What is Blackfishing? How to find out if you’re a culture vulture
By Nina Collavo 2 months ago

What is Blackfishing? If you don’t know, it’s time to read up on it.

It’s an old story– when white voices repeat what Black artists have been saying, their voices get amplified. This happens in all American cultures, but music has seen some of the most egregious examples.

Rock and Roll was pioneered by Black artists who were pushed out of the spotlight. Elvis Prestley’s early career saw him re-recording hits from Black artists, bringing accusations of theft and plagiarism.

But now that music-making has been inextricably tied with image, this imitation goes beyond the aural realm and into the physical. Some have argued that the recent body ideal of being “slim-thick” is an impossible standard that transplants Black features onto white bodies.

The sexuality of black women has always been a source of fascination in the music industry: consider the shock-based success of “WAP” or “Anaconda.”

Though the lines are always blurry on matters of cultural appreciation versus appropriation, posing as another race for profit is egregious.

After collecting their paycheck, the white artist can shift back into their white persona whenever they like, sidestepping the daily racism that Black people cannot avoid.

With her single “I Am the Strip Club,” Iggy Azalea has faced accusations of blackfishing after appearing several shades darker than her natural skin tone.

She denied the allegations, saying on Twitter: “It’s the same makeup from every other part of the video just with a Smokey eye and different wig. Just ignore them. Who cares?”

Ariana Grande also comes to mind: though she is Italian American, in her single “7 Rings”, she sports a dark tan and fake hair, singing from a trap house about money and bitches.

All these things have ridiculed Black artists, but “7 Rings” turned out to be one of Grande’s biggest hits in recent years. Fans have also noted the gradual darkening of her skin throughout her career, though she appeared pale and freckled on the covers of magazines like Elle and Vogue.

How she’s spoken has also changed, with Grande adopting phrases and vocal mannerisms from the Black community. But Grande and Azalea are only two examples of a societal phenomenon spreading further and further.

Because of the proven marketability of Black aesthetics, many white influencers have subtly shifted their appearances into something more racially ambiguous to appeal to the widest possible audience.

Who gonna tell her?

Then, they leverage their larger audiences for more brand deals and sponsorships, and just like white musicians skimming off Black culture, make better profits than the vast majority of Black influencers.

This leads to a phenomenon some refer to as “Instagram face”: since most influencers are editing their photos to match the same idealized body type and face, there is an uncanny similarity from page to page.

When this is the standard that young white people see in their favorite musicians and on their social media, it can be hard to resist the urge to measure up.

You can stay up to date with all of Jesy Nelson’s blackfishing below via the Reddit thread.

Before trying on that waist trainer or getting a spray tan, consider how blackfishing impacts the Black community.

Instead of perpetuating the beauty standards that capitalize on Black features while ignoring actual Black people, try embracing your features unapologetically so that Black peers might do the same.

It’s easier said than done, however. Young people of all races feel the pressure to change themselves. It’s a capitalist endeavor to the core, exploiting insecurities from all kinds of people to sell products promising a transformation.

While Black people struggle to wrestle their ethnic features into something palatable for white society, white people are profiting off those features with none of the same struggles.

Beyond being exploitative to Black culture, consider that these changes are often fruitless in the face of a constantly-shifting body ideal. We are all chasing after the mirage of an ideal body, an image that always seems to be changing.

Many are forecasting the return of 90s heroin-chic skinny and the end of the slim thick reign, and things seem to be moving in that direction, as celebrities are beginning to remove lip injections and butt implants.

When you think about, ‘What is Blackfishing?’ think of it this way. Your body isn’t like a shirt you can take off at the end of the day: it’s your permanent home and something you’ll never be able to change completely.

Black people know this better than anyone, and until racial profiling and discrimination have been alleviated, white people should stop adopting and abandoning ethnic features whenever they find it convenient.

The only way to win the blackfishing game is to stop playing.

By supporting the natural appearances of people from all races, we can move towards a reality where white people no longer profit off Black aesthetics, and all kinds of people receive equal amounts of exposure and opportunity in the cultural sphere. 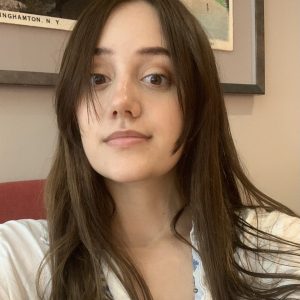