Throughout time there have always been words that come and go. Buzzwords which, for a moment in time, capture our interest and temporarily permeate our vocabulary.

Words like “tight,” which I’m pretty sure is played out and like “awesome,” which is not the same stamp of approval it was a couple of decades ago.

But there are also phrases that stick and end up holding a permanent place in our everyday vernacular. We’ve seen it with terms like “turnt,” and  I don’t see “lit” going away anytime soon.

They’re expressions that resonate beyond cultural boundaries and have a relatability that makes them last. I see the same for the phrase “ten toes down.” 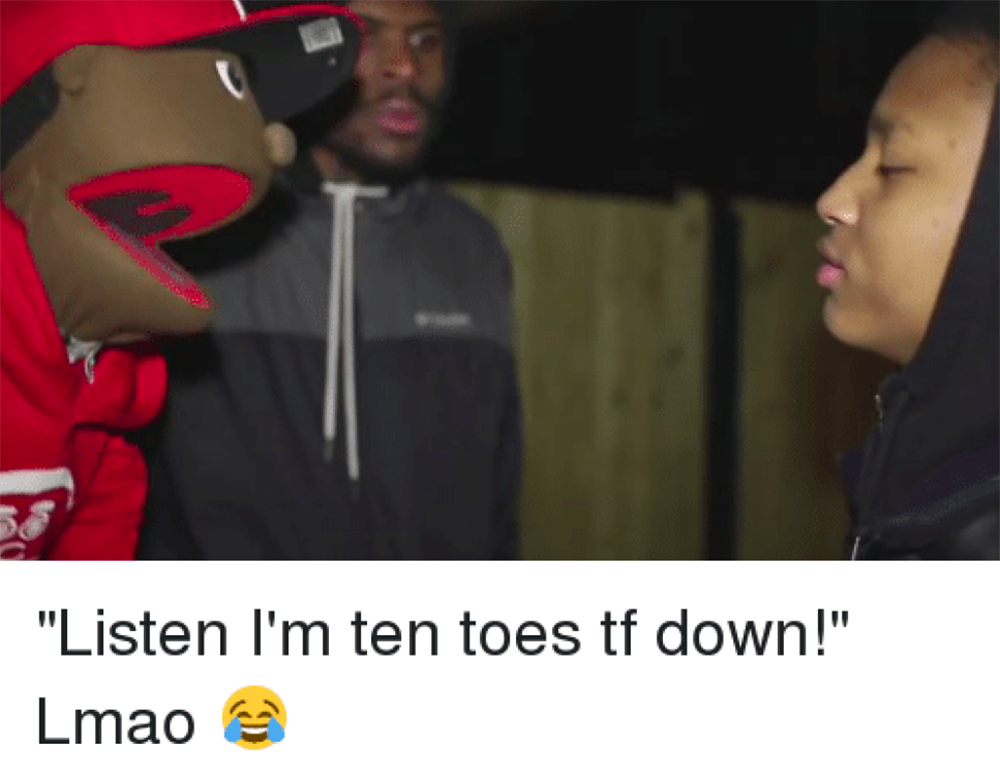 The Urban Dictionary defines it as being committed to something — “to devote 100% of your support towards a thing — which, in an atmosphere where self-deprecating vices are celebrated, is actually refreshing.”

Although mostly used in rap, the idea of being ten toes down is actually a lot more transferable than it appears. It comes off as this badge you must ear and like this status you must strive to with how gritty it sounds and all, but it’s actually something you can do every day, in every aspect of your life.

We obviously all (for the most part) have ten toes. So, the emphasis on them being down is nothing more than a clever way of saying that you’re grounded — which is actually harder than you think.

When you’re grounded you understand that it’s never just you and that along the way, it’s the little things that make it happen.

Forgetting this is detrimental because it makes you lose touch with, not only where you’re from or how you’ve made it, but with yourself.

In everything, be ten toes down. Don’t get too high or too low. When we’re even-keeled, we have the levelheadedness to keep performing at a high level.

The reason why “ten toes down” has been so naturally adopted by the hip-hop community is that there’s a toughness that the comes with the phrase. There’s a sense of pride being unmovable, which, when you’re planted, you usually are.

Freight or flight is not only used to describe our actions when a during a dire situation but is also applicable in dealing with everyday life.

There are situations in the workplace, in relationships, within, etc, where those two options present themselves. When you’re ten toes down, you weather the storm when needed, and you don’t run.

Similarly, when you’re ten toes down, and when you stand by your word, you’re going to evacuate the scene when it includes your involvement with something you don’t stand for.

When you prove yourself to be someone who is unshakable in what you say and mean, you’re not only tough, but you’re someone everyone will want on their side.

Most of all, being ten toes down embodies integrity. At the end of the day, it’s all about being able to stand for your own words at all times, yet finding people like that is a rarity.

When you claim to be ten toes down, you’re claiming that you’re reliable and that you vouch for your actions. A lot of people only have nine toes down or one foot in and one foot out, but there are only a few who truly understand commitment, which is why the phrase has been so popular to champion.

Loyalty is a currency that will always hold value and I think people are just starting to see that. We all should strive for integrity and encourage it out of one another. The phrase “ten toes down” is making honesty sexy again and it’s something that’s been long overdue.

So, try and be ten toes down today — every day, in fact. When you are, you will receive it back. That’s just how the universe works.