For years food and fashion have had somewhat of the same connection as music and style. We can remember how Ronald McDonald dressed in the yellow and red outfit, as well as what jacket the Gordon Fisherman had on.

Let’s not forget to get Chef Boyardee’s chef hat. All the fashion statements that signal food in the brain. What has evolved since these icons came on the scene is how designers have interpreted food for the masses through fashion. 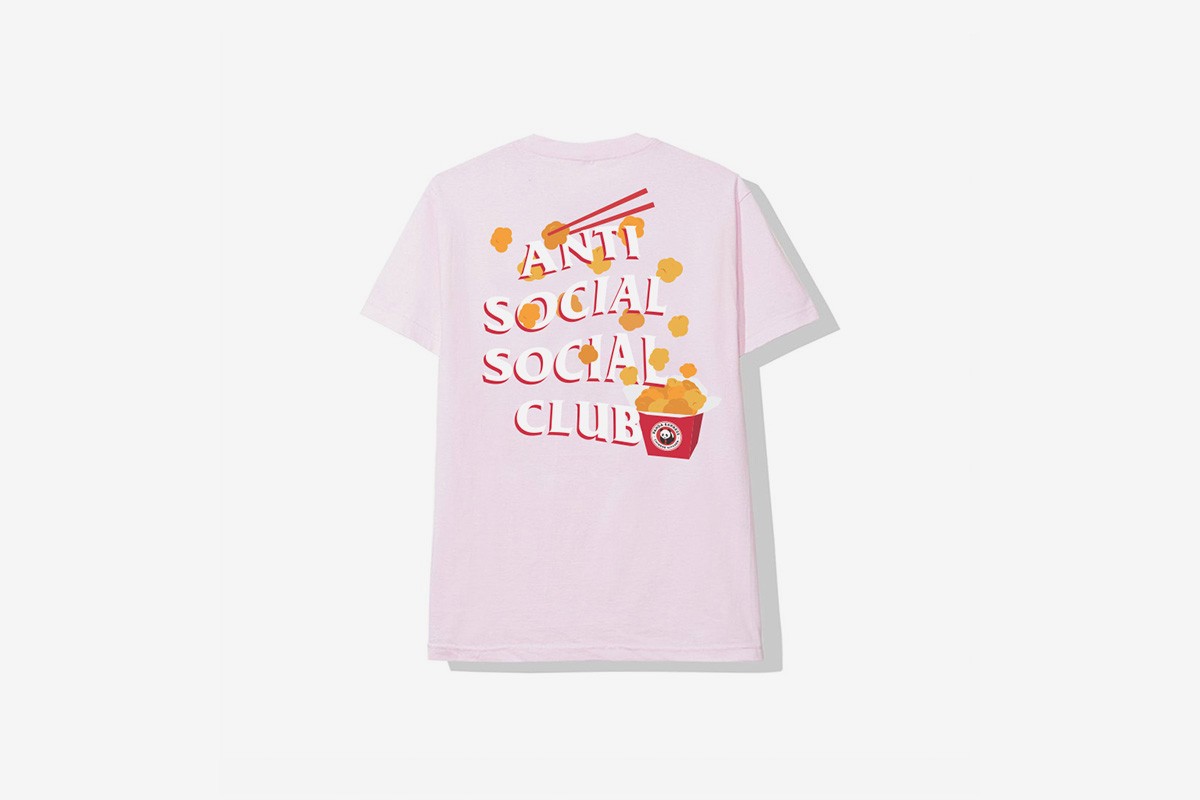 Collaboration between some iconic commercial food and beverage brands with some familiar designers and artists have been more relevant due to their bold take on implementing the comfort foods that Americans and those around the world love.

Even from across the pond, Papa John’s saw an opportunity to apply some drip to its resume, boldly asking Vetements, the Georgian streetwear line founded by avant-garde designer Demna Gvasalia, to collaborate on a collection.

We have yet to hear from Vetements.

The next #Vetements collab should be with Papa John's.

Now there are more elaborate collaborations between some of the fast-food giants in existence and from recent years. From streetwear brands to high-fashion labels, there has been enough to go around.

And even taking from the idea of food and community, some brands have included cuisine as apart of there fashion presentation.

Anti Social Social Club is the most recent culprit in staining their designs with some food we can all relate too. The Social Club’s collaboration involved the Asian comfort fast-food Panda Express, highlighting their famous orange chicken on printed designs on the back of the hoodies and t-shirts.

They have also included Panda Express hats that employees could probably get away with wearing at work, as long as the manager doesn’t see the Anti-Social Social Club logo placed on the side of the adjustable dad hat.

Anti Social Social Club has also collaborated with different brands in the past including the Los Angeles’ Boys and Girls Club, United States Postal Service, Hot Wheels, and Ed Hardy.

Identifying herself in person as M; her name meaning Me Love Me a Lot was ecstatic with the idea of creating – something with Kentucky Fried Chicken.

“When I heard about the opportunity, I thought my manager was joking” she recalls to Paper magazine. “That’s what I love about it.”

The Seoul-born Korean artist took the comfy shoes known as Crocs and added some KFC flare.

The shoe itself acted more as the bucket, with red and white familiar stripes of the KFC buckets. The top part of the shoes was designed to look like the classic fried chicken peeking out from the bucket.

Additionally, there are life-size fried chicken pieces as removable Jibbitz that are synonymous with the Crocs community as these pieces used to customize and personalize each pair at the toe of the shoes.

Jacquemus designer, Simon Porte, infused cuisine into his presentation for his Fall 2019 menswear debut giving us intimate engagement over fleeting clothes down a runway.

A bread loaf branded with the Jacquemus logo was sent out as an invitation. The set for this presentation was created by Alix Lacloche, a Paris-based chef, who put together a classic French breakfast spread.

The collection was inspired by the workwear of the bakers and farmers of the Montpellier area where rural life is prominent still.

Some more notable food and fashion collaborations have been the 2014 A Bathing Ape x Coca-Cola collab. This collab coming after the Bape x Pepsi collab years before which involved camo printing bottles and cans.

A Bathing Ape took the iconic Coca-Cola brand and turned it Bape camo. Including this print on their famous full-zip hoodies, as well as G-Shock watches, hats, and glasses.

All the product was subtly branded with Coca-Cola’s logo and Bape’s ape head logo. This was when Bape would partner with the most unassuming of brands but elevating those brands to hypebeast desirability.

And how could we forget the gaudy effect Jeremy Scott had on the unofficial Moschino x McDonald’s collaboration also in 2014.

Taking the Mickey D’s logo and tinkering it to fit the Italian luxury streetwear aesthetic Moschino boasts. The fusion was more fashionable than it was of a hungry hypebeast kid’s dream.

From red happy-meal box purses with yellow and red chains to french fries on the back of phone cases, the collection was the ketchup and mustard of the high-end fashion industry which usually eats steaks.

The Moschino logo branded in McDonalds fashion under the skewed M logo on cashmere sweaters and red and yellow coats other accessories to match.

“Moschino: Over 12 Million Served” replaced the McDonalds slogan feature on the items.

The red and yellow colors of the collection were triggering enough that the items sold out on Moschino’s website, not surprisingly as everyone can attest to loving McDonald’s at one point in their lives.

Reminiscent of Carrie Bradshaw, the Sex And The City protagonist who had an affinitive affair with McDonald’s and their food throughout the series on HBO.

Like Carrie, we all can see ourselves at fast-food restaurants now and again. As she brought her then-boyfriend McDonald’s just before leaving he left for Paris, we may only think of these foods in a clutch.

Whether at three in the afternoon or three in the morning, getting our fix for the foods that remind us of humbler times.

Read this article and more like it on PAGE magazine.

Previous ArticleTeam Liquid keeps it drippy with Marvel to celebrate a year of collabs
Next ArticleDefund NYPD: Why it's time to redirect money towards community
MOST POPPIN’