The hashtag #RIPJKROWLING was trending on Twitter earlier this week. There has been a wave of pushback on the Harry Potter creator’s account and a rejection of the continued support of her books after her repeated dangerous anti-trans rhetoric.

I still cannot believe JK Rowling has written a novel which implies that trans people can be villains.

We in the LGBTQIA+ community are ALWAYS compassionate and loving and committed to justice, peace and basic human decency. #BeKind #LoveWins #RIPJKRowling pic.twitter.com/H2OnMVWoex

Bookstores across the globe are pulling JK Rowling’s series from their shelves. Teens on TikTok have even made a trend of burning her books, saying that you cannot fully separate the author from their work.

While Rowling’s earlier work may have inspired generations, her current actions cannot be ignored. Instead of reaching for another JKR novel (or one under her pseudonym Robert Galbraith, a name she “unknowingly” shares with an anti-LGBTQ+ gay conversion therapist) here is a list of trans and nonbinary authors that we can add to our bookshelves instead:

This collection of stories is adapted from the “Children’s Stories Made Horrific” series. Each turn of the page embarks the reader on a complex, alarming, and emotional rollercoaster. Much like how it is for trans and non binary youth to grow up amidst exclusive and dangerous rhetoric like that of (RIP) JK Rowling’s.

Read The Merry Spinster in the dark or in broad daylight, these fairytales are imbued with psychological horror and mischief.

The Map of Salt and Stars by Zeyn Joukhadar

In 2011, we meet Nour, the daughter of a cartographer, who moves back to Syria from NYC after her father passes away. When Nour and her family get there, they find that the Syria her mother once knew has drastically changed. Together they embark in a challenging journey to reach safety in North Africa.

In another timeline, 800 before Nour, was Rawiya or Rami. Sixteen year old Rawiya adopts a male alter ego to become the apprentice to al-Idrisi to help her impoverished mother. Under al-Idrisi’s guidance she travels across the Middle East to North Africa creating a map of the world and encountering all kids of fantasy creatures and historical figures.

Freshwater is the Igbo and Tamil writer, Akwaeke Emezi’s debut novel. The story centers around Ada, a young Nigerian woman and her coming of age.

After coming to the United States for college, she is the victim of a traumatic assault that leads to her developing alternate selves: Asụghara and Saint Vincent. The novel explores the self and how we shape our identities.

An Unkindness of Ghosts by Rivers Solomon

Aster is a dark skinned intersex girl that loves botany and learning basic medical practices to care for other “Tarlanders” taking this journey with her. During the long voyage to save humanity, society on the ship fell to white supremacy and segregation. The story centers on critiques of power and the relationship between the oppressor and the oppressed.

These themes of exclusion and dangerous societal segregation stand in stark similarity to recent statements made by the famed Harry Potter author. RIP JK Rowling.

Felix Ever After by Kacen Callender

A shift from the rest, this novel and soon to be Amazon series, tells the coming of age story of a young transgender teen from first loves to self discovery.

Felix Love has never been in love, and while proud of being black, queer, and transgender, there is still a voice in the back of his head telling him that he is “too much.” This is until a catfishing scenario ends him in a love triangle that is indeed too much.

Who I Was With Her by Nita Tyndall

Corinne Parker may have something to say about that. If there were two things she knew it was that she is in love with her girlfriend, the captain of the rival schools cross country team, and that she isn’t ready for the world to know she is bisexual.

When Corinne’s girlfriend Maggie dies, she is left to pick up the pieces of her broken heart and grief. Who I Was With Her is a story about young love, loss, and a radical notion of being true to yourself.

Check out these books from talented trans and non-binary authors. There is no place for exclusive and divisive rhetoric like that from JK Rowling in the book world. RIP JK Rowling. Start to listen to authors who know the struggle, and accept everyone for who they truly are. 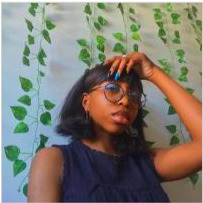 Previous ArticleBees & brutalism: The surprising spectrum of Russian TikTok songs
Next ArticleDon't sleep: How Puma is positioning itself to dominate the 2020s
MOST POPPIN’