Ralph McDaniels is a certified hip-hop legend and he has the catalog to prove it.

Capturing hip-hop culture for the various media outlets he has worked with and as the brain behind Video Music Box, McDaniels has amassed rare content of Hip Hop’s upbringing in the streets of New York City.

Images and videos of the greats during their come-ups as well as their peaks. Ralph McDaniels’ name still holds sentimental value to those who have done their homework when it comes to rap’s come-up. 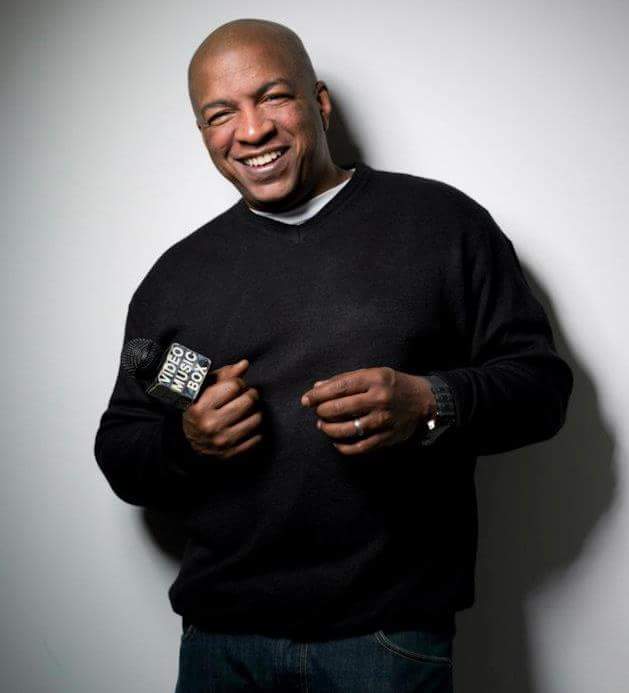 Born in Brooklyn, growing up, hip hop was the epicenter for youth culture. Interested by the vibe it brought to the New York City streets and the neighborhoods they stemmed from, Ralph saw an opportunity to get involved. Not as a rapper, DJ or producer, but as a documentarian.

He had the vision and foresight to realize that this birth of hip hop needed to be documented. Acting as an anthropologist to this era of hip-hop history, the perspective of this genre of music was authentic as Ralph video jockeyed the uncommon music videos on secondary channels on basic television here in New York City.

McDaniels grew up in an era well before Wi-Fi and digital. Parties were thrown with little to no marketing presence, as you ‘had to know’ what was the play for the evening.

Any effort to garner a large crowd would have to endure weeks of promotion to get thousands to show up. Flyers were rare but when they soared, DJs and dancers were the first to know and the promoter would summon their crowd.

No internet to tell anyone.

“It was a need to know basis. People who knew each other… Hip-Hop and underground music didn’t get promoted on the radio. So, you didn’t hear about it on the radio. Back then that was the only way.”

“The dancers knew all the DJs, you know. All the graffiti artists might know the promoters. That’s how it began.”

Welcome to the party 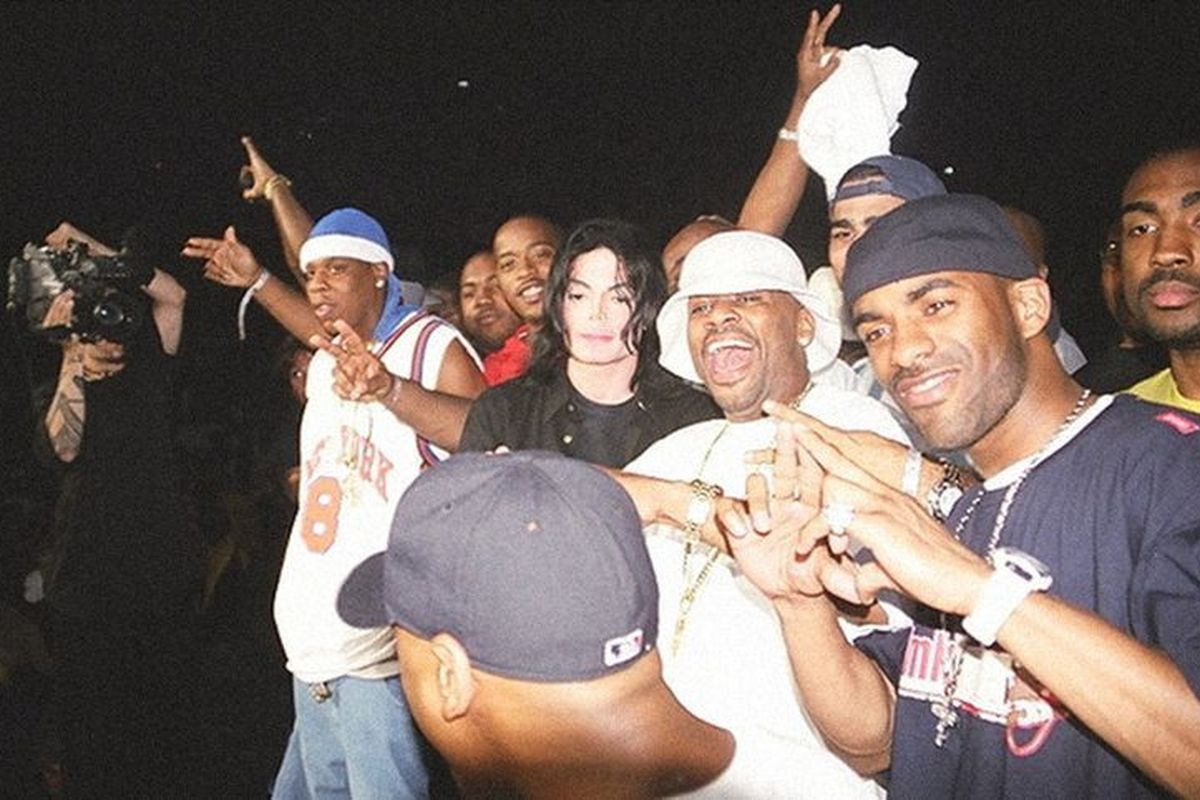 The parties happened all over the city at venues that no longer exist today. Stories are only told from the vantage point of the OGs.

The Tunnel and the Latin Quarter in Manhattan to The Ark in Brooklyn, Ralph was there, to name a few. Camera in hand and always in the middle of the crowd getting content, McDaniels was an active member of the hip-hop community.

His love for documenting got him in the doors of famed locations and with ease he’d navigate the scene and capture the most unassuming moments and interactions of the pioneers in hip-hop and street culture.

The love came with long hours dedicated to capturing and editing footage. Ralph would stay up all night.

“Shooting at like, one o’clock in the morning. By three o’clock, we were in and out. By eight in the morning, we finished editing it so we can get it on TV that afternoon. Then you had to wait! You couldn’t just post it as you do now. You had to wait for your time slot.”

“My first mindset was to get it on TV. That was the most important thing. Nobody else was putting this on TV. So, it was revolutionary to do something like that.”

The local station was NYC-TV, and it connected the hip-hop community through Ralph’s diligence. He would go in and keep that routine of interviewing rappers and hip-hop patrons while documenting and providing a stage for the generation of talent in an underserved group in music.

He then created a platform for artist and their music videos, something that was new at the time, to have a home and fans can check-in. Video Music Box was born from the beat of New York City in that era.

A “true form of art,” as Ralph refers to it. He saw the exposure as an opportunity to voice political and social issues amongst these factions. Granting opportunity, he not only pioneered hip-hop, but he was also creating a platform for those who are from those places to look to for inspiration. 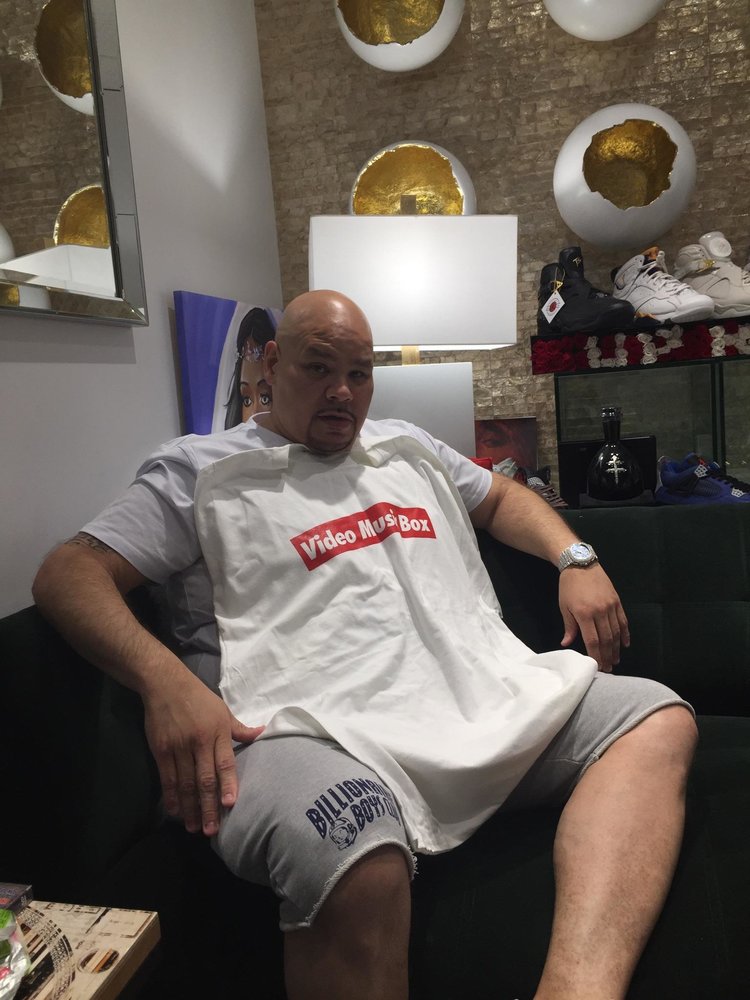 Working closely with Kool DJ Red Alert in those years, the two were outlets for the city’s most talented MC’s to get ears and eyes on their style and message. They nurtured careers like Fat Joe.

Joe recalled, “to these guys, believe it or not, Fat Joe is Little Joe.”

And he goes one, “this man literally changed my life – I gave [Red] my demo and I remember he ain’t play it for like two months, I was in Forest project, and I had the flu, and out of nowhere, it started playing out the speaker – and I jumped to the ceiling. I took the speaker and threw it out the window.”

“I started screaming, ‘Yo! Red Alert is playing my joint!’. Long story short, that song – rest in peace Chris Lighty – ended up being Flow Joe which was my first single ever. [Red Alert and Ralph McDaniels…]”

Today, Ralph is into what the newer generations have to offer and has his ears to the beat. Although it takes a while for the new sounds to rest on his ears organically, he can always connect the dots from his era to the vibrations of today.

Artists like Koffee resonate with Ralph. Talent like hers is a hip-hop sound that chartered in the reggae influences of the early ’90s in hip-hop.

This included the bombastic sounds of Shaggy, Shabba Ranks, Buju Banton, and Supa Cat, who collaborated with Notorious B.I.G. and Puff Daddy early in their careers. Artists of today have reached for that formula time and time again.

As I inquire into more of Ralph’s plans for the hip-hop industry today, he insistently replies “Yes, that’s the key to it all.” VideoMusicBox.com is gearing up to be the digital hub for this rare and unseen footage. He claims this project will act as a non-profit and archive for preserving hip-hop culture.

Ralph has captured freestyles of Old Dirty bastard, interviews with LL Cool J and Jay-Z at club performances that are for sure keepsakes.

Ralph McDaniels had a plan all along, traversing the hip-hop scene for generations. He wants to keep these memories as a historical currency that we can always refer to as our holy grail. McDaniels defines himself as a ‘Cultural Progressive” always attuned to something new.

And a historical center for hip hop is just that.

Look out for this Article on PAGE magazine.

Previous ArticleDown to the last nug: Tips to conserve your weed during quarantine
Next ArticleFormer NFL player Myron Rolle turned doctor is inspiring us to do our part
MOST POPPIN’