Gender equality has made significant strides over the last decade but it’s imperative that we continue to push the inclusivity conversation forward.

Conversations around the gender pay gap, parental leave, sexual harassment, and flexible schedules have entered the mainstream, urging workplaces of all kinds to address these issues head-on and put fixes in place.

While these discussions are of course a step in the right direction, true equality goes a layer deeper, seeping into our everyday lives—evidenced in everything from how we depict our workforces to how we talk about them.

We need to look no further than phrases like “She-EO,” “Girl Boss,” and “Momtrepreneur,” all of which have risen in popularity to become common monikers for women in the workforce.

While these descriptors were initially intended to empower working women and highlight their successes, their presence may actually have the opposite effect, instead of reinforcing harmful stereotypes and unintentionally excluding non-binary people from work culture.

Given that World Inclusion Day was just celebrated on October 10, now is the time to analyze and audit the imagery and terminology we use to ensure that we’re being as intentionally inclusive as we can be, and avoiding gender bias at all costs.

First off, we must recognize the role that intersectionality plays in the workplace—after all, none of us is just one “thing” or one “identity”—and prioritize these conversations to ensure that we are aiming to treat everyone equally, regardless of their backgrounds.

In fact, according to a recent report by Ipsos for the Unstereotype Alliance, intersectional advertising that represents people across a variety of social categorizations grows and deepens consumers’ ties with a brand, and has few downsides.

So whether you’re a brand, a marketer, in-house or agency-side, keep these practices in mind to ensure that you’re approving your visual and copy choices with intentional inclusivity top of mind:

A post shared by iStock by Getty Images (@istockbygettyimages)

Language and imagery reflect and reinforce social norms. The more we rely on siloes and stereotypes, the more we miss out on widespread representation.

While terminology like “Girl Boss” may bring images of female leaders to mind, it also unconsciously reinforces societal norms around men in power.

By slotting a gender qualifier in front of “CEO,” it reveals that many of us still view words like “boss” “CEO” “power” and “warrior” to be male-dominated roles and we need to collectively, intentionally shift away from that concept.

Think about it: many entrepreneurs are fathers, but they’re simply referred to as “entrepreneurs,” without anyone feeling the need to bring their children into the mix.

Men are able to separate their professional identities from their familial identities, but a woman’s gender and parental status are often anchored to her other accomplishments.

Using these nicknames for women minimizes their work experience by reinforcing the idea that they are women first and leaders second. This also adds to the unconscious bias that women may not be as fit for a job because of societal expectations or perceived familial responsibilities that can be distracting or take precedence over their careers.

According to iStock’s Visual GPS data, 72% of people worldwide said it’s important that companies they buy from celebrate diversity of all kinds.

Yet, the same people said that only 14% of companies they use show a lot of diversity in their communications. By increasing visuals of intersectionality, brands are able to tell a more broad and inclusive visual story and be more relatable to their audience.

iStock also found no evidence that customers were searching for phrases like “manpower”, “boss man”, “strong man” and “male leadership”. However, there was an increase in global searches for terms such as “strong women” (+39%), “women power” (+38%), and female leadership (+509%).

Broadly, this indicates that marketers are trying to be more diverse and inclusive in their visual choices, seeking to move away from more traditional (and harmful) stereotypes of women, but are still unconsciously calling upon traditional distinctions made between men and women.

By being cognizant of the nuances in behaviors and language, brands can steer clear of these stereotypes and also actively fight against them.

Gendered workplace terminology becomes even more harmful when we consider that not everyone conforms to traditional gender identifiers. This is to say that by choosing to focus only on male- and female- gender identities in the workplace, companies, and brands can unintentionally ostracize non-binary individuals by excluding them.

More than 1.2 million adults and 1 in 4 LGBTQ youth identify as nonbinary in the U.S. alone, and if you don’t speak to them in authentic, representative ways, you’re removing them from the conversation entirely.

iStock data further demonstrates that most people are in favor of a more evolved gender expression.

As such, there’s a tremendous opportunity for the workplace realm to lead by example, by being mindful of the language and depictions they use so that they can create more inclusive spaces.

Many marketers are well on their way, as terms like “nonbinary person” are up 106% in search volume on iStock, as well as “nonbinary gender” which is up 108%, “gender diversity” which is up 121%, and “gender fluid” which is up 99%. Momentum is present, but room for improvement remains.

When we take women’s and non-binary folx’ experiences into account, it becomes clear that bringing gender into the workforce can dilute one’s accomplishments, create an exclusionary environment and create a culture of “othering”—and it’s completely unnecessary.

By centering communication instead around the work and activities employees have and enjoy, brands and businesses of all sizes can create a culture that celebrates the individuals themselves and their milestones, without fixating on qualifiers and identities.

When imagery and marketing materials are thoughtfully considered with an inclusive lens, the opportunities to create lasting connections with customers are countless–not to mention the opportunity to help us all inch a bit closer toward true, tangible equality. 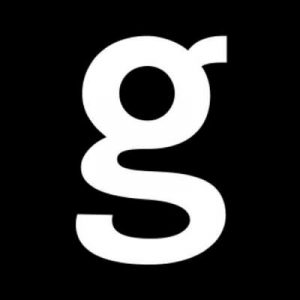 Moving the world with images.