Sports and fashion are not mutually exclusive. In fact, their coexistence breeds some of the hottest material the world has to offer.

Presented by Converse and hosted by Overtime Larry, each episode will feature three customizers engaging in new challenges with a blank Converse shoe as their canvas.

First off, Converse shoes are hot. Chuck Taylors are some of the sleekest shoes ever made. But the opportunity to take a blank shoe, a clean canvas, and create something new on it? A piece of artwork that you can take everywhere with you on the top of your sole? That is special, fam.

Fans of sports and fashion will get the chance to peep some of the most creative designers create new looks on “Paint Wars.” They will specifically be working on the Chuck Taylor All Star and Pro Leather, as well as the brand’s flagship performance hoops shoe the All Star Pro BB, the newly revealed Converse G4. 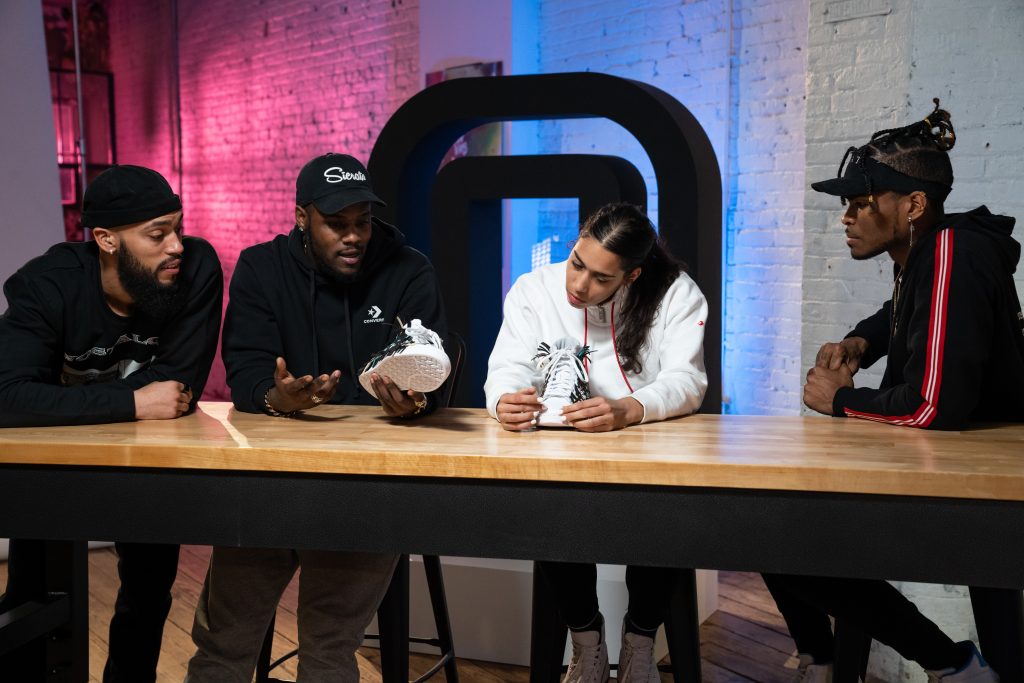 “We all look to express ourselves creatively – athletes included,” said Tyler Rutstein, General Manager and Head of Merchandising at Overtime.

Rutstein mentioned the loosening NBA sneaker color restrictions as an example of the world of sports welcoming in fashion with open arms.

“The vibrant colorways and customization on the court have become a game in itself. You don’t need to fit into any sort of bucket – you can like both sports and fashion. Overtime is a space where all of our fans can be inspired to watch, engage, create, and ultimately wear us.”

Iconic sneaker artist Sierato will act as a judge on the show. Sierato is currently featured on Overtime’s popular series “Trick my Kicks,” and is one of the hottest shoe designers in the game. 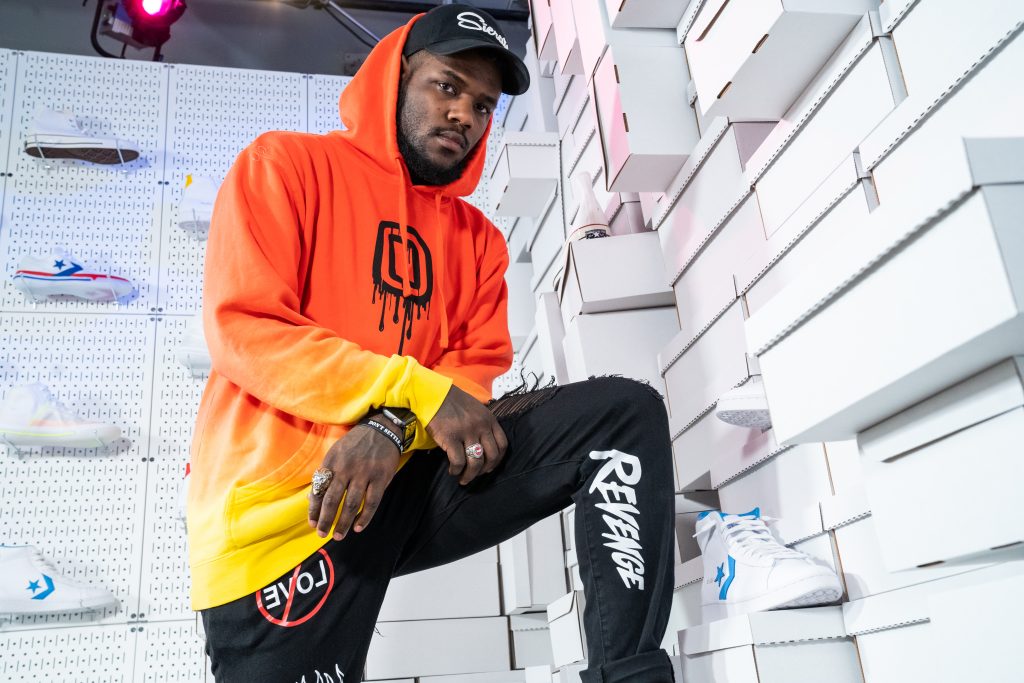 He has also collaborated with Overtime to launch an exclusive Overtime x Sierato apparel collection inspired by the series. Hoodies and tees are offered in Cloud Blue and Fire Red.

Chloe Pavlech aka “Overtime Chloe” will act as the second judge on “Paint Wars.” And each episode, a new popular sneaker enthusiast will act as the third judge, with stars such as Lil Pump, hip-hop illusionist Jibrizy, high school basketball phenom Julian Newman, and WNBA champion Natasha Cloud scheduled to appear.

What y’all think @lilpump asked me to make him? 👇🏾👇🏾 DROP some 🔥🤘🏾🎨 random emojis and your guesses. The person who gets closest gets a free shirt from my new collection! (Swipe) @overtimefits

Overtime’s partnership with Converse highlights the dedication of these iconic brands to combine two facets of the entertainment world together, sports and fashion.

There is no shortage of athletes who have broken into fashion. Collaborations, partnerships, even just showing love to one another is commonplace now in the world of entertainment.

Overtime and Converse’s unique collaboration on “Paint Wars” will showcase raw and innovative design right before our eyes, and help reject the notion that sports and fashion operate on separate planes.

Athletics and design boil down to creativity and entertainment. “Paint Wars” will give us both in surplus.

Previous ArticleInstagram Is The Perfect Place For Introverts During Social Distancing
Next ArticleVirtual music and theatre: Will it be good or bad for business?
MOST POPPIN’