The road to ‘Victory Lap’: How Nipsey Hussle did the majors the right way

Last night Los Angeles rapper Nipsey Hussle revealed the album cover along with the lead single, “Rap Niggaz” to his first ever studio albumVictory Lap, set to be released February 17, 2018.

And here’s the video for the new track:

You would think that after more than a decade in the game, countless mixtapes, and gracing magazine covers that Nipsey Hussle would have long released his debut studio album.

It was in 2010 when he graced the cover of XXL of which he shared with the likes of J.Cole, Wiz, and Big Sean. 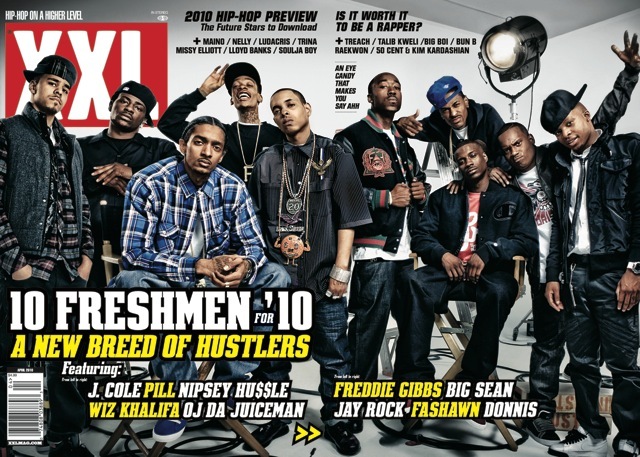 He’s had commercial success with “Killers”, which featured Drake back in 2013 and his Marathon series has had nothing but rave reviews. Yet despite spending two years with Cinematic Music Group and Epic in 2008, today is Niosey’s first stab at the major circuit.

Signing to a major label has the perks of nabbing you big name features, a first class press run, and distribution in any retailer under the sun, not to mention the advance.

But it wasn’t until this past November that Nipsey and his label, All Money In LLC entered a strategic partnership with Atlantic Records.

So why the delay?

When talking to Power 106’s The Cruz show in L.A. yesterday, Nip spoke on remaining patient, waiting for the right deal and maintaining creative control.

“I’ve been real adamant about being in control and maintaining equity and ownership and being a partner at the next level,” Nipsey said to Cruz. “It took a lot of work; we had to get our weight up in outside of the traditional ecosystem of the industry — we had to build it outside that. Once I felt like we got it to a certain level, what were asking for, and the terms we wanted them to be met on, it made sense.”

And leading up to this moment, that’s exactly what he did.

With no label to back him, Nipsey incorporated an innovative #Proud2Pay campaign, creating limited edition opportunities for fans who purchase his music. 2013’s Crenshaw went for $100 a pop, making $100,000 in a day in 2014 he sold 100 copies of his mixtape Mailbox Money for $1,000 each.

Hussle explained in a 2015 Forbes interview,

“I think you can give a pure artistic product if you understand how to build your own industry. A solution built by an artist serves the artist more than the solution the capitalist comes up with.”

The high school drop out who used to shine shoes for clothes has a partnership with the digital currency corporation Follow Coin and has his own merch store which he can fully operate from an app on his phone called The Marathon.

No wonder he was in no rush for a deal.

Now it seems that Nipsey Hussle’s plan is finally entering its final form.

According the Nip, Victory Lap is about his journey in between major labels, the business deals, and what it means to build your platform to a point where you can negotiate on your own terms.

With the release of his single today, we’re finally getting to see the final product to what has been a long-term vision for Nipsey.

Maybe now LeBron won’t be the only one who gets to bump it.

Previous ArticleDude running for mayor in Cali is trying to legalize... magic mushrooms?
Next ArticlePeep Meghan Markle as a woke 11-year-old speaking out against sexism
MOST POPPIN’