His face isn’t on billboards, he’s not on your local radio and he’s not in any impending beefs that you’ve heard about, but, by all means, Naji is one of the most brilliant talents in music and business today.

You just haven’t heard of him… yet.

With a deep soothing tone that mends all too well against the synths, 808’s, and mellowed instrumentation he selects, when it comes to the resurgence neo-soul, Naji must be mentioned.

His most recognizable song comes from his collaboration with producer Monte Booker on a 2016 song titled “Mona Lisa” for Soulection Radio. The tune’s soft draw is brilliantly composed, taking you on a journey of graceful falsettos and drums. He and Monte show the utmost chemistry and lowkey had the bop of the year that year.

And ever since then Naji has been growing and maturing into his own.

And if you’re still not exhausted from his workload, he also runs his own creative platform, Thousand Story — a multi-dimensional, multi-purpose production company inspired by Pharrell’s I Am Other that allows users to track data insights and music distribution powered by Stem. It also provides resources for aspiring artists of all backgrounds who need a space to launch their projects. 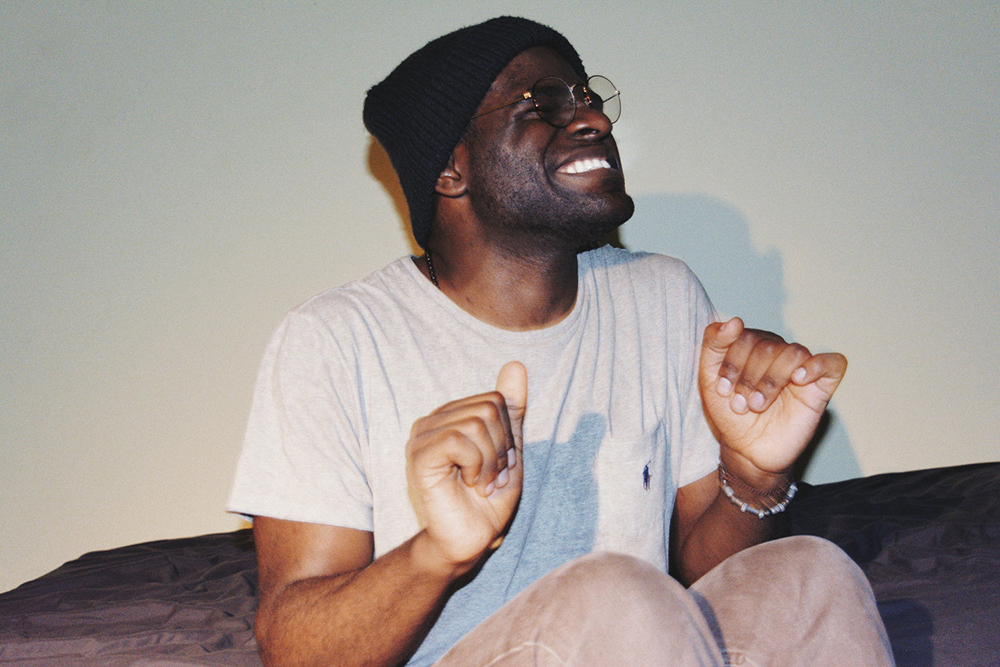 This not only is it gives Naji the power of recognizing his truest base, but it’s a prime example on how to legitimize artist independence. It’s why he’s recruiting creatives to come and why he’s releasing his debut album via his very own platform.

In an interview with Kulture Hub, Naji spoke on getting into the business side of music which, come to find out, is something he’s aspired to do “the moment he decided to pick up an instrument.”

“I’d always loved playing music, but I’ve also thoroughly enjoyed the thinking of every aspect about it. I remember being 7, and so curious as to how music even showed up in digital stores. I spent hours thinking of what tools artists and musicians had that I didn’t, as a listener. Knowing and understanding that process was just a naturally-occurring thought, so when it came to actually doing it, I was already prepared to go through the work. But I’m weird like that, I guess lol ”

And Naji assumes correctly — everyone’s not juggling both entrepreneurship and being a full-time musician. He is built different, which is why it’s surprising that he isn’t a household name, yet.

However, when speaking to Naji about national recognition and whether he feels overlooked, his response was refreshingly humble.

“Acclaim comes over time, so I’m not stressed about the short-term. If it’s really that good, people will find out eventually. If not, then that means I have a metric from which I can I can improve. Either way, it’s a blessing just to be able to say ‘I made this.'”

Additionally, Naji knows he’s still honing his sound and really zeroing in on what works. In fact, he calls his best studio album a “test pancake.”

“It feels like my test pancake. Like, if you’ve ever made homemade waffles/pancakes, the first pancake that hits your skillet is INCREDIBLY hit or miss. Sometimes, it ends up being your best work. Other times, you find out you put way too much baking soda in, hahaha. Up until now, my songwriting process has been from a single/consumable mindset. Knowing that it takes a lot of awareness to make a name for yourself, I spent most of my time writing singles in as many genres as possible and being features on other people’s tracks. And that’s done me a great service. But making an album is different. Creating so many songs that are cohesive with each other, developing a storyline, visualizing an entire audial concept — that is a whole other challenge. I’ve been trying to make different incarnations of this project since 2015, and it started out as a mixtape. So overall, it definitely feels like my test pancake, but many might see it as something more, which is great! ”

While Lil Pump, Trippie Redd and whichever face-tatted artists blow keeps signing major deals, Naji has the vision of providing resources to artists so they can stay independent and keep their publishing. According to Naji, a major deal is not the only option anymore.

”If your goal is to make money, educate yourself on every way an artist makes money and weigh ALL of your options. Indie could be your route if you really wanna maximize your longevity in the business. But if you just wanna pop off a quick hit and check it off your bucket list, you may wanna seek a major.”

That’s Naji’s vision for Thousand Story — unveiling the industry curtain and giving artists transparency as well as opportunity. With this platform, artists can not only be themselves but work for themselves in the most efficient way.

“My goal with Thousand Story is to help creators and brands bring their stories to life, and fully understand how they can succeed on their own, regardless of the medium. To do that, you need to provide people with information, a means to utilize that information, and a place to share it. So everything we offer – the podcast, the playlists, distribution, bootcamps, studio time/space, our network — all harkens back to that mission. ”

There’s aren’t many artists who are independent let alone releasing their debut album on their own independent platform. Naji is changing the game but wants it changed for others, too.

Previous ArticleShowroom 'Creator Pop-up' proves that influencers can go full-time
Next ArticleIs KD a LeBron hater? What his comments really say about the King