Why the MLB needs to keep its playoff experiment to just this season
PHOTO CRED: @mlb
By Ariel Pacheco 2 weeks ago
FacebookTwitterLinkedinReddit
X

For better or for worse, the 2020 MLB postseason will be drastically different than any other postseason in MLB history.

In a wild year where the MLB season was cut short by over 100 games due to COVID-19, it is easy to see why changes would be necessary. However, those changes should just be for this season only.

What is the new Playoff system?

The MLB Playoffs will now include 16 teams, 8 from the National League, and 8 from the American League. The top three seeds in each league will belong to each league’s three division winners (East, West and Central).

The next three seeds, no. 4-6, will go to each of those same division’s second-best team. The last two teams will be the Wild Card spots, which are determined by which of the remaining teams has the best record regardless of division.

The 2020 @MLB Postseason will begin with the AL Wild Card Series on Tuesday, 9/29, while Game One of the 2020 World Series at Globe Life Field in Arlington, Texas will be played on Tuesday, 10/20. pic.twitter.com/KSzWMSAcBk

Why it should only be a one-season experiment

Per the Washington Post, Commissioner Rob Manfred said that the 16-team expanded postseason is likely to remain beyond 2020 and that an overwhelming number of owners have already endorsed it.

While an expanded postseason makes sense in a 60-game pandemic-shortened season, the same isn’t true for a 162-game season. The entire point of a 162-game season is to ensure that the best teams are in the playoffs.

A 16-team playoff in a 162-game season waters down an already excruciatingly long season. Each regular season game is devalued even more.

MLB and MLBPA agree to use “neutral-site bubbles” during the 2020 postseason, per @Ken_Rosenthal pic.twitter.com/BQZBAhUfVU

In a 30-team league, having 16 teams make the playoffs means more than half of the league is in contention. This will lead to middling teams and sub .500 teams making the playoffs, lowering the quality of play.

It is a similar issue the NBA faces every year in the first round. An example is this year’s Orlando Magic making the playoffs after going 33-40 in the regular season.

Fangraphs currently projects that the New York Mets, who are six games under .500 with twelve games remaining, have a 16.4% chance of making the playoffs.

The Milwaukee Brewers who are three games under .500 with 13 games remaining have a 46.9% chance of making the postseason. These are two prime examples of teams who would have little to no chance if the format was still at 10 teams.

MLB is banning alcohol from clinching celebrations during the playoffs this year, per @Joelsherman1 pic.twitter.com/mTNgrnv4rb

Baseball more than any other sport has a huge game-to-game variability, meaning that it is extremely random.

Therefore a three-game series like the first round would be, removes the certainty advantage a possible no. 1 seed earned during the regular season. Certainty is the idea that the longer a series is, the more certain you are that the winner is the better team.

Picture a no. 1 seed going 102-60 in the regular season and losing to the no. 8 seed who finished 77-85 because of the randomness a three-game sample size invites. It is infinitely easier to beat a better team twice than it is three or four times.

The entire reason baseball has such a long season is because of the belief that large sample sizes determine the best teams. That is thrown out of the window when a three-game series is played. It’s just not fair to the teams that performed well all season. The reward for being a higher seed would now just be home-field advantage.

It is likely that this is how future postseasons will be formatted. The 6 added playoff teams mean added revenue, which at the end of the day is what matters most to MLB owners and Commissioner Manfred.

The MLB, like every other business, will always do what is most profitable even if it doesn’t make sense competitively. 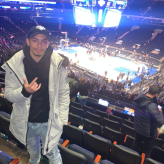 I am currently a student at the Craig Newmark Graduate School of Journalism. I am Dominican and born and raised in Harlem. Sports and journalism have always been my two biggest passions.