There’s an app for everything, they say. From ride-sharing to buying stocks, a person’s life can be controlled by the simple touch of their smartphones these days! Now an app created by 22-year-old entrepreneur Michael Oviosu called ParkAmigo is changing the way people secure parking in crowded urban settings.

The process is straightforward: people with open parking in driveways or in front of their properties post their rates and availability, which become available to those seeking parking. The app also offers online ordering at participating restaurants, grocery stores, car washes, and fashion retailers.

As with Uber and other service apps, payment is transferred directly from an online account to the owner of the parking spot or store. The app acts as a facilitator, helping people find affordable parking away from cutthroat parking garage rates while maximizing the available space within a city. The app also helps users avoid the hassle of metered parking and sends notifications when a user’s time is running out.

Michael hails from Africa’s most populous nation, Nigeria. Upon completion of high school, he decided to leave England and move to New York in pursuit of charting his own path and continuing his personal development by enrolling at Syracuse University. In an interview with Kulture Hub, he explains:

“As a child, I often struggled with developing my own identity. At a young age, I was often alone with my thoughts so my mind often wandered to drawing buildings, breaking down toys, and rebuilding things. I started to gain an interest in business at around the age of 10.

“My parents were my first role models and they always pushed me to read books and watch news at a young age. As I read more and more, I began to develop my own ideas and push for the stars! I was able to develop my business mind and acumen and start thinking about how to solve problems around my community.”

Michael eventually ended up working for a startup called Packback, which set out to make textbooks more affordable than your average overpriced school bookstore. He says that seeing firsthand how Packback attempted to disrupt a protected industry inspired him to think of his own solution that would make a lasting impact on people.

Learn more about how you can be a ParkAmigo pilot beta tester. Contact us for more details. www.parkamigo.io

Michael came up with the idea for ParkAmigo just a few years ago while visiting Washington D.C. with his aunt.

“As we approached the madness that is Black Friday and searched for parking, I slowly realized the lack of parking options available to shoppers. I looked around at my surroundings and thought to myself: ‘Surely there has got to be a better way to find parking?’”

After that ordeal, Michael went home, got to brainstorming, and developed the initial concept of ParkAmigo just a few hours later!

Michael says that early on, it was extremely important to gain a lot of market research on the parking and transportation industry and speak to commuters who drove daily, especially given that Michael didn’t have a car himself. He carried out market research and developed his idea with the help of professors at Syracuse University.

Check out a sneak-peak of a new ParkAmigo interview. Follow us on our social media accounts to stay updated.

Ultimately, he was able to find a way to make it a win-win solution for both the city councils he wanted to partner with and for the consumers who would use ParkAmigo.

“Syracuse University really helped me grow to become the individual I am today. As I was able to select my classes and meet other entrepreneurs like me, I started getting involved in activities like the Entrepreneurship and Investors Club.”

The most difficult part of setting up the company, Michael told Kulture Hub, was finding the right team. He says he conceived the app on his own but then struggled to find schoolmates who were just as passionate about setting up a profitable business.

As such, the most rewarding part of developing ParkAmigo for Michael has been seeing how it has grown over the years. Michael’s team is now much more experienced, with 11 core members and more being added each cycle!

When asked what his greatest highlights so far have been, Michael said that one was when ParkAmigo was selected as one of the top four startups run by student entrepreneurs in the United Kingdom in 2017.

“Till this day, I remember the exact moment I received the news from my best friend and business partner, Carl Alakija, as we applied for the competition together. We were both outside a club in London when we heard the news. Safe to say we celebrated well that night!”

Another favorite memory, he says, was being featured on Forbes.

Many thanks to the Student Sandbox for coaching us! Download the pilot version of #parkamigo on the App Store or on Google Play to share your driveway and find parking today.

Michael says ParkAmigo’s short-term goals begin with setting up operations in New York City in coming weeks. They are also looking at partnering with a few grocery delivery companies and supermarkets to boost order-ahead solutions in the NYC and Austin regions. Ultimately, though, ParkAmigo aims to make a long-term effect on the sustainability and efficiency in urban areas.

“Our mission is to make significant progress towards the U.N. Sustainability Development Goal 11, which is to make cities and communities around us inclusive, safe, resilient, and sustainable. Working with merchants in various different businesses will help us analyze how we can reduce the time spent on the road, ultimately leading to lower carbon emissions emitted.”

Michael’s own advice to aspiring entrepreneurs shows in the success of his vision:

“Don’t adopt the ‘I’ll come back and work on my dream later’ attitude. Start now. You should also be willing to make a sacrifice to achieve your goals. One big sacrifice I made was giving up sleep when I went into college. I don’t regret the sleepless nights one bit because it all worked out in the end.”

On an international note, ParkAmigo set up operations in India earlier this year and recently acquired its first company. An official press release on that will be out soon with more details, and Michael says Kulture Hub will be the first to know!

Michael also wants the readers of Kulture Hub to feel free to contact him about potential merchant partnerships or if they think ParkAmigo should be available in a particular city.

“We strive to learn every day and want to set ourselves up as the best-tailored app in the market for consumers. And even if you just want some advice from a 22-year-old who is conquering his dreams, you can contact me too! You can reach me at michael@parkamigo.io and I’ll be sure to respond as soon as I can.”

With the domination of apps in today’s market, Michael has found a great niche in supplying uncontested parking spots in cities and making improvements to the oft-criticized availability of public parking. We can’t wait to see where Michael ’s entrepreneurial journey takes him next!

There are now 3.8 million apps available in the Google Play marketplace. Young entrepreneurs like Michael teach us that there’s always room for more — and for finding a spot, no matter how crowded it gets. 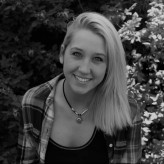 Kate is a journalist from Pennsylvania. She enjoys writing about culture and politics. If you like her writing, you can find more of it here at Kulture Hub or on her personal blog, Only Slightly Biased (onlyslightlybiased.com).

Previous ArticleStep outside your comfort zone: Why the only way to grow is to transform
Next ArticleFreddie Gibbs opens up about his career and new album on Rap Radar podcast