How the “Wellness Movement” shamed the ones it was supposed to help
PHOTO CRED: Halfway2Hannah.com
By Hannah D. Blum April 21, 2020
FacebookTwitterLinkedinReddit
X

It’s the topic we are afraid to talk about, but when it comes to the mental health conversation, it’s the number one thing we should be recognizing. We left one group of people out of the discussion, people with mental illness.

The worst part is, we not only ignore them, but we also shame them, we doubt their diagnosis, and passively tell them it’s their fault for being sick.

The wellness movement is about promoting emotional wellness, physical wellness, emotional self-regulation, spiritual and holistic wellness. It has become the poster child for the “mental health conversation.”

Sharing methods and practices such as meditation, yoga, holistic approaches to health, consciousness, ideas around self-healing, etc. Regardless of whether you live with mental illness or not, these practices are tremendously beneficial.

However, the wellness conversation overshadows the discussion about people with mental illness.

I am a mental illness advocate who has actively been working in this space for eight years. My journey in advocacy started ten years ago after I was unjustifiably sedated, put into handcuffs, and involuntarily placed in a mental hospital where I was diagnosed with bipolar disorder. I create art to create awareness based on the problems I have seen and faced myself and the people I have met.

This blog post is not about making people feel guilty. I know there are individuals in the wellness space that are working with the intent to improve people’s mental health. You are doing a great job.

Many advocates are just unaware of the problem. Wellness is an essential part of the mental health conversation. I am, however, calling out the people that openly shame people with mental illness online, on social media, and in person. I refer to it as sugar-coated shame.

In this post, I want to create awareness about the ways in which the wellness movement hurts people with mental illness, the problems that are present, and then offering how we come together to create change.

How The Wellness Movement Shames People With Mental Illness

“Mental Illness Is Not Real”

I hear it from people all the time about how I do not have bipolar, and if I do X, Y, and Z, I can heal myself. A couple of months ago, a family friend who is a spiritual healer and wellness coach told me that she could “balance bipolar out of me.”

Even if it is not directly stated, “mental illness is not real,” it is passively implied. Spreading ideas such as “Happiness is a choice” or “depression is a lack of consciousness” can be damaging because, for many of us, it’s not.

If you make such a bold statement implying that mental illness is not real, you better back that up. Here is a post by a wellness “guru” who refers to mental illness as “simply messengers.”

We will refer to this person as Dr. B.

When asked to back it up, Dr. B did not. You can see below, a commenter asks for more resources but no response. I would say that the lack of response had to do with the huge amount of comments if it were not for the fact that Dr. B responds to the comment below it.

Below is just one example of how a message like this increases feelings of shame.

I am not just singling out this influencer in the wellness community to be malicious, otherwise, I would reveal who it is. I am trying to make a point. This post got up to 70,000 likes. Even if only 20,000 people actually read the caption that is 20,000 more people who are persuaded to believe mental illness is a “messenger” and not a disease.

I’ve been collecting and reading research since I started advocating. I keep links to these sources on a Google Doc that is now 100 pages long.

I want to back up what I am saying by sharing parts of an article, The Roots Of Mental Illness, that was published by the American Psychological Association, which is the leading scientific and professional organization representing psychology in the US.

Eric Kandel, MD, who is a Nobel Prize laureate and professor of brain science at Columbia University noted:

“All mental processes are brain processes, and therefore all disorders of mental functioning are biological diseases…The brain is the organ of the mind. Where else could [mental illness] be if not in the brain?”

“Certain disorders such as schizophrenia and bipolar disorder fit the biological model in a very clear-cut sense…In these diseases, structural and functional abnormalities are evident in imaging scans or during postmortem dissection.”

We need to start asking more questions because if you thought the mental health crisis was getting better, I hate to tell you that it’s only getting worse. We see this specifically with suicide because that’s what happens to people who don’t get treated properly for mental illness.

The Mental Health Crisis Is Getting Worse

In 2020, suicide is on the rise. It is both a health crisis and a social justice issue that is rarely discussed in the “mental health conversation.” Here are some things that are important to know:

The U.S. suicide rate has jumped 35% over the past two decades. Health officials reported this on April 8, 2020.

There are more deaths from suicide than from war and homicide together.

Globally, one person dies by suicide every 40 seconds. Researchers believe that if the mental health crisis continues, it will be one person every 20 seconds. Think about it. This means that in one day, 24 hours, 2,160 people die by suicide. By the end of the week, around 15,120 people died by suicide.

One in four people in the world will be affected by mental or neurological disorders at some point in their lives.

Suicide is the 2nd leading cause of death among 15-29-year-olds.

The Treatment Advocacy Center reports that people with untreated mental illness are 16 times more likely to be killed during a police encounter than other civilians approached or stopped by law enforcement. The research from the study suggests that many of these police shootings could have been avoided.

More than 50 percent of people with mental illness who were killed by police officers were shot in their own homes.

If you are going to talk about mental health, you need to be aware of what is going on in mental health. Unfortunately, there is more conversation around self-care tips than there is about suicide.

There are people in the wellness conversation, including psychologists, who shame people for taking medication. This is called “pill shaming.” This is what kept me from taking my medication for years, which only caused more problems.

Here is just one of many examples of a well-known wellness influencer using her platform to “pill shame.” I’ve edited out her name and handle because I don’t want to shame her as she shames others. I will call her Dr. K.

This tweet was posted by Dr. K but deleted shortly after she received backlash. For someone who talks about standing by their truth, she hit that delete button real quick. #NopeSheDontGotThis

To the wellness advocates who are making genuine efforts to improve mental health, be aware of the people who are representing your community.

How We Come Together

We create an open space for people to speak of their pain first—to be mad, to be sad, to be anxious, and to voice it because they should and have the right to do so.

We take a step back and give people, especially our youth, the room to express their pain, and their trauma, without feeling the need to heal themselves.

We do more listening than lecturing. We get raw about our pain in the present, instead of speaking of it in the past. We let them scream, and we take on their pain, whether we understand or not.

If we can do this, we automatically invite people with mental illness into the conversation. We automatically create an inclusive environment where the pain is pain, where you are not going to be judged if you take medication or you have been saved by meditation. It doesn’t matter.

We make it so people with mental illness are not afraid to speak up if something is wrong, and then we direct them to the proper resources.

If you recognize other people’s pain and respect it without trying to fix them, you become the hand that pulls them back from the edge.

“When we give people a space to be present in the dark and accepted for it, we open a gateway for light to enter.”

Want more? Read the rest of this piece on Halfway2Hannah.com 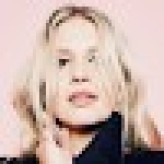 Hannah Blum is a writer, mental health advocate, and Creative Director currently working for Snow Media based out of Los Angeles, CA. She works alongside video creator Sarah Snow and helps clients create inspirational content across social media. Her clients include Oprah’s favorite guest, Dr. Shefali and she has worked with well-known influencers such as lifestyle entrepreneur Lewis Howes and produced videos for online guru Jay Shetty.

Previous ArticleWhy did it take a pandemic to get our carbon footprint right?
Next ArticleWhat we've learned only two episodes into the Michael Jordan ESPN doc
MOST POPPIN’