As an athlete, getting your head sprung was never something to phone-home about back in the day. Nowadays, peeps are more aware of how life-changing head and facial injuries can be and the role technology can play as a solution.

Starting out as an engineering project at NYU, BATS-TOI has now grown to be one of the most innovative companies in sports technology, known for their award-winning wrestling helmet, The Mercado.

The Bronx may not be known for wrestling, but it birthed a Division I standout in Mercado Jr., who wrestled collegiately at Syracuse University and all around the world.

Holding the position as the Deputy Commissioner of the New York State Athletic Commission and producing for the World Series of Fighting, Mercado Jr. is an O.G. in the combat sports game. As a wrestler and a coach, he saw first-hand the difficulties wrestlers encountered with their headgear and the plethora of head injuries. In a discussion with Kulture Hub, he said,

“Traditional headgear has straps and isn’t really a functional piece of equipment, it gets in the way. If you ever see a wrestling tournament or match, 9/10 times you’ll see a guy fidgeting with it. They have to manipulate the headgear in order for it to perform properly”

On top of the headgear being faulty, there was also a plaguing old-school culture that overlooked most injuries in wrestling like other contact sports such as football.

Mercado Jr. had an idea to create headgear for wrestlers that would not only protect them but also look fly. He continued,

“Back then, if you got hurt, you’d put some water on it and jump back in. As the NFL highlighted more and more about concussions, there was a spotlight put on concussions for all sports and we just happened to be in the right place at the right time.”

Mercado Jr. coached wrestling and went to graduate school at NYU where he took his idea to life alongside engineering professor Nikhil Gupta.

They linked up with engineers at Columbia University to build out a student research team and eventually enter and win NYU’s first Summer Incubation Program Competition in 2012 for their wrestling headgear technology. Mercado Jr. continued to develop this headgear as BATS-TOI’s first product, The Mercado.

In the four years it took to develop the helmet and startup as a whole, Mercado Jr. worked endlessly, skipping meals and even got close to getting kicked out of his apartment.

Forbes magazine spends the day with Mario Mercado (Founder and CEO of BATS-TOI) to discover what went into the journey of creating The Mercado Headgear. #befearless #bedistinct #batstoi #themercado #forbes

The early startup grind was no joke, but Mercado Jr. found hope in The Lean Startup by Eric Ries, which stresses the importance of creating a simple product and gathering feedback to further establish it. He explained,

“Don’t go in there making sure that it’s perfect, because by the time it’s perfect, it can become either outdated, someone can take the idea, or you can have features that the consumers don’t really want. Build something that addresses the initial hypothesis of ‘why’ and then from there based on feedback, build and approve the second version, which we did”

The Mercado went live on the market in 2016 and created a buzz in both sports and technology industries for its innovative design, which covers and protects an athlete’s head while maintaining a comfortable fit and enhanced air circulation.

Just like any other startup, BATS-TOI found that while they filled a void in the market with The Mercado, there were still some necessary adjustments to be made to propel the product and the brand.

Mercado Jr. admits that one of the toughest parts of the grind as an entrepreneur was accepting feedback. He said,

“From my point of view, the entrepreneur is constantly looking for objective feedback because they hate criticism, it’s their baby. You need objective criticism in order to validate your assumption, and your assumption is ‘is this going to work?’ You have to be open to that criticism and if your not, you’re feeding into your own sense of reality and will never know what needs to be fixed. I had to get over that.”

While processing the feedback from wrestlers using the product it became clear that other contact sports could benefit from the same technology used in the Mercado.

As the second version of The Mercado went into development, BATS-TOI expanded their reach with the initial version to other sports and industries, sparking collabs and starting more conversations about safety in sports.

“We made a customer segment pivot. Because we knew that the wrestling consumer had some problems using our helmet, there were some guys who said ‘you know what’ we could use it for flag-football, where some of the problems you’re having with it for wrestling doesn’t apply to us. Instead of making a pivot to change to another product, we just made a customer segment pivot, where we didn’t focus on the wrestler initially for this particular version, we’re going to go to another consumer segment while we make the second version, the Mercado 2 based on consumer feedback, applicable to our first consumer segment which is wrestling.”

Along with spreading awareness of head injuries and safety, Mercado Jr. aims to help change the way sports brands communicate with audiences.

BATS-TOI has combined the edge of sports and sleekness of tech to help transform safety for wrestlers and the athletes in all of us. With co-signs from Forbes and Fast Company, you know they ain’t done yet.

“You have to see what’s next.” 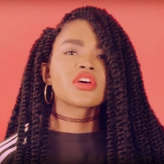 Previous ArticleWho is Ella Mai? The British songstress bringing her sound to America
Next Article3 Father's Day gifts you can cop for your pot smoking dad this year
MOST POPPIN’