Ever hit the vape and think “oh fuck?”

We’ve all been there, getting the spins and tweaking out from suspect cannabis cartridges and vapes is not a vibe, but leave it to Cali to change all of that.

Enter besito, the vape pen made for more “fuck yeah” moments. The LA-based brand was founded by Maggie Connors in 2017 and they are reimagining our cannabis experience.

The KH squad got a chance to chop it up and play puff, puff, pass with the Latin-American CEO making waves in the industry and yeah, she’s pretty lit. 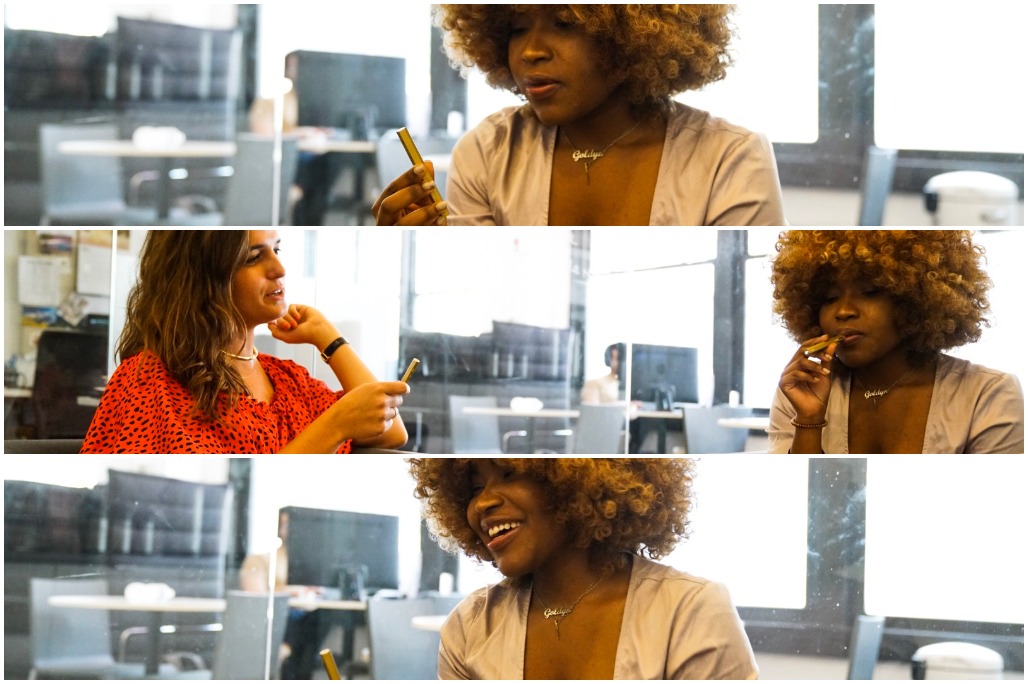 Prior to getting in the cannabis game, Connors flexed for years as an exec at Pepsi Co., Starbucks, and Apple after getting her MBA at Stanford University. With all that professional finesse, Connors always maintained her love for cannabis since her first experience in Central Park before an Oasis concert and recalls how relaxed it made her feel.

When she first started dabbling in cannabis, most people still grouped weed as a “drug” along with other substances that were far from medicinal. This led her, like many of us, to associate the plant as an “illegal indulgence” rather than a health essential.

“Now what excites me, of course, with legalization, and especially right now in California, is that we can help change the perception and give true information. And so what we’ve done is use good design to help make cannabis more approachable, versus kind of that scary, illicit capital D drug, the way it was presented to me, you know, 15 plus years ago.” 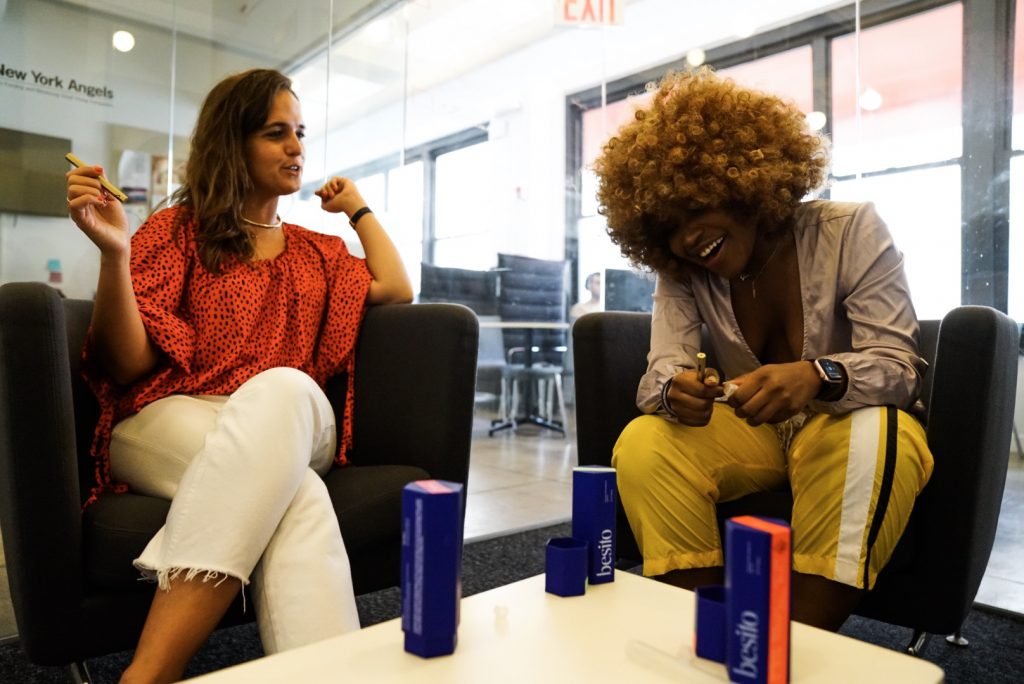 After moving to LA from New York in 2014 to study at Stanford, Connors’s outlook on the world of weed completely changed. As California has been a leader in regulating marijuana for medical and casual consumption, it was a canna-culture shock.

“As a cannabis lover, but now in California, where it was kind of this very mature medical market, I realized this was a regulatory inflection point, and the laws were changing. This plant that’s so beloved and has been used therapeutically and spiritually for thousands of years was finally going to become a legal industry.”

This new mindset was also conflicting with how cannabis was discussed in Connors’s family. Growing up in a Cuban household, cannabis wasn’t accepted by the fam and lead her to conceal her liking for it until she started her own business.

“Cannabis was certainly stigmatized in my Cuban family and my Cuban culture, I hid it from my parents. Until I decided to come into the industry, I was 28 years old and said, you know, not only do I love weed, but I’m want to do it professionally and help kind of create this nascent industry. So on a personal level, it was a little bit difficult to get my family to understand that, given the stigma.”

Parents really will never understand, but to help remove these cultural stigmas, Connors made a point to infuse Cuban culture, cues from Spanish and Mexican cultures, and communities in LA. Just take a closer look at what besito evolved into – the name, vibrant colors, and flavors. Even behind the scenes, diversity in investors and everyone a part of the brand was a top priority, and it shows.

Soooo what is it? 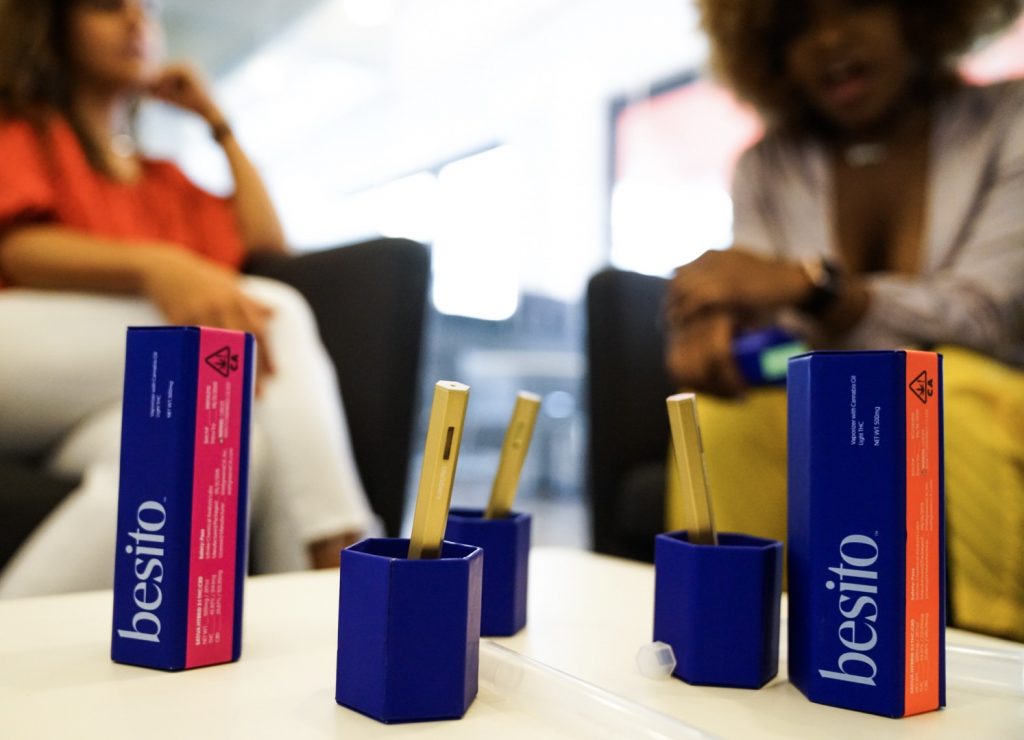 Besito, which means “little kiss” in Spanish couldn’t be more appropriate for the luxe pen.

“Your new favorite vape.” Besito’s current line of products is Sativa hybrids that provide a 2:1 blend of THC and CBD for the perfect hit, every time. Distilled from pesticide-free cannabis, Grapefruit, Mint, and Blackberry are the latest flavors on deck, giving newbies the perfect introduction to cannabis and what a “social high” actually is.

Constructed from medical-grade stainless steel with a built-in battery, the besito experience is seamless, enjoyable and doesn’t ask a lot of the vaper, other than to you know, vape it.

The sleek, all-in-one design was cultivated over a significant amount of time. Countless hours of research were spent in order to figure out common pain-points around cannabis and vape pens. Team besito’s also focused on how the experience could be improved.

Using Human-Centered Design Thinking, Connors was able to understand what needed to go into building the next level of vapes that didn’t interrupt life. Not worrying about refilling oil, leaky cartridges, or being indiscrete makes smoking cannabis less of a chore and more of a pleasure.

“There’s a lot of confusion. And sometimes there was a kind of analysis paralysis and too many choices. So we really focused in on this very social high. A sativa hybrid gives you that uplifting boost, but a bit balanced so that you’re not wired but you’re also not in the corner ready to have a deeper meaningful talk with your soul. You’re ready to hang out.”

Compared to the majority of vape pens that either favor a large bulky pen figure or a miniature lighter, besito’s hexagonal design fits comfortably when pulling and won’t roll off the table when you put it down – that is a game-changer.

On the flip-side, when bopping around the streets with my besito in hand, most people assumed it was a beauty product or just something out of a James Bond movie.  The discrete yet chic design speaks to more than just looks, but the narrative that the brand aims to change about cannabis culture as a whole.

One of the most refreshing elements of the besito vape is how both the product and lifestyle are marketed. Upon scrolling on the brand’s Instagram, you’ll find warm and inviting images of young, multicultural people doing what most of us do when we vape – just chill.

This stands out, as oftentimes in the media, people of color are shown consuming cannabis in the most stereotypical atmospheres such as music studios. Putting us in a box that certainly can’t handle our smoke.

Besito paints an accurate picture of the lifestyles of the young canna creative. Not everyone smokes weed to get obliterated, a lot of us spark up to activate and produce new projects, calm nerves before an event, or just stay calm when that Uber is still five minutes away. 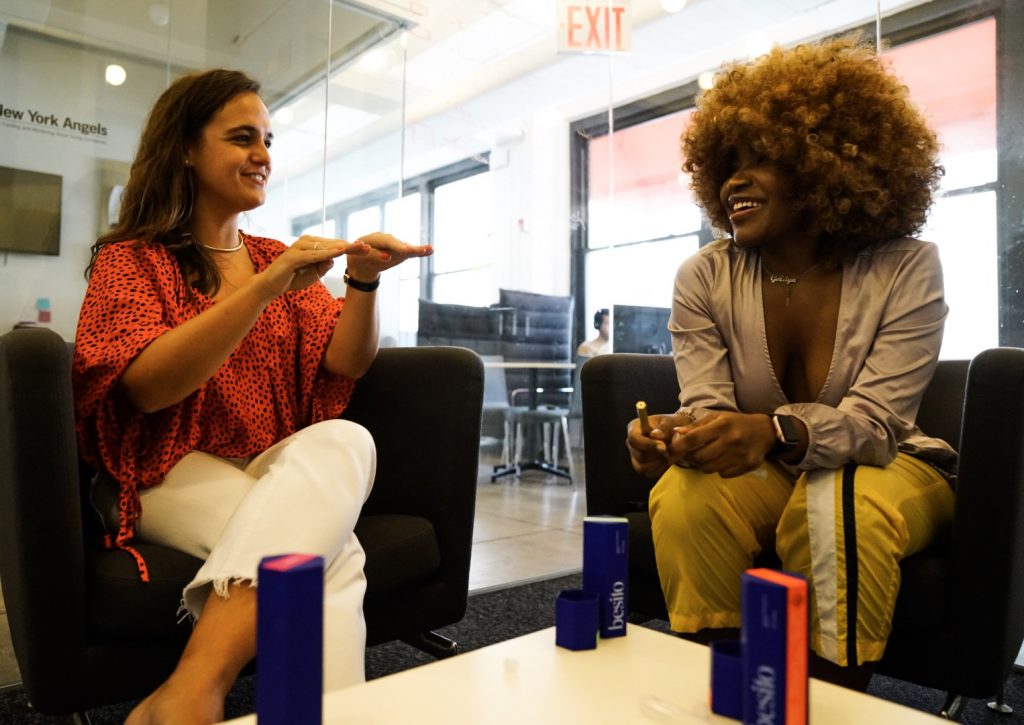 The increase in accessibility to cannabis and CBD products raises a lot of questions to new puffers. “How will it make me feel?” or  “What’s in it exactly?” are common concerns that up until this point, haven’t really been laid out for the public. A goal of Connors is to not only elevate but educate both the youth and the old heads around cannabis and all that comes with it.

For the most part, vape cartridges that circulate underground don’t give much insight to the consumer in regards to contents and purity, which can be intimidating. With besito, there’s no grey area- you know exactly what you’re getting in each hit.

A vaporizer made sense as the initial offering from besito to give consumers autonomy and immediate onset to put them in the driver seat rather than in an edible form. For Connors, this societal shift in the perception and access to cannabis has allowed her and her team to do things right and throw the rope back to those who have been criminalized and discriminated against for simply enjoying some good ol’ bud.

As a regular vaper, who’s been through over five pens this year alone, I have my two cents when it comes to gas. Besito’s special blend of THC and CBD is slated for perfect chill and creative but it SLAPS in the best damn way possible.

Each exhale brings a satisfying puff without the burn or clogging in your throat that comes from less pure formulas, not to mention you just look fly while smoking it. Knowing the foundation behind the brand and the community it’s been uplifting makes the hit even stronger.

Connors’s drive and execution as a pioneer in the cannabis industry is something we all can take notes on and bring to other avenues of life, with a besito in hand of course.

Just make sure to pass that besito vape when you do cop.

Previous ArticleWheezy vs. Metro: Which young producer has more heat in the chamber?
Next ArticleFar from right: Who's to blame for Spidey getting booted out of the MCU?
MOST POPPIN’