Lil Nas X makes LGBT history right in front of us and we admire it
PHOTO CRED: @charlie__chops
By Katrina Dydzuhn October 7, 2021

Lil Nas X is revolutionizing the music marketing industry and making LGBT history in front of our eyes. With expert use of fashion and social media, he continues to make headlines and solidify his space in the music industry as a gay Black man.

Ever since breaking into the music scene with the hit “Old Town Road,” every song that Nas X has released has been accompanied by an outfit, action, or TikTok campaign that stirred either controversy or extreme positive press, primarily centering around Nas X’s LGBTQ+ identity.

Nas X has always proudly owned his identity, sometimes to the point of angering those who are heterosexual in the industry.

He angered a lot of mothers and pregnant women, as they felt he was picking fun at what it was like to be pregnant.

However, this served as amazing promotion for his album, because the rest of the population found it funny and thought it served as a great way to announce a debut LP.

He also proudly posted TikToks and other photos with the prosthetic baby bump to continue to monopolize on the controversy.

Furthermore, at the 2021 MTV Video Music Awards, when accepting the award for video of the year, Nas began his speech by thanking the gay agenda creating even more conversation around himself and his work.

Other than just promoting his own work and creating a space for LGBTQ voices, but he also works to advocate for the community through activism and support. Nas X has identified the discrimination within society around the idea of sexuality, and gender identity.

“Discrimination around sexuality and gender identity is still very real, and our community deserves to feel supported and totally free to be themselves…”

“I often get messages from fans telling me about their struggles with depression and suicidal thoughts, and it made me realize that this was something bigger than myself. If using my voice and expressing myself in my music can help even one kid out there who feels alone, then it was all worth it.”

Stamping his legacy in LGBT history even further, the artist was recently honored with The Trevor Project’s inaugural suicide prevention advocate of the year award.

Beyond the controversy around his Montero album, Lil Nas X’s impact has been great in challenging gender sexuality norms. He has redefined what being Black and part of the LGBTQ community truly means.

This will forever be a part of LGBT history 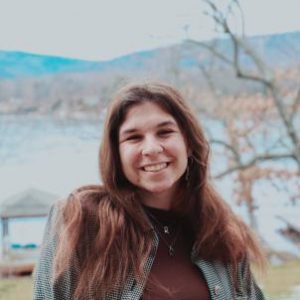 Katrina is a sophomore Philosophy, Politics, and Law and Photography major at Binghamton University. She was born and raised in Queens, NYC. When not busy at school, she loves skateboarding, photography, music, and fashion.

Previous ArticleEl Museo De Barrio to come back: Why we love the neighborhood museum
Next ArticleIs NYC ready for these 5 Halloween parties? Watch us pop TF out
MOST POPPIN’