Why Lil Nas X coming out is another big step for LGBTQ in hip-hop
PHOTO CRED: @lilnasx
By Isabella Weiner July 2, 2019

As Pride Month drew to a close, “Old Town Road” singer and expert meme creator Lil Nas X announced on Twitter that he is gay.

Leaving hints like little bread crumbs and tweeting his most recent EP’s cover art, that featured skyscrapers covered in rainbows, the 20-year-old trap-country singer stated late June, in his typically blunt fashion, “Deadass thought I made it obvious.”

deadass thought i made it obvious pic.twitter.com/HFCbVqBkLM

In the official coming out announcement along with the visuals for “C7osure,” he acknowledged that he might lose some of his fans. Especially those in the country world who fought to keep the song off the country charts in the first place.

Also, in response to a deluge of sexual jokes about what the “Old Town Road” lyrics “ride til I cant no more” actually meant, Nas X, clarified that the hit song was really about horses.

But otherwise, the response has been overwhelmingly positive, both from fans and creatives. Miley Cyrus, a member of the LGBTQ community herself, and daughter of “Old Town Road” collaborator and country legend Billy Ray tweeted her indefinite support for her “baby brother.”

Other members of the rap community expressed their encouragement to Lil Nas X, including Jackboy, his producer Boi-1da, and record exec Irv Gotti. Rapper Zé Taylor tweeted his response in meme format.

Me protecting Lil Nas X at all costs pic.twitter.com/DjNI0jpDxm

Though it might be hard to remember a time before “Old Town Road” hadn’t overtaken the airwaves, blasting at parties, exploding on TikTok, and clogging up Twitter timelines everywhere, the rapper really has only been around for six months.

For a career so new and so precarious — resting on the smash success of one song and the endless memes, it has spawned — a few years ago it might have seemed unthinkable for an aspiring artist to come out this early or at all.

When Frank Ocean came out in 2012, rapping about relationships he’d had with men on his debut album Channel Orange, simultaneously releasing a letter addressed to a male friend and unreciprocated object of desire, it was a big deal.

At the time, an NPR article called it “nearly unprecedented” in the R&B world neck deep in homophobia. 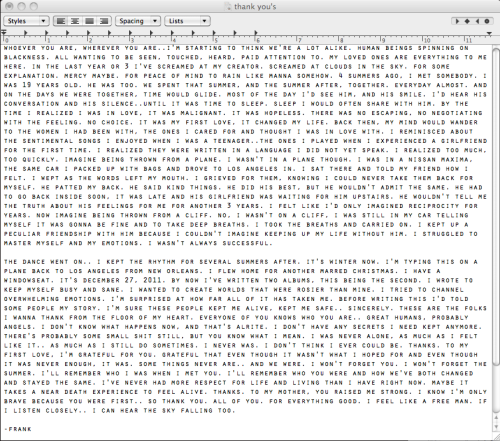 Tyler the Creator, Frank’s close friend, presents a more complicated case. His own debut album, Goblin, released in 2011, was filled with homophobic slurs. One reviewer counted that Tyler said “f*g” a whopping total of 213 times in the album, and pointed to the rapper’s response to the backlash in a 2011 interview:

In the interview, the rapper further brushed off the criticism, saying his gay fans “weren’t offended.” But over the years, Tyler began to allude to his own identity as a gay man — sometimes bluntly, sometimes lyrically.

In 2015, he tweeted, “I tried to come out the damn closet like four days ago and no one cared hahahhahaha.”

On 2017’s Flower Boy, Tyler rapped, “This next line will have them going like whoa/ I’ve been kissing white boys since 2004.”

His latest offering, IGOR, traces a love story with a male object of desire, with songs like “Running Out of Time” finding Tyler urging the man, who’s in a relationship with a woman, to acknowledge his sexuality.  There’s also “Boy With a Gun” making it clear to everyone that his love interest is a man.

But maybe today, coming out for a queer Black male artist doesn’t have to be so fraught.

Maybe today, a black man, fresh into his career and owner of a No. 1 hit on Billboard for 13 consecutive weeks, can come out with a meme. And we keep moving forward.

Previous ArticleHigher thinking: 5 steps to staying productive while you're smacked
Next Article5 reasons why Freddie Gibbs' and Madlib's album 'Bandana' is legendary
MOST POPPIN’