A life after ball: Julian Aiken dishes a powerful and promising outlook
By Gregory Kelly March 9, 2022

Life after ball… Julian Aiken, was prepared for that moment when the shot clock ran out on his athletic career. He found a way to create his own lane while still doing what he loves.

There is a lot that goes into succeeding as an athlete at the next level.  Not only do you need to be blessed with physical talent but you need to have a good work ethic. And don’t forget you need to perform!

It takes hours of dedication and developing lots of mental toughness as you will need to persevere through many challenges and overcome adversity.  You need to be willing to make the necessary sacrifices in order to be a master of your craft.  Many athletes are fully engulfed in this way of life.

But eventually, every athlete will reach their time.  Some sooner than others. Unfortunately many do not know how to deal with life after ball or know what to do when it happens.  Coaches provide mentorship and having teammates creates a brotherhood you can’t replicate anywhere else.

This is a problem many athletes deal with once the final buzzer sounds. It’s all about how you take those lessons learned from being an athlete and apply them to a new passion.

“Being a former athlete, most of us dedicated our entire childhood & teenage years to the respective sports that we play. Our identity as we know it is heavily tied into our athletic success, which can be extremely hard to walk away from. Many athletes even describe retirement as feeling though a part of them has died once the ball stops bouncing. “

The ball may stop bouncing, but the days will continue to keep passing.  Julian was 18 years old when he had a moment of realization that in the grand scheme of life, eventually, his basketball career was about to end sooner rather than later.  As a star in high school and then went on to play at the next level in college as well.

Over the course of this time, he started thinking about the importance of being able to find success in other lanes.  Having a dedication to the grind, and being really committed to a goal, are two key fundamentals to have when finding success in any lane and these are 2 things that a successful athlete can carry over off the court.

“After graduating, I had my sights set on getting into the ever growing tech market. A former teammate of mine helped me secure a Business Development role at an NYC tech-startup.”

Julian was a killer on the court and a killer in the sales game.  To excel in sales, you need a mentality of a prideful competitor, and that’s something that he has always had.

“I was very confident that I’d excel in sales since I was in 4th grade. I started off setting up a lemonade stand with my brothers, safe to say we sold out. I was never one to focus on any problems at hand, rather I’d search for the solution to the issue at hand, which is the same approach I take in my career.”

Some things happen for a reason

Julian attended Assumption University where he had a full athletic scholarship playing basketball for all 4 years.

Following graduation, he would excel in the world of professional sales and a few years later, after some encouragement from NBA player Mo Bamba, Julian found a perfect fit and made the decision to work with PWRFWD, an online marketplace that drives the athlete to consumer industry.

“I knew PWRFWD would be a great fit for me to contribute to when I met Luke Bonner, our CEO. It’s the perfect combination of tech + sports, which I’ve got nearly 10 years of experience working within. Luke truly is about empowering athletes & putting THEM before any of OUR interests at PWRFWD, our interests are their interests.  This is something you don’t see often from someone in a position of power especially in the world of sports. That being said, we are going to shake the table starting with Women’s Sports, specifically the WNBA”

Get in your Duffy!

Julian’s bag might be even deeper off the court than it was on the court.  He is also working directly with a handful of professional athletes in the Web3 space.

“I’m currently working with a few professional athletes in building out their web3 brands & getting them aligned with strong, meaningful projects that authentically align with their interests & who they are. This is a long-term game, so we’re looking to boost brand equity by doing things the right way.”

Although the one time New Jersey state leading scorer was unable to realize the childhood dream of playing in the NBA, Julian Aiken certainly was still able to flourish in life and find lots of success.

That being said I asked him if he could give his younger self any advice. He told me: “I’d tell myself to dream even bigger. Ignore all of the limitations that others try to set on you.

Aiken continued, You can truly be anything that you aspire to be if you’re willing to work for it; you’ll get to meet all of your idols & role models from Maverick Carter to Kobe Bryant. Never get boxed in, because anything truly is possible just work harder than hard & be ready for the moments when they come. “

You have got to be willing to work for it.  Great advice for any young person to receive.  Being ready for the moments when they come is especially valuable for athletes that may be considering retirement or are beginning to think about what to do or how life will be once the ball isn’t getting passed to you anymore.

Julian touched on the type of mindset that’s helpful to have when this time comes.

“Some advice I’d give is to not allow your ego to stop you from being interested in new things. Don’t look at your career potentially coming to an end as failure, instead look at all of the doors & opportunities that have opened up due to your athletic success! Start to identify what your interests are outside of the sport you’ve played all of your life, it’s 2022 – there’s endless opportunity. “

“I can guarantee someone sitting in the crowd at one of your games can assist you in obtaining one of these roles, most will be ecstatic to hear your interest!”

Julian Aiken is the epitome.

Ball is life.  But Julian is the perfect example of even when the ball stops moving, life does not.  The lessons you learn from ball carry into all aspects of life including the chapter that happens once you hang up your jersey.

For Julian, the goal is to help athletes reach their potential as enterprise businesses, using his background in tech, investing, and the corporate space to help them build brands that outlast their playing career.

So far he has successfully helped over a dozen former African-American athletes launch budding careers in the tech industry and he is determined to increase that number into the thousands.

When it comes to drawing up a game plan and executing, the GOAT you want to look at for mentorship or guidance is Julian Aiken. 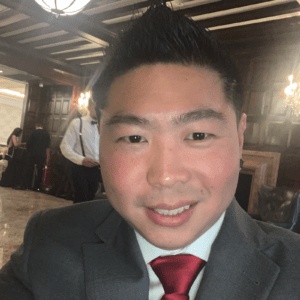