Can LeBron recruit Anthony Davis to the Lakers? Why it would be a wrap
PHOTO CRED: Clutch Points
By Michael Mannen December 26, 2018
FacebookTwitterLinkedinReddit
X

Anthony Davis teaming up with LeBron James is a scary thought. Recently, after the Lakers lost to the Nets when Dave McMenamin of ESPN asked him about him playing with Anthony Davis, Lebron James was elated. He responded by saying,

Pretty bold statement. Who could blame LeBron for wanting to play with Davis? AD is easily the best center in the game; he currently leads the league in win shares, player efficiency, and in minutes per game.

LeBron’s comment created a tsunami of speculation and media coverage around the NBA — and it fired up Pelicans head coach Alvin Gentry. After hearing the news, Alvin Gentry was quoted as saying:

The Pelicans have some cause for concern given that AD recently hired Rich Paul of Klutch Sports to represent him. Rich Paul is also LeBron’s agent and was the architect of his move to Miami.

After hearing LeBron’s comments, many around the league accused LeBron of tampering. He did after all even have dinner with Davis when he was in town for their game. The NBA defines tapering broadly as, “when a player or team directly or indirectly entices, induces or persuades anybody (player, general manager, etc.) who is under contract with another team in order to negotiate for their services.”

However, the league makes exceptions for players acknowledging that they want to play with other players. And in reality, I am sure that tampering goes on quite a bit in the NBA and it is never reported.

“Ask me would I like to play with Kevin Durant? Ask me right now,” “Absolutely,”

“Absolutely,” LeBron said. “Ask me if I would like to play with Jimmy Butler.”

“Would you like to play with Jimmy Butler?” the reporter asked.

“Ask me about Kyrie Irving,” James said. “Giannis [Antetokounmpo]. Ask me about [Joel] Embiid. Ben Simmons. Go ahead. All of them. Luka Doncic. Ask me right now. Come on guys, it is not rocket science. It is not rocket science. These are great players. Absolutely, I would want to play with a lot of great players, that is just who I am. So? People get caught up in bunches. Sometimes they wish they could control what you say and they can’t control me. At all. And I play by the rules.”

This is not the first time the Lakers have been accused of tampering. In 2017, the Lakers were fined by the NBA after Magic Johnson’s made similar comments related to Paul George’s free agency — and Paul George never ended signing with the Lakers.

LeBron’s comment aside, AD would not be the first great player LeBron has team up with in his career. In fact, LeBron has a long history of teaming up with great players to win championships. Even in 2014 when he returned to Cleveland, the Cavaliers traded and brought in perineal All-Stars Kyle Korver and Kevin Love.

When LeBron decided to take his talents to South Beach, he took his career into his own hands, much to the dismay of the Cavalier organization. The move represented a seismic shift in the bargaining power of players.

And it undoubtedly leads the way to other players being more in more control of their careers. And, you could even argue, it paved the way for Kevin Durant’s decision to go to Golden State, Kawhi Leonard’s demand for a trade out of the San Antonio, or even Chris Paul’s move to the Rockets.

Despite the buzz around the league, Anthony Davis still has two years left on his contract with New Orleans and the Pelicans are prepared to offer him a supermax contract worth over $240 million.

Scarier than the thought of Anthony Davis leaving the Pelicans, is what it would signal to small market NBA teams and to other superstars around the league.

If superstars can will their way out of contract with two years left on the books and ignore supermax deals than it leaves the many organizations helpless in their pursuit of building their teams and franchises. Some would argue that it tips the balance too much in favor of NBA superstars.

Anthony Davis has yet to win a title and his legacy will be tainted without a championship.

The Pelicans present limited opportunities for Anthony Davis to win a title. Not only is New Orleans the smallest market in the west, but the Western Conference is also glutted full of competitive teams; in fact, half of the teams that made the playoffs last season are currently not in playoff contention.

With Rondo, Javale Mcgee, Caldwell Pope, Lance Stephenson, Michael Beasley, and Tyson Chandler being on one-year deals, the Lakers have the cap space to sign AD to a max deal in 2020. These also have enough players to make an appealing trade to the Pelicans organization.

Besides the Lakers, the Pacers, Mavericks, Kings, and Clippers next season will have the cap space to sign AD to a max deal. And the Boston Celtics, if they are willing to part with Kyrie Irving, have the players to trade for Anthony Davis as well.

Given the depth of the Celtics or Lakers roster, both teams could trade for Anthony Davis and still have the players to compete for a championship. All of these teams are in playoff contention without AD and would put AD in a better situation to win a championship than playing with Pelicans.

If Kawhi and KD go to the Clippers, AD signing with the Lakers may be the only move that could prevent the Clippers from wrecking the league for the next 5 years. And if KD stays with Golden State and Boogie comes back healthy, any team that is going to want to compete with the Golden State Warriors is going to need a dynamic center.

Not only that, but a backcourt of Javale Mcgee and Anthony Davis would undoubtedly be the best frontcourt in the NBA. In the end, the decision will be up to Anthony Davis. Any team that has him will be in a spot to compete for a championship. 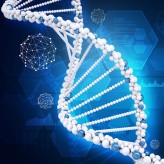