What happened in Kenosha is proof of how racist and divided this country is
PHOTO CRED: Instagram | @denny_ow
By Bernarda Chiriboga 4 weeks ago
FacebookTwitterLinkedinReddit
X

On Sunday, August 23, Jacob Blake was shot seven times in the back by a white police officer.

Blake had been trying to stop a domestic argument when law enforcement arrived with guns on hand. With three of Blake’s kids watching, one officer deliberately pulled the trigger and shot him multiple times on the back.

Blake is now paralyzed in the Hospital of Milwaukee. Doctors don’t yet know if this will be permanent.

Protestors flooded the streets of the city and unleashed in the following days. And just when things seemed to start calming down, a second shooting took place shortly before midnight on Wednesday.

Another video captured a 17-year-old with a rifle on hand in the middle of the streets of Kenosha. Kyle Rittenhouse, the identified shooter, is being called a “police admirer” who broke off onto the streets in support of the cops.

The video depicts the shooting happening in two stages; first, Rittenhouse shot someone at a car lot. He then runs away, falls on the streets and fires for a second time to members of the crowd close to him. Two people were killed and one injured.

According to the Kenosha police department, Kyle Rittenhouse was arrested in Illinois and charged with first-degree intentional homicide.

But that wasn’t before Kenosha police thanked him for his support, gave him water and let him escape the scene.

Meanwhile, President Trump starts another tweet rant about how he’s going to send federal law enforcement and more National Guard Troop to Kenosha to combat the protest. A classic move forms the president of the United States —  bluffing on Twitter.

…TODAY, I will be sending federal law enforcement and the National Guard to Kenosha, WI to restore LAW and ORDER!

After the second shooting that happened at Kenosha, the divide in America, and the blatant racism became clearer than ever. It wasn’t soon after when right-wing commentators tried to justify his behavior.

Fox News’ Tucker Carlson defended this terrorist attack, saying that the 17-year-old that carried a rifle and killed two innocent people during the Kenosha protests was acting on self-defense.

Kyle Rittenhouse, a 17-year-old who murdered 2 protestors, walks by the police with an AR-15 rifle, goes home and gets arrested the next day.  While Jacob Blake got shot 7 times in the back for the SUSPICION of having a weapon. This is the embodiment of white privilege. And @tuckercarlsontonight should be thrown in prison for inciting violence. FIRE HIM @foxnews

Meanwhile, Jacob Blake — the true victim of the situation — was handcuffed on his hospital bed.

“How shocked are we that 17-year-olds with rifles decided they had to maintain order when no one else would? Everyone can see what was happening in Kenosha. It was getting crazier by the hour,” said Tucker.

Others on Twitter were also justifying his behavior, claiming he was being pursued by protestors and that the acted in self-defense.

1. Why leave out the fact that "Lunging man" threw a Molotov cocktail at Rittenhouse prior to "First Shooting"?

What is interesting is that conservatives are still using these types of tragedies and making them political. What’s sad, is that they don’t even bother to check the facts and apparently there is still a good amount of people in America listening to the wrong rhetoric.

It is not about right or wrong. Facts are facts, and a 17-year-old carrying and being responsible for the deaths of two people is not part of a political debate.

Isn’t the story getting old?

THIS NEEDS TO STOP! 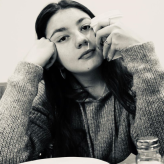 Previous ArticleTrillion dollar tax cut for the 1%, but $600 a week is 'too much.' Okay.
Next ArticleMeet Sheron Barber: The visionary behind the COD League Championship Throne
MOST POPPIN’