How working with Steven Spielberg led actor JaQwan J. Kelly to produce ‘He, the People’
By Alessandro Malave August 24, 2020

JaQwan J. Kelly is establishing his name as a compelling force.

The 25-year-old actor recently starred in He, the People, a short film documenting the life of security guard Frank Wills and his experiences after blowing the whistle on the Watergate Scandal.

I had the opportunity to speak with Kelly about his own life and work with this recent project. It was an eye-opening and learning experience that taught me how visions come to fruition, and how a genuine interest in storytelling can change times for the better.

As a young kid, Kelly’s introduction to acting came when he was thrown into various drama clubs and after-school programs. It served as his outlet at the time, and when he entered his teenage years, Kelly enrolled at the Harlem School of the Arts.

Kelly met several of his lifelong coaches and mentors at HSA. It was a strong experience for him that allowed him to build a foundation of mentorship and early passion for acting. Here, Kelly also met his manager who later started her own talent company.

Since 2010, Kelly has been signed with Innovative Artists, working professionally to achieve his dream. He has always been a charismatic and entertaining individual and has loved imitating people whom he has encountered or viewed on T.V. This is where he realized his love of acting came from.

“I really enjoy storytelling, whether it’s acting or writing music, just using my skills and my gifts to tell stories and to inspire people. I knew that that was what I wanted to do from a young age.”

Kelly’s love for creating music is another part of his thriving artistic life.

He put out his first extended play record in 2016 and hopes to incorporate more music with his show Wu-Tang: An American Saga. The Hulu show has had him portray Masta Killa since 2019. It tells the story of a young group of Black men torn between music and crime, who eventually grow to become one of America’s unlikeliest success stories.

“People get a chance to actually see that side of me because, for the longest time, people just saw me as an actor. But now with Wu-Tang, I have a chance to shed some light on the music side.” 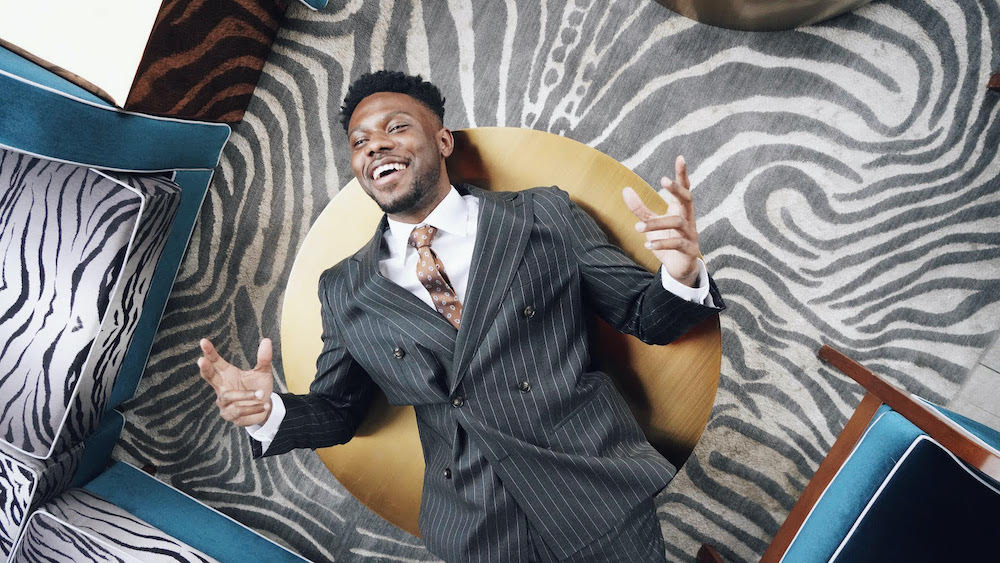 Growing up, Kelly was always attracted to dramas and biopics. He enjoyed tapping into iconic and legendary characters who had a strong significance to culture and society. With his versatility towards storytelling, Kelly has been able to reach great success in this genre by representing individuals whom he believes in.

The story of He, the People

Kelly portrayed Frank Wills, a security guard involved with the Watergate Scandal, in Steven Spielberg’s 2017 film The Post. The film tells the story of two Washington Post writers who decided to reveal the Pentagon papers to the American people.

Frank Wills was a security guard working at the Watergate complex in 1972. He discovered a suspicious piece of tape and called the police, who found five burglars in the building wiretapping phones and stealing documents.

These individuals were connected to Richard Nixon, who was engaged in corruption at the time. The reveal led to his resignation.

“If Wills had never found the tape or was never diligent enough to call the police, American society would have never known that there was corruption going on in the White House at the hands of the President,” Kelly explained.

In Spielberg’s film, Kelly had one scene at the end where he took the tape off the door and called the police. The film ends on a cliffhanger, and the audience assumes the following events given the nature of the Watergate scandal.

One night, Kelly was discussing the film with his father, and they decided that a movie should exist based on Wills’ life.

They had been researching him and realized that following his brief moment of fame, Wills was blackballed when trying to find a job. One company even told him that they couldn’t hire him because they were federally funded.

“He was a man who did his job and exposed evils in an American government. And at the end of the day, he got punished for it,” Kelly said.

Wills eventually had to move back in with his mother and live off of her social security income. After she passed away, they could not even afford a funeral.

He was arrested after trying to hide a pair of tennis shoes in his bag for his son. It was meant to be a surprise, but by the time the cashier called the police, the officers arrested him. Wills was sentenced to a year in prison, where “He, the People” takes place.

Watch He, The People streaming on @amazonprimevideo NOW! Based on the wrongful imprisonment of a real black hero in America, Frank Wills.

Kelly found it interesting how nobody had ever told the man’s story before although he had been an icon in the ‘70s. No film or even literature existed about Wills’ life. Kelly took it as his “divine orchestration” to tell the story and shed light on his life.

Brandon Hugo Arroyo was the director and co-writer of the film alongside Kelly. The two had worked on several films together in college and on one of Kelly’s music videos. They agreed to create a short film, a “snap-shot” of Wills’ life.

To figure out his motivations, Kelly traveled to Augusta, Georgia to spend the day with Wills’ family. They took him to his gravesite, and Kelly was able to meet his family members, childhood friends, and spend time in his high school.

Wills passed away in 2000 at the age of 52 due to a brain tumor. Kelly, fortunately, got a feel of who he was through his family and hometown.

Following that, Kelly visited the Schomburg Library in Harlem to print out vintage Jet Magazine articles about Wills. This further developed his understanding of the man’s life and motivations, and Kelly was ready to portray his life on screen.

“Those nine minutes were just a matter of trying to stay true to the essence of who he was and maintain his integrity, but then also, take the right artistic liberties in certain regards, and just try to tell a captivating story.”

The main thing that the pair wanted to highlight in the film was the mental damage caused to Wills following the Watergate event. Wills’ uncle had told Kelly how paranoid he was following Watergate, and how Frank was concerned about retaliation. This was something that they wanted to portray in his fight for freedom, and include all of the aspects of his life.

“This is a film that directly puts a mirror up to nature, as Shakespeare once said,” Kelly explains. “I think that in order to change, the first step is to confront what the problem is.”

Kelly believes that the film reflects the realities of today’s world regarding justice, government corruption and racial tension. “Frank Wills represents a normal person who happened to be in the right place at the right time.”

There was a moment in his life where he changed history, just from being vigilant and aware. Wills represents the symbolism that everybody can create and spark positive change in our society. He demonstrated that idea on a practical level.

As Kelly explains, there are so many things that ordinary people can do towards change. Calling centers, writing letters, and voting are just some of the individual aspects that society desperately needs.

“It’s not far-fetched for me to wonder why no one ever told his story and maybe it was due to fear themselves. As an artist to tackle this, this is a film that speaks so much to corruption in government.”

They are not rushing anything, but they are intentional about how they are using their time, as a certain responsibility comes with telling a full story. The pair are prioritizing the writing aspect currently, and are looking forward to meeting with studios and executives soon.

“I really see people being impacted by this story because I don’t think a lot of people know who Frank Wills was. And I think once people understand who he was and his impact, it will serve as a catalyst for action.”

In terms of advice for aspiring storytellers, Kelly recommends to find a distinct and heartfelt narrative:

“Make sure that your story is unique. In our case, it was interesting because nobody had ever told his story. But for other people who are writing any story based on like another living person or any type of time period, know that reality. It’s just a matter of doing the research and making sure that your voice can stand out, because it has to be unique.”

Kelly’s representation of Wills is a powerful and gripping role. His attitude towards film, stories, and representation is truly magnificent, and inspire all who view his content.

We cannot wait to see what Kelly will work on next. It will surely be a moving piece of history.

Sports are a fascinating and important part of culture, especially the behind-the-scenes aspects.

Previous ArticleDon't stress: Here are the best CBD vape pens in 2020
Next ArticleCan we grow cannabis in our home garden?
MOST POPPIN’