The Grizzlies’ ‘Grit and Grind’ lives on with the incredible story of Ja Morant
PHOTO CRED: @igotgame12_
By Conrad Hoyt June 24, 2019

As of last week, Temetrius (Ja) Morant is headed to the Memphis Grizzlies as the number two overall pick of the 2019 NBA Draft.

The Grizzlies are a franchise that prides itself on being tough, hardworking, and strong in the face of adversity. Their motto, “Grit and Grind,” embodies this, and is also representative of Morant’s journey to the NBA.

Ja attended Crestwood High School in Sumter, South Carolina. He left the school as its all-time leading scorer, with 1,679 points, with a career-high 56 points against Sumter High School. Still, Ja was not heavily recruited out of high school.

In fact, his only major Division 1 offer came from South Carolina.

In the mix of a night of strong love between fathers and sons (principally Black fathers and sons), Ja’s father Tee, a former high school teammate of Ray Allen and professional basketball player overseas, joined his son on stage after he was drafted.

"He made me who I am today, and I'm just thankful for it all."

After all those backyard workouts, No. 2 pick Ja Morant got emotional thanking his dad at the #NBADraft. pic.twitter.com/XkfMhTgo70

Showing his son up with that fresh-ass hat, Tee beautifully showed how to raise a child right. He waited for his son to show him that he loved the game, and then they went to work from there.

Born in Dalzell, South Carolina, Ja trained in his backyard under the mentorship of his father, who gave up his basketball career once he learned his wife was pregnant with Ja. They worked tirelessly together.

Playing in the Amateur Athletic Union (AAU) for the South Carolina Hornets, Ja was actually teammates with Zion Williamson for one season. 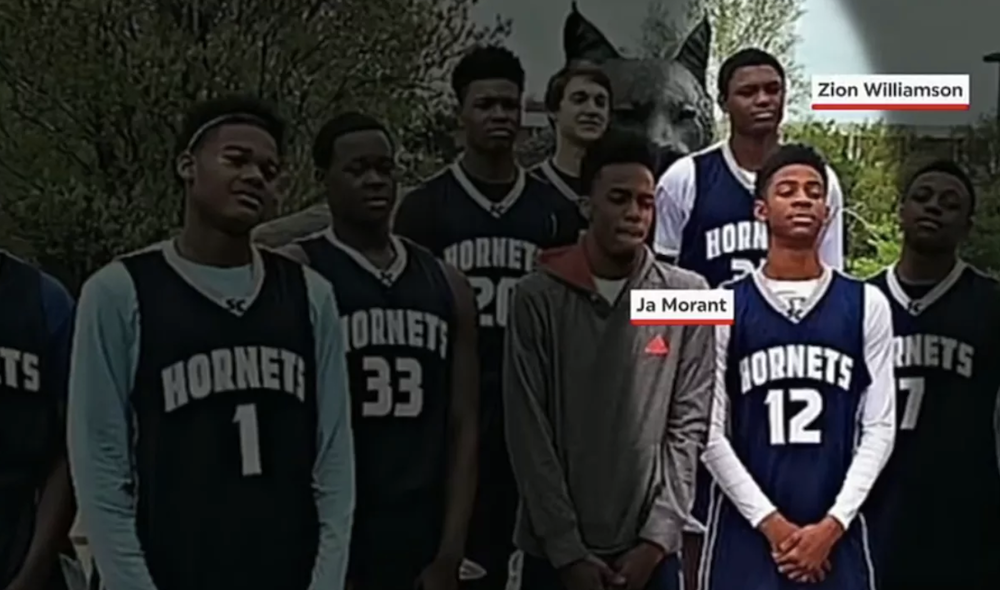 Fast forward several years and Zion and Ja are the number one and two overall picks of the NBA draft, respectively.

During the camp, Kane briefly walked away from the court. Was he unimpressed by the player’s showing? Was he sold and saw all that he needed to see?

Actually, he just wanted a fat, greasy, cheesy pack of Cheetos. Big fan of Cheetos until your fingers are orange as Trump. Iight, I don’t know if Kane was in search of Cheetos, but in fact the only reason Kane came across Ja was that he wanted a snack.

On his way to a nearby concession stand, Kane noticed Morant playing in a three-on-three game and was immediately impressed. Upon telling head coach McMahon of Morant’s ability, the school soon after offered him a scholarship.

What changed with Ja Morant from high school to college? I asked the Murray State assistant coach — James Kane — that spotted him on the way to get some popcorn at an AAU event. pic.twitter.com/xlwugmiCLW

His draft stock started to rise, and after posting a triple-double in Murray State’s NCAA tournament win against Marquette, he was widely considered as being worthy of the second pick in the NBA draft.

Here we are now in June, with Ja headed to the Grizzlies to help start a new era in Memphis. His story is one of resilience and determination, with the lesson being that if you work hard and strive toward your goals, you put yourself in a position to be discovered and successful.

Even if that discovery comes from a man just trying to grab a snack.