In The BLK gives us 3 emerging designers for NYFW
PHOTO CRED: COURTESY OF BRAND
By Suede February 17, 2022

This past weekend’s inaugural IN THE BLK show powered by #ChangeFashion celebrated the AW22 collections of three emerging Black designers.

Some fashion shows care all about the glitz and glam but others truly embark on showcasing audiences with total works of art and look to truly #ChangeFashion.

The event was sponsored by UPS and Color of Change, a leading racial justice organization and the initiative looks to be the first of many more events in store for creators of color in the fashion industry.

Each brand weaved together their own narrative but all shared the same thread of pushing the boundaries of their previously shown pieces and allowing their inspirations to further blossom on the stage.

Overall the atmosphere in the crowd and runway felt more akin to an opera or three-act play with the models’ movements in complete synchronization with the music.

In The BLK presents Third Crown

Third Crown, led by husband and wife co-designers Kofi and Kristen Essel, kicked off the first act with their Edelsteen collection.

The brand found inspiration in Edelsteen which is derived from the South African language meaning “gemstone.”

The fashion house used the crystallized mineral as the vehicle for highlighting the majestic beauty found in nature, particularly through pieces that have historically been known for their healing properties.

In The BLK presents House of Aama and Khiry

The second act began with House of Aama, founded in 2015 by mother and daughter designer duo Rebecca Henry and Akua Shabaka.

Their collection entitled Heritage Bloodroot Collection – Into the Archives drew inspiration from the rare bloodroot herb with their timeless garments that evoke nostalgia from Southern Creole and African identities.

The demi-fine jewelry brand evoked themes throughout the African Diaspora but reimagined with over 20 custom-made clean, sharp, and futuristic designs.

Just when you thought the show was over, Jameel and his models returned to the runway for a live staged music performance with Jameel providing the vocals that helped solidified an event for the ages.

One hell of a way to close out NYFW…

Needless to say, the entire vibe kept crescendoing higher and higher to a suspenseful end that left everyone on the edge of their seats.

We want to congratulate IMG, UPS, and Color of Change’s commitment to empowering and elevating Black fashion talent.

Let these moments from the In The BLK showcase serve as key examples of the necessity to empower black designers and we look forward to documenting future shows for the history books. 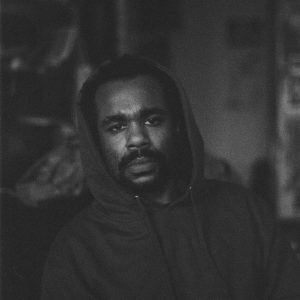 Justin “Suede” Hunte is a cinematographer, creative producer and documentary photographer. You can find often Suede in the traffic of life throughout the streets of NYC (and sometimes LA) strapped with a camera on hand and ready to document the constantly evolving surroundings through his eyes but ultimately shoots with his heart.

Previous ArticleRemembering April + Vista and their return to the stage
Next ArticleTune into Gatekeepers of Truth: A collision of art and activism
MOST POPPIN’