Is hip-hop divided? Why the new and old school are disconnected
By JaJuan Malachi 1 month ago

Over the last 15 years, the increasingly beloved genre of hip-hop has evolved in rapid fashion.

From the advent of Kanye West’s genre-bending 2008 emo-pop record 808s & Heartbreak, which made it “chic” to explore the concepts of vulnerability and the dark side of fame.

To the odd, idiosyncratic inflections of Young Thug’s seminal debut single “Lifestyle,” hip-hop has shifted on a myriad of occasions throughout the last two decades.

By virtue of this pattern, the traditional, one-dimensional archetype of the “hip-hop artist” has diminished in scale from act to act. Today’s concept of what a hip-hop artist can look and feel like is constantly placed into question and in an active process of redefinition.

With the expansive birth of so many subsections, it has opened the door for a vast range of fresh, unique artists to hop on the scene, willing and able to embrace themselves, embellished with quirks and all.

While these changes, by and large, have expanded the genre’s appeal to exorbitant heights with hip-hop being labeled the “most popular” music genre in 2018, according to a report from Nielsen, another subtle, more insidious conundrum has spawned out of such radical change.

During an interview with Southern rapper T.I. on his podcast: Expeditiously, Young Thug was asked about his thoughts on André 3000, who is a cultural icon in his own right and a leading pioneer in the Southern hip-hop movement of the ‘90s.

In lieu of glee and excitement to discuss one of the founding forefathers of “unconventional” rap, Young Thug uttered what avid fans of “traditional” hip-hop would find to be unthinkable: “I can’t rap you two André 3000 songs. I ain’t never paid attention to him, never in my life,” Thug said.

Following his awe-provoking statement, T.I. attempted to support Mr. 3000, delineating that he is in fact not an enemy and how they are, in essence, allies on the same team.

Young Thug on the Expeditiously podcast

Where does the disrespect come from?

This situation is not only emblematic of a cold, “spit-in-the-face” antipathy towards an almost indisputable “living legend” that is André 3000 but more so of a major dilemma within today’s hip-hop milieu: There is a lingering lack of veneration for the proverbial leaders of hip-hop.

By virtue of this phenomenon, it provoked a major schism between old rappers and members of the new-aged class of rappers.

“I think generational chasms are present in every genre of music and in every art form.”

In another instance of generational acrimony, J. Cole cultivated a diss track entitled “1985” on his fifth studio record KOD in 2018. The scathing verbal epithet was specifically pointed at prominent SoundCloud rapper Lil’ Pump, who created a track called “F**k J. Cole” in 2017.

During an interview with Paul Cantor of Vulture, Cole explained his rationale behind the creation of “1985” saying,

“If you exclude the top three rappers in the game, the most popping rappers are all exaggerated versions of Black stereotypes. Extremely tatted up, colorful hair, flamboyant. It’s caricatures.”

With such a massive divide between generations in hip-hop, it warrants the question: Are there any viable solutions that can be made?

“I think it takes younger artists also embracing and gaining knowledge of where their music comes from. They should seek to know where exactly R&B stems from and how Hip-Hop culture came to be as it is today”

Between both generations, there are some outliers who openly show love and respect regardless of the time they entered the rap game. Two prominent artists from two separate eras that come to mind are Cordae and Snoop Dogg.

“I feel like Snoop Dogg is a really good example. He is always able to stay relevant because he is able to adapt to what’s hot right now. He’s not one of those artists that’ll be like “oh, that mumble rap yeah that s**t sucks.”

In another vein, Cordae finds delight in embracing his predecessors in rap. Through the nostalgic nature of his flow and his affinity for teaming up with hip-hop legends like Q-Tip (More Life) and Common (What’s Life), the reverence is most certainly present.

Is it becoming cool to bash the old heads?

Another potential reason why the younger generation might feel less inclined to pay reverence to the ones that came before they are because such a move may or may not be beneficial to their bottom line and how their fans perceive them.

“It’s less advantageous for a person to say ‘Here are the people who are my contemporaries or the people that came before me that made me into the person I am today especially if those people are still competing in that arena.’

A.D. Carson, Associate professor of Hip-Hop at the University of Virginia

Irrespective of either generation, the media does play a tangible role in how riffs between artists are portrayed to the general public, sometimes exacerbating the situation altogether.

“Because many old school rappers are executives, agents, producers, etc, I believe there are more collaborations than strife between generations. But the strife will always draw more attention, get more coverage, and instigate more conversation.”

Patrick Rivers, Associate professor of Music at The University of New Haven

While quarrels do tend to manifest between artists in hip-hop, some feel that it is more of a constructive endeavor to mediate the “beef” rather than perpetuate it.

“I don’t know that the onus is on rappers or rappers alone,” said Professor Carson. “The people who see themselves as stewards of the culture, whether it be writers, executives, artists, teachers, it falls down to all of us to do that engaged kind of work.”

A.D. Carson, Associate professor of Hip-Hop at the University of Virginia

At the end of the day, even if rappers said they wanted to do it, they still wouldn’t be able to do it alone. It would take a village and there’s simply no escaping that portion of the matter. 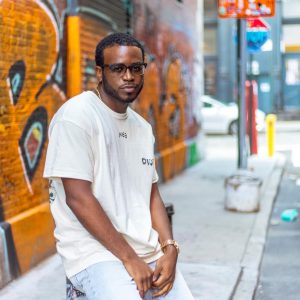 JaJuan Malachi is an avid cultural writer who finds purpose through his editorial coverage of all things pop culture, television, film and music. Hailing from Bed-Stuy, Brooklyn and Allerton Ave. in The Bronx, JaJuan prides himself on being a direct product of New York’s culturally rich, inner-city landscape. In true New York fashion, JaJuan attended New York University. After immersing himself in the canon of global literature, he earned his bachelor’s degree in English Literature. Over the last few years, JaJuan has contributed to an eclectic array of prominent digital news outlets including NPR, The Knockturnal, BET.com, FoxNews.com, NBC4NY.com, NBC News, MSNBC, Nightline, GMA Digital, WavyPack, GALORE and more. Currently, JaJuan works as a News Fellow for ABC News and is an Ida B. Wells Scholar at the Craig Newmark Graduate School For Journalism located in New York City. Holla at your boy: @jajuanmalachi