Yeah, you read that correctly, the 6 train. Everyone entered the Brooklyn Bridge-City Hall Station. The crowd waited in anticipation for the subway performance as the team rolled up in their best drip.

We were given the opportunity to photograph this subway performance; which was nerve-wracking at the start. As someone who is from the DMV, I can say that the trains in D.C. have never experienced anything like Free Swipe.

As the night went on it felt more natural to be in that space. People from all creative backgrounds were on the scene ready to experience the show.

There’s something about a show on a subway that brings another level of excitement to viewing an artist live. Intimate shows usually consist of specific space on a stage set to separate the artist from the crowd, but this was different.

“Free Swipe” had the perfect team

Rocky Snyda and Jay Prob pushed those boundaries as they stood level with their crowd. They took an everyday means for transportation and turned it into magic.

An artist always needs a team and Rocky and Jay had the perfect lineup to put the show together. They teamed up with vibe curator Rumpus, Concert organizer Arty Furtado, DJ No Promises, and FUTRxLGND to execute their plan. Everyone squeezed into the 6 as DJ Mel set the vibes off, and the artists got ready to perform.

We could feel the anticipation from the crowd like we all knew we were waiting for a performance unlike any we’d ever been to. Creating images on a moving train proved to be challenging enough but the artists performed using the movement from the train to their advantage.

Many photographers go for crisp imagery but in this space, you could definitely use that movement to your advantage. Capturing the energy of the crowd and performers was a top priority.

Jay Prob kicked things off as he commanded the crowd with his energy. Everyone used railings and train seats to get a better view of his set. The train’s turbulence didn’t stop anyone from dancing to his music.

As the train continued uptown, people peered in at each stop to see what was going on. To imagine being on the other side of those train car doors is impossible when you’re immersed in Jay and Rocky’s energy.

Rocky Snyda on the rails

The artists attracted more people, and some subway goers even joined the Free swipe party to listen to the music. It was a big party, and everyone was welcome.

A few stops before we transferred to head back downtown, Rocky Snyda performed. She stood on top of the train seats, leaning into the crowd as they screamed the lyrics to her tracks.

After her first song, the crowd chanted for her to perform her single, “W”. Rocky’s energy filled up that subway car and seeing everyone respond to the way she spits really set off the night.

As the crowd got off at the transfer point, we followed the sounds of saxophonist, Evan Jacobson. The musician kept the party’s energy going before they headed back. Rocky Snyda and Jay Prob are bringing a new sound and energy to the music scene.

They truly are future legends (FUTRxLGND) and if there is another Free Swipe in the future, add this to your to-do list. You don’t want to miss out on what these creatives are planning!

The future artists out of  Brooklyn are making waves and changing the music scene. They continue to push the culture, set the stage, so we expect great things to come. 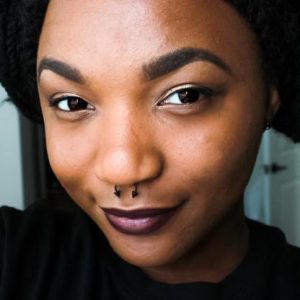 Previous ArticleCrypto and suicide prevention: How can we turn big money into charity?
Next ArticleNFTs x Fashion: Enabling Wearable Tech in the Metaverse
MOST POPPIN’