Before dominating movie box-offices, creating our favorite tracks, becoming superstar athletes, business magnates or even be elected President of the United States, everyone and I mean everyone, started somewhere.

Whether taking your order at McDonald’s, scooping ice cream over the summer, or selling garbage bags door-to-door, this list of the first jobs of 12 super successful people offers much-needed motivation as well as the proof that you are not alone in your daily grind. 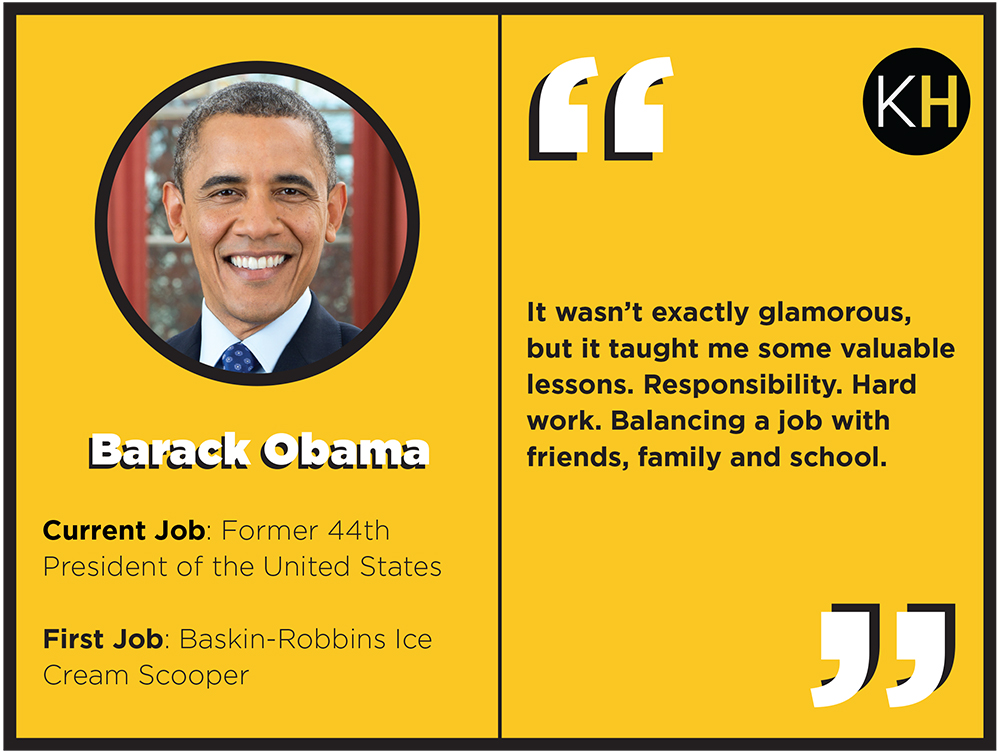 With his middle-class upbringing instilling the values of hard work and education, Barack Obama’s educational and professional career is evidence that he put these values into practice.

Serving as a Democratic senator for Illinois, Obama went on to become the first African-American to be elected President of the United States in 2008 and become one of the most respected global leaders on the political stage. 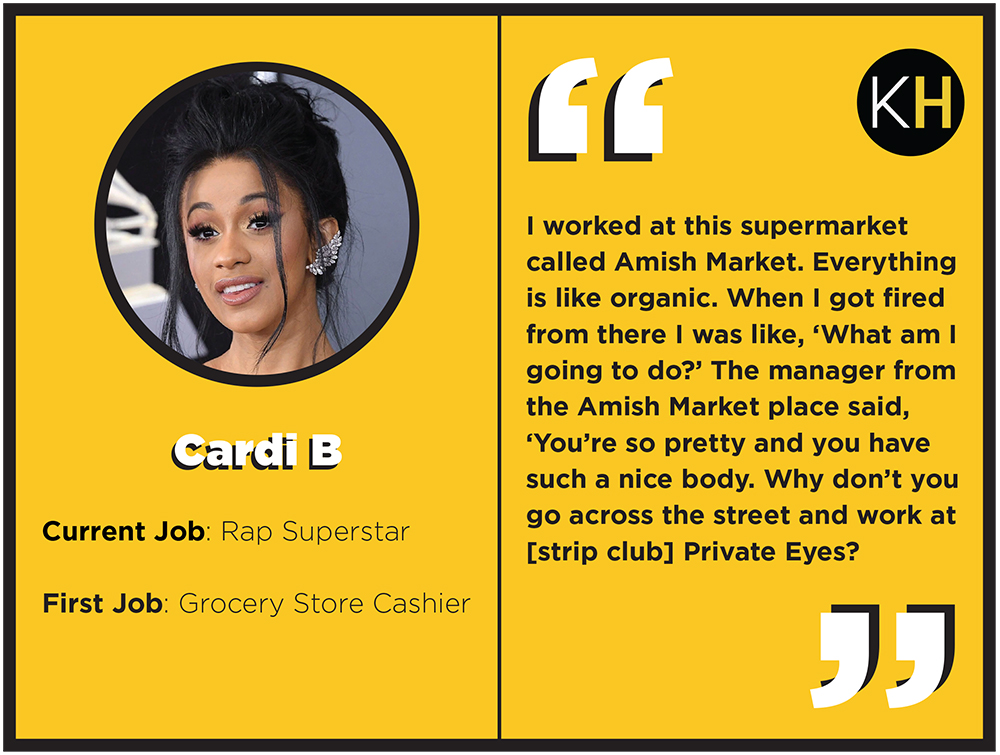 Cardi B has been very vocal about her past and her journey into becoming a formidable rap superstar. After working as a cashier at Amish Market, Cardi B was an exotic dancer for five years before her career took off.

Nonetheless, Cardi B repeatedly draws attention to her past in both her music and interviews as a way to break down the stigma around strippers and call out the slut-shaming culture. 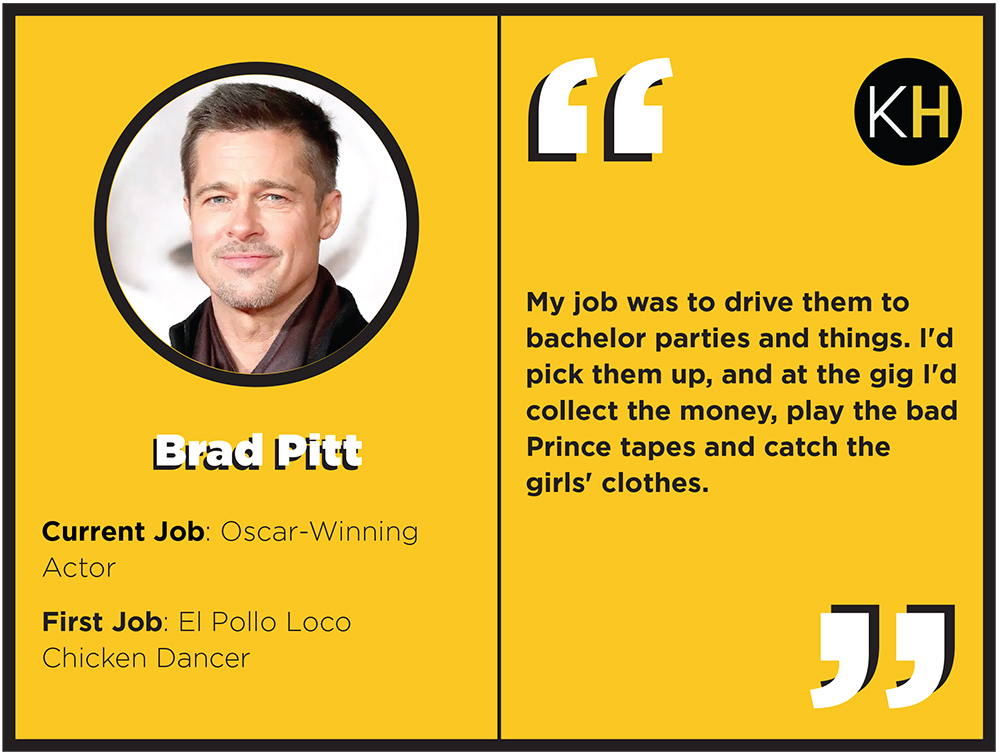 Before becoming a Hollywood heartthrob and one of the most famous movie stars, Brad Pitt could be found along Sunset Boulevard. But you wouldn’t be able to recognize him, because he would be sporting a chicken suit for the restaurant El Pollo Loco in an attempt to bring customers into the store.

Though he spent his early days hiding inside a chicken costume, his appearance and break-out role as a cowboy hitchhiker in the Hollywood classic Thelma & Louise was not only swoon-worthy but catapulted him to movie stardom. 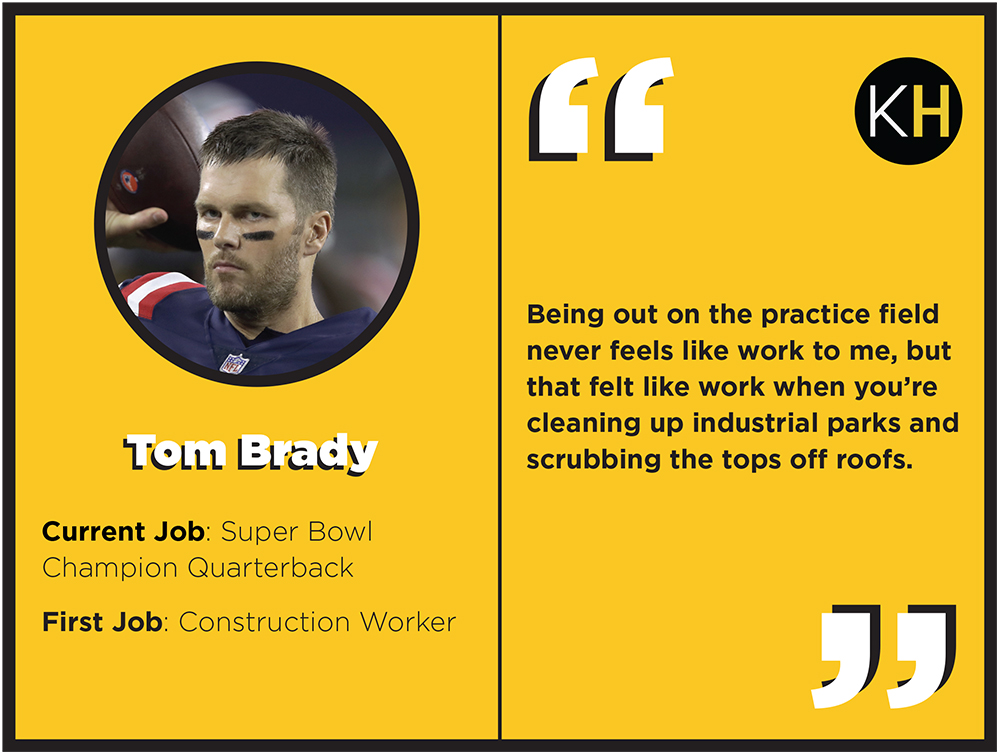 Though a god-like hero amongst Patriot fans, his good looks, and position as star quarterback, to an extent make Brady America’s ‘Golden Boy.’

While the title of ‘GOAT’ is always up for debate, the Patriots quarterback is undoubtedly talented and his underdog story in being the 199th overall pick of the 2000 NFL draft is evidence of the athletes’ hard work and transformation. 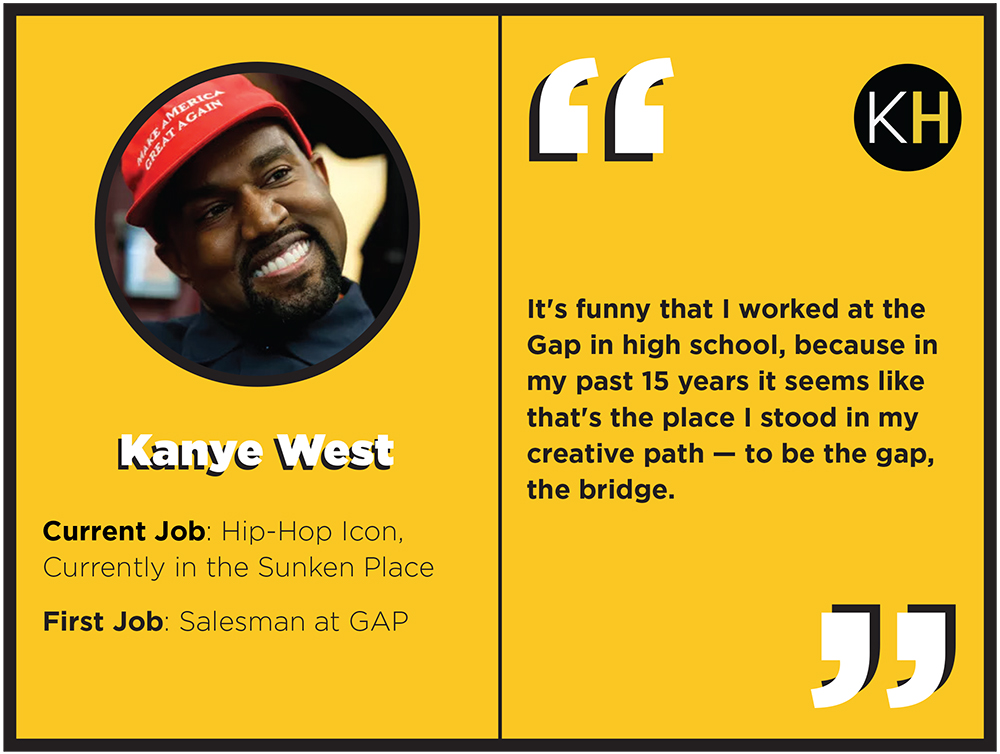 In his early days, the infamous and controversial rapper and hip-hop artist had undergone the struggles of working in retail — the long hours as well as encountering the dreaded and inevitable customer question, “can I speak to the manager?”

Nonetheless, this may have been the starting point for West’s passion for clothes that led the artist to make a name for himself in the fashion industry. The outspoken artist has come a long way as West continues to make groundbreaking music and wild headlines. 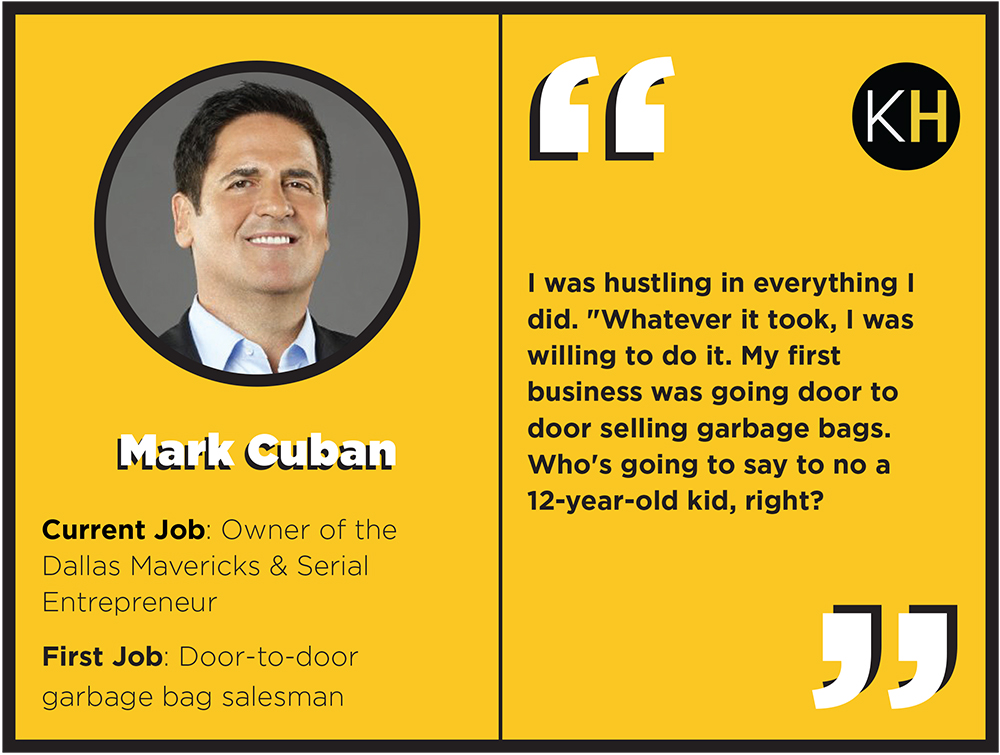 With an estimated net worth of $3.9 billion according to Forbes, Cuban is now one of the wealthiest people in America. The business magnate and investor earned his fortune in the 1990s, selling his streaming site Broadcast.com for $5.7 billion in stocks.

The owner of the Dallas Mavericks is also a weekly face on the reality TV series, Shark Tank; a show on ABC that offers a platform for aspiring entrepreneurs. 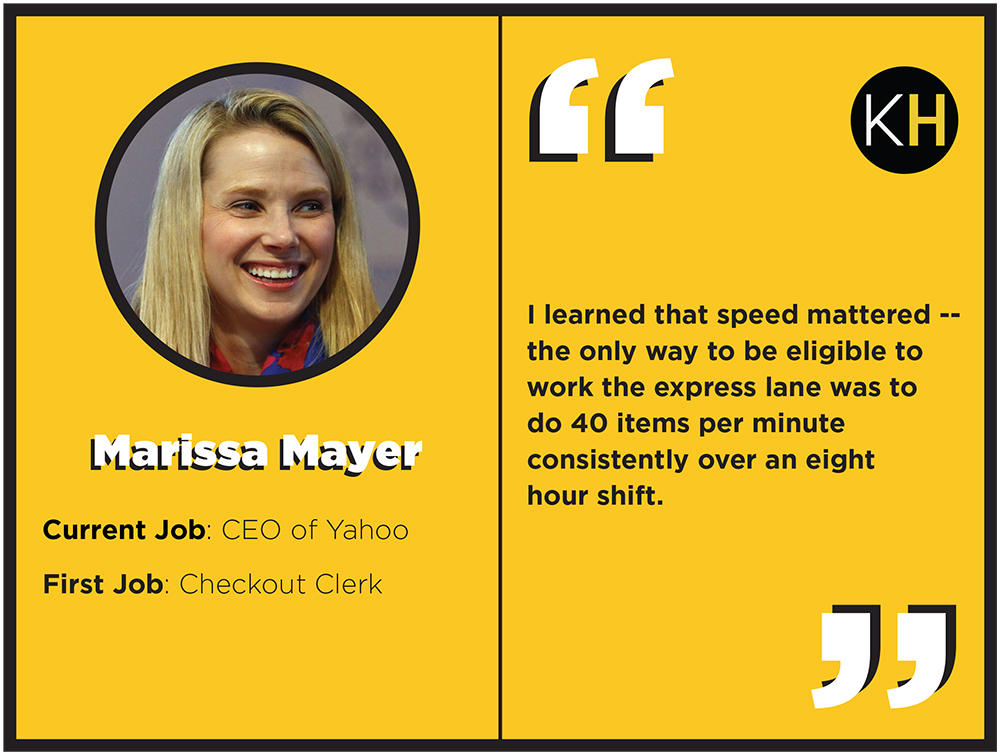 Initially enrolled at Stanford University for Pre-med, Mayer’s career aspirations took a turn when she took a computer science class. By the time she graduated, Mayer had multiple jobs lined up in the world of IT.

Starting out her career at Google, Mayer was the tech company’s first female engineer and is credited for playing a major role in formulating Gmail and Google Maps. At the age of 37, she landed the title Yahoo’s CEO. 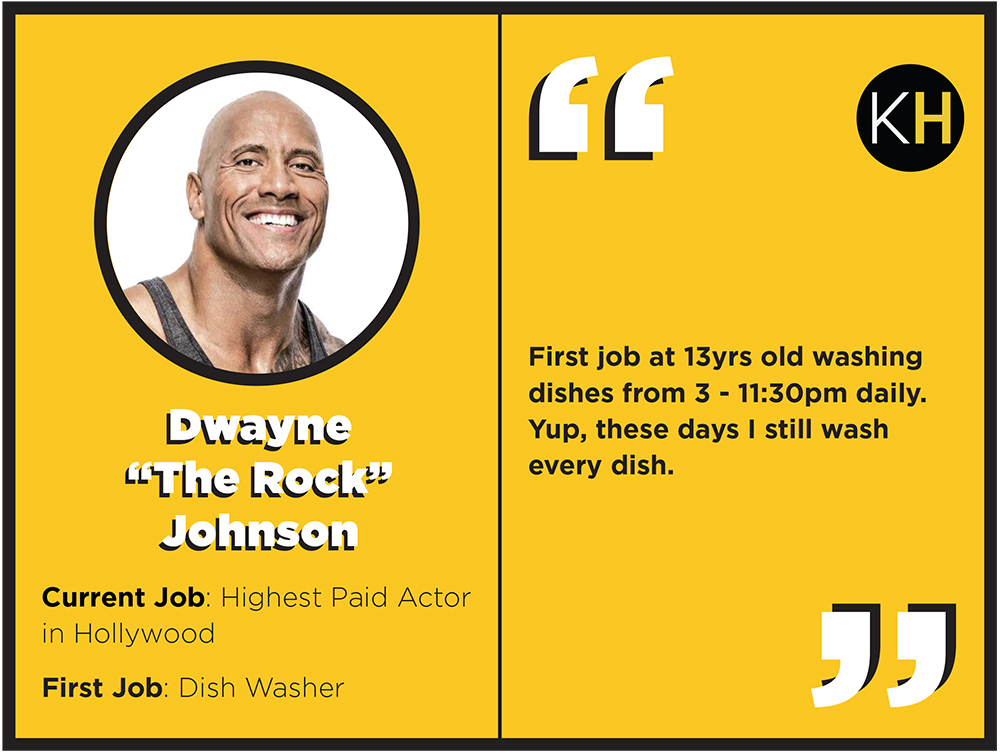 Before becoming Dwayne ‘The Rock,’ Johnson was a college football champion with aspirations to play in the NFL. With his football career ending, Johnson translated his discipline and commitment to training into the world of WWE wrestling, becoming a global star.

He later made the transition into acting, (a career decision encouraged by his ex-wife/manager Dany Garcia), and has become Hollywood’s go-to male lead for blockbuster films. Johnson is now Hollywood’s highest paid actor. 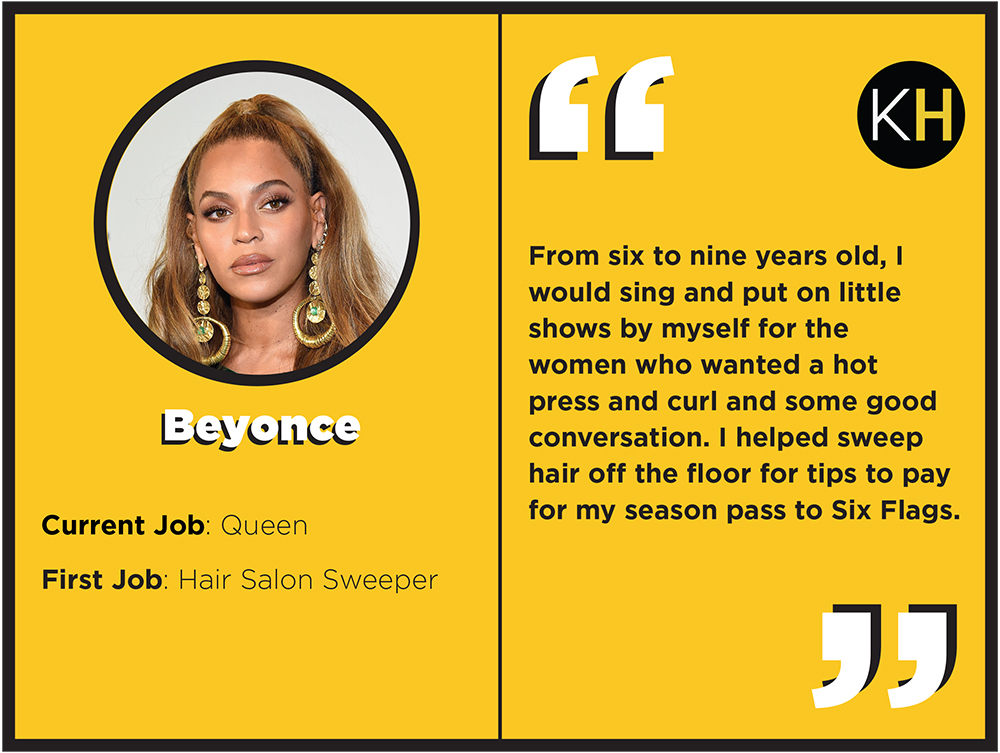 Though she is currently serving her reign as ‘Queen B,’ prior to this, Beyonce was a part of the iconic R&B trio Destiny’s Child. Her incredible vocal range, dance moves, hit tracks and string of successful albums, culminate into the artist continuing to sell out stadium arena concerts all over the world.

With music that empowers women of color all over the world, her career is a testament to the fact that Beyonce is a global powerhouse. 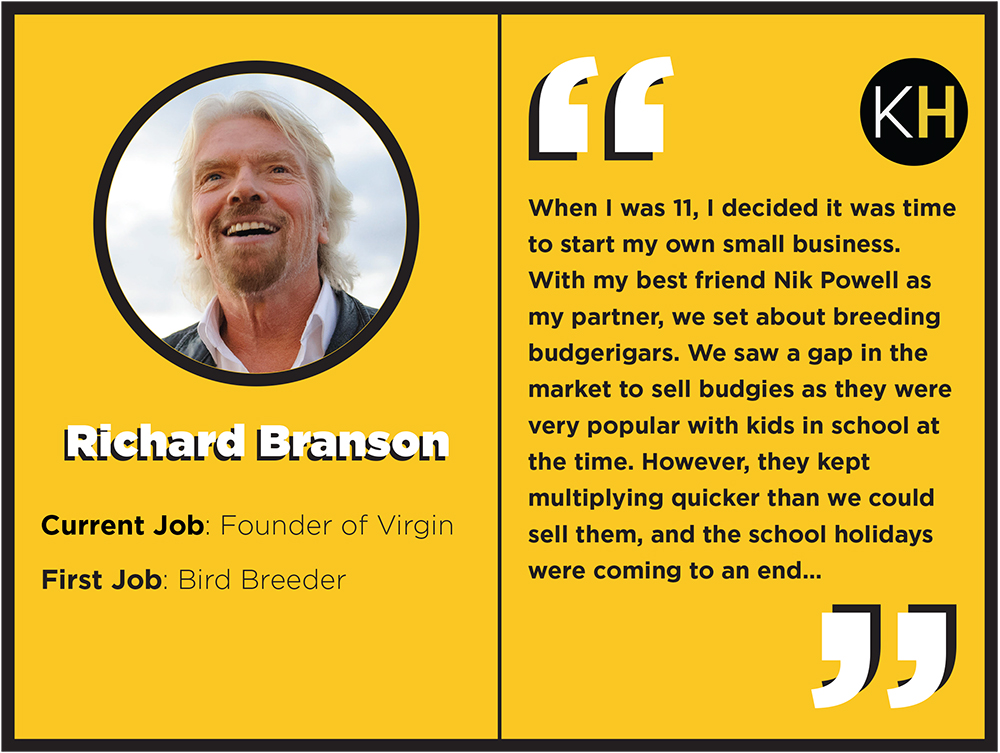 Though his bird breeding business at the age of 11 didn’t quite take off as he had hoped, it’s clear that Branson from a young age had an innovative mind.

The British tycoon, however, cites his naivety and lack of experience in business and entrepreneurship as allowing him the freedom to carve out a space for founding Virgin. He points to his lack of concern for rules as influential to his success and continues to adhere to this logic when advising aspiring young entrepreneurs. Branson is reportedly worth $5.1 billion. 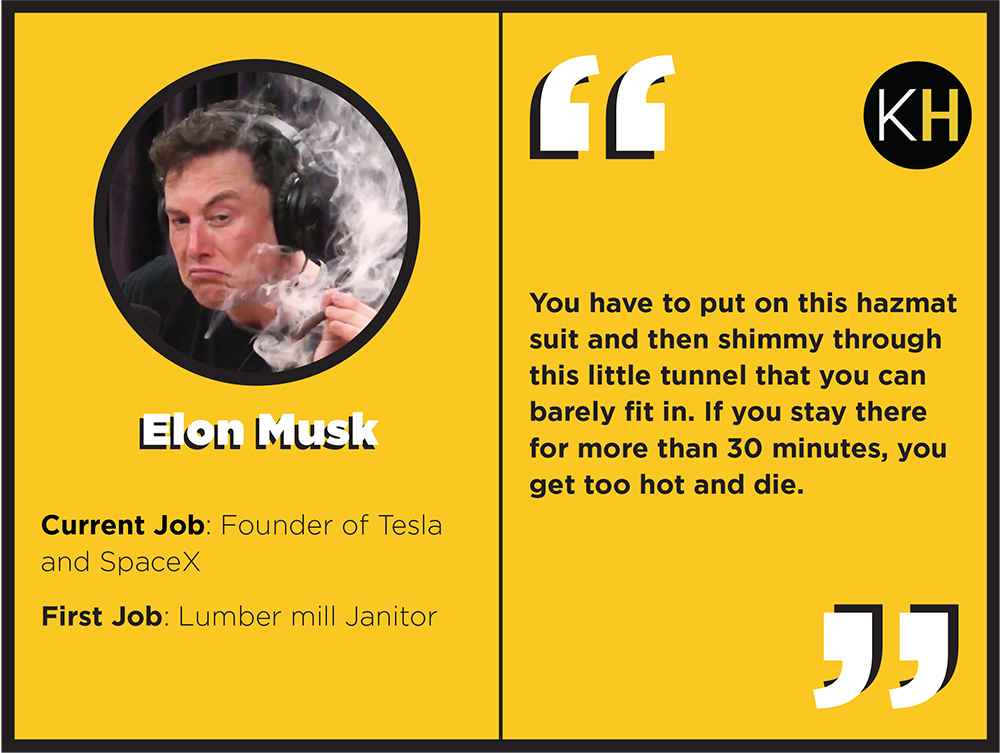 Born in Pretoria, South Africa, Elon Musk is the CEO of SpaceX and Tesla, founder of The Boring Company, and co-founder of OpenAI and PayPal.

At the age of 47, Elon Musk is running four multibillion-dollar companies in four different fields as is indicative that one doesn’t have to be an expert in a given field,  instead, one can transfer their knowledge and skills to other projects. 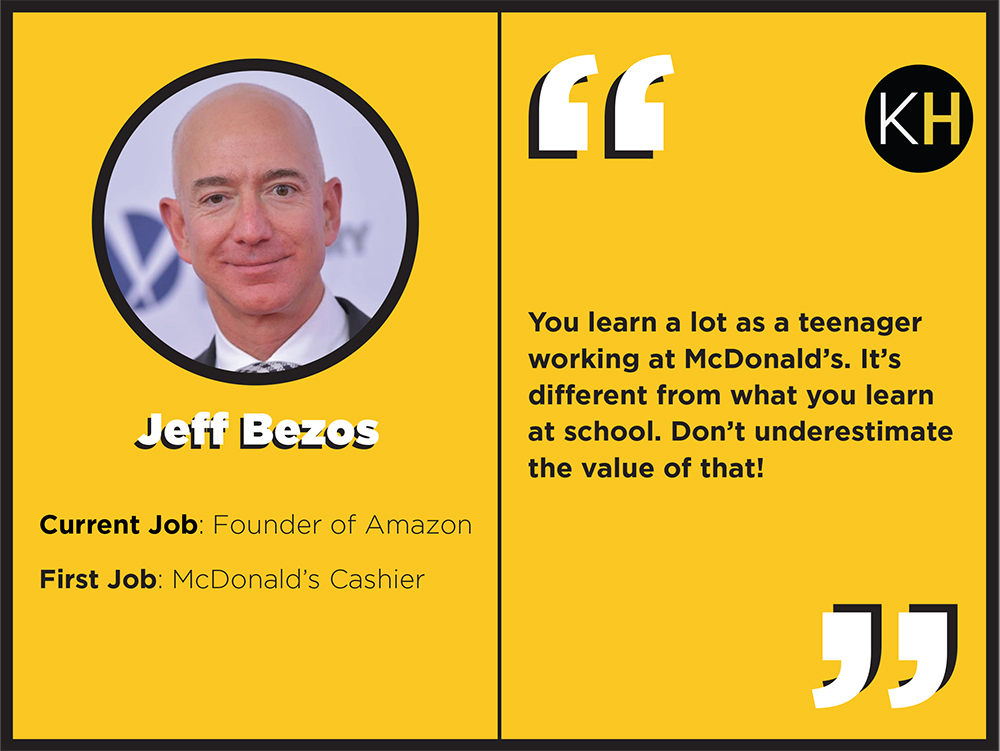 Worth more than 90 billion dollars, Jeff Bezos has officially become the richest man in the world. According to Forbes,  the Amazon executive is also the world’s most powerful CEO.

Though Amazon started out as a company only selling books, the company has expanded tremendously as an online retailer. While Bezos personally started out his working career by taking orders at McDonald’s, his company takes everyone’s order by selling everything you need from, all over the world.

Previous ArticleHow Dan Newman turned his photo and film hustle into a career
Next ArticleWho is Don Q? The Bronx rapper helping bring New York back
MOST POPPIN’