Do more with less: How to find success through simplicity
PHOTO CRED: Kehinde Wiley
By Malcolm Lemmons October 10, 2019
FacebookTwitterLinkedinReddit
X

Have you ever had an extremely long to-do list, only to end up accomplishing less than half of it by the end of the day?

Or have you been in the midst of doing something important and for no reason at all, you randomly got distracted and started scrolling through social media? Or have you recently been mid-sentence and suddenly lost your train of thought?

Regardless of where you come from, I’m sure you’ve encountered at least one or two of these things happening to you.

Every day we’re clogged and pulled away by preoccupations, diversions, and interruptions. Every day we’re filled with thoughts, ideas, and external consumption.

Every day our obligations, priorities, and activities just increase in size. It’s like we seem to have way more to do than ever before, but way less time to do it.

Like kids in a candy store, there are too many options to choose from. There are so many things we could be doing and people we could be hanging out with. So many careers and opportunities we could pursue.

But were either too far on either end of the spectrum trying to pursue it all or paralyzed to do anything because of the unlimited choices we have in our faces. Most of the time we’re so focused on trying to go fast that we forget to check to see if we’re even going in the right direction.

We all want to reach success, but a lot of us don’t know the first thing about finding it in our own lives.

In a world where everyone is looking for the blueprint to a better life, the few who find it and get the most done consistently, rely on simplifying their life by doing these several things:

1. Pick one thing to focus on at a time.

I’ll set the record straight right now. There is no such thing as multitasking as bad as you might want it to exist. When you’re so-called “multi-tasking” what you’re really doing is simply switching from task to task.

You’re not doing two things simultaneously. It’s impossible. Humans aren’t biologically wired to be able to process two events at one time. We can only focus on one thing at a time.

So narrow down. Lock-in. And choose the one thing you’re going to divert all of your attention too at any given moment.

TVs, texts, social media, notifications, emails, etc… All of these things intrude on your daily life, but few of them benefit you in terms of productivity. If it’s not serving you for the better, get rid of it. I do the vast majority of my work, with my phone in the other room so I’m not tempted to even touch it or think about it.

I’ve heard other people go to extremes such as deleting every app on their phone and cutting it off during the day. Figure out what strategy works best for you and put it into daily practice.

You’ll increase your productivity by 10x.

Routines are important because distractions will always get in the way. If you can build a stable schedule for yourself, not only will it simplify your day and free up your mind, but it will also allow you to build skills day after day, and you’ll know exactly what you’re working towards while helping you track your progress.

4. Get clear on what success means to you.

Success for you could mean making a million dollars a year. It could mean freedom and complete autonomy over your day. It could mean winning awards and having luxurious things. I’m not here to critique or judge.

But I’ve always believed that you need to have a destination in mind well before you start your journey. Think deeply about what success looks like in your life. Get clear on what you want to accomplish and the lifestyle you want to live.

If you start and don’t know where you’re going, how will you know when you actually get there?

5. Know when to rest and recharge.

Life shouldn’t be all about work.

Successful people don’t try to build Rome in a day. They know that nothing great happens overnight so when it’s time to stop working — they stop. They know when to put down the phone, or computer and spend leisure time with their family or read a book.

There is no ultimate balance, but drawing the line and standing firmly by it is still important. You should never be living to make money. Instead, you should only make money so you can live. And know when enough is enough.

Keep in mind that…

The problem usually lies where we think that we need more when really we need less. Less noise, minimal commitments, and fewer things. Less of everything gives up times to see what really matters. It shows us how to simplify our lives to figure out what we’re meant to do on this planet.

Success is never as far as we think it is. It just requires you to create these slight shifts in your life and figure out what you’re working towards. 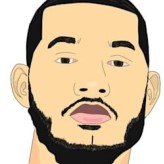 Malcolm Lemmons is a former professional athlete turned author and entrepreneur. During his days playing basketball overseas, Malcolm didn’t know how to prepare for life after sports. He began to write about his experiences and the obstacles in his athletic career, which led to his first book, Lessons from the Game. Malcolm has also written for the Huffington Post and has been featured on MLB Network and Front Office Sports. He recently published his second book called Impact Beyond the Game. You can learn more at malcolmlemmons.com and follow him on Instagram and Twitter @malcolmlemmons.

Previous ArticleWhy the NBA's lucrative relationship with China is bigger than basketball
Next ArticleJust breathe fam: 4 low-key mental health practices to add to your routine
MOST POPPIN’