Elizabeth Pipko is used to playing multiple roles and that’s because she’s been surrounded by good work ethic and talent since the day she was born.

Her father is an attorney, her mother a touring concert pianist and her grandfather was the late Marc Klionsky, a world-renowned master portrait artist. Growing up, Elizabeth was naturally encircled by a world of artistry.

Now at 23, she’s redefining what it means to be a model by simultaneously bodying two lanes that truly make her unique — she’s a published author and figure skating athlete as well.

The platforms have allowed her to inspire many young girls, who like her, were forced to open one door when another one closed. Now she’s able to do it all, but that didn’t come without its fair share of adversity in chasing her dreams. Since a young age, Elizabeth was taught to work hard. 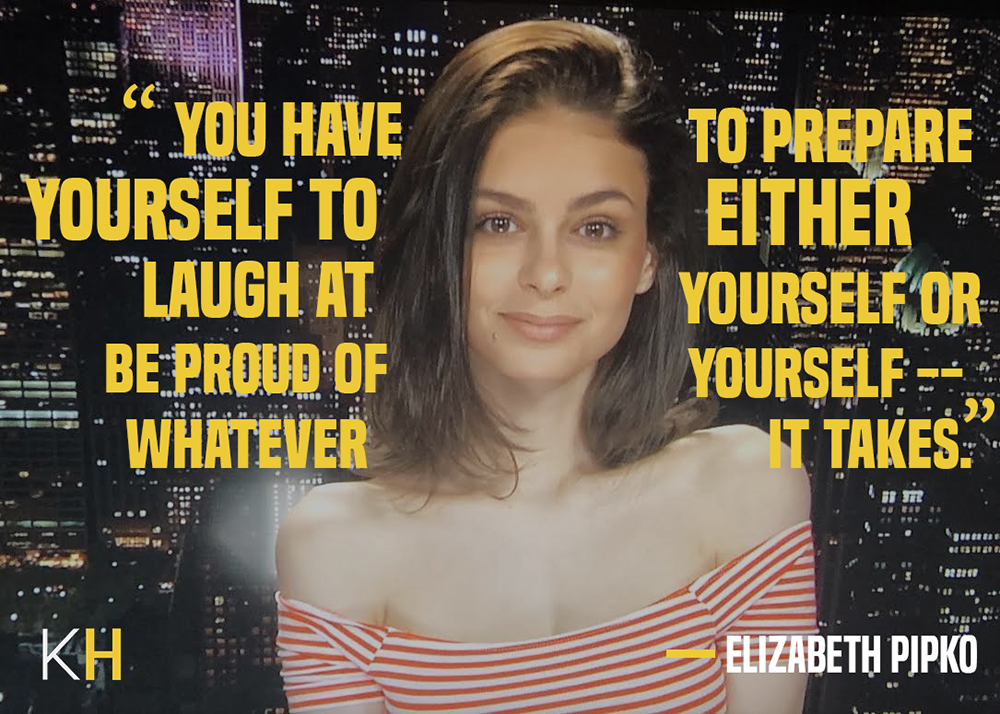 At the age of 4, she was already performing violin pieces in Merkin Hall, although she admits she was a little forced. Reflecting back on it now, her aversion to the instrument seemed almost obvious. In a meet up at the Kulture Hub office, she told me,

“Now I get why I didn’t like it. I wanted to go to the park and climb the rocks because I thought it was cool. I didn’t wanna play violin. I was stuck with it, everyday, performing at 3 or 4 years old, where I was so nervous. It taught me discipline.”

Elizabeth then discovered skating at the age of 10. By 11, her entire life changed because she truly fell in love with the sport. She was committed.

To prove it, Elizabeth packed up, moved to Florida, changed her diet, and dove into a 10-hour schedule of skating every day. Within those hours, she worked with a private tutor in order to keep up with her studies as she was focused on chasing her dreams to one day compete in the Olympics.

Then, at the age of 15, she would suffer from a debilitating injury. Doctors told her the injury would keep her from skating ever again, but instead of letting that moment stop her, fate would open another door. 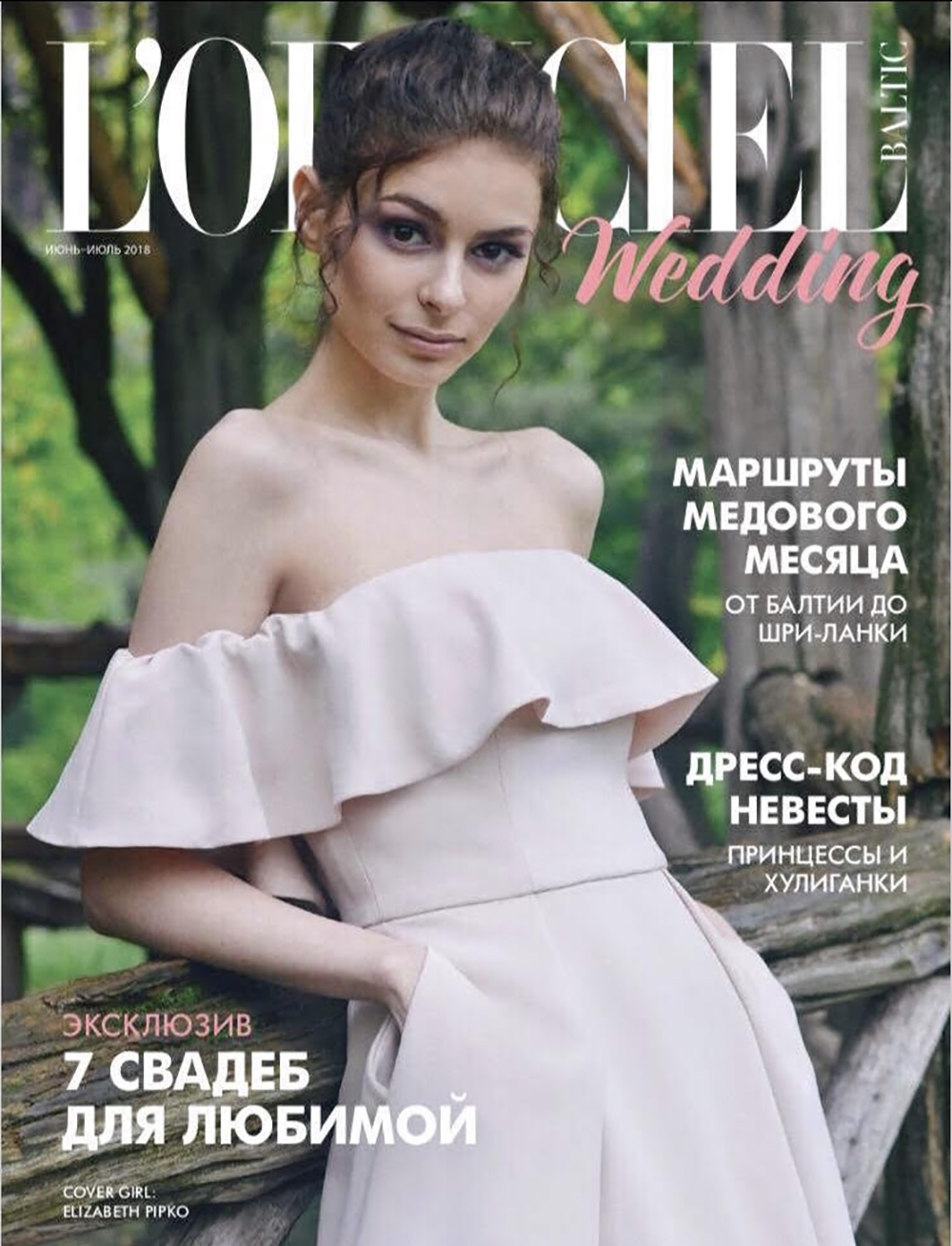 Shortly after returning back to New York, she was approached by a modeling agency who wanted to sign her. While it was a confidence builder, it was daunting. Imagine going from a confined homeschool life in Florida to having every move snapped by a photographer.

So, Elizabeth began writing poetry to rid herself of her emotional turmoil. Soon enough the figure skater turned model would have her work picked up by publishers who decided to give her an opportunity.

Elizabeth’s first book, Sweet Sixteen, was written through the eyes of her 16-year old self. Her poetry centered around her crush, paralleling her pain to the ice rink she’d said goodbye to. To sum it up, it was a message any young girl could relate to: 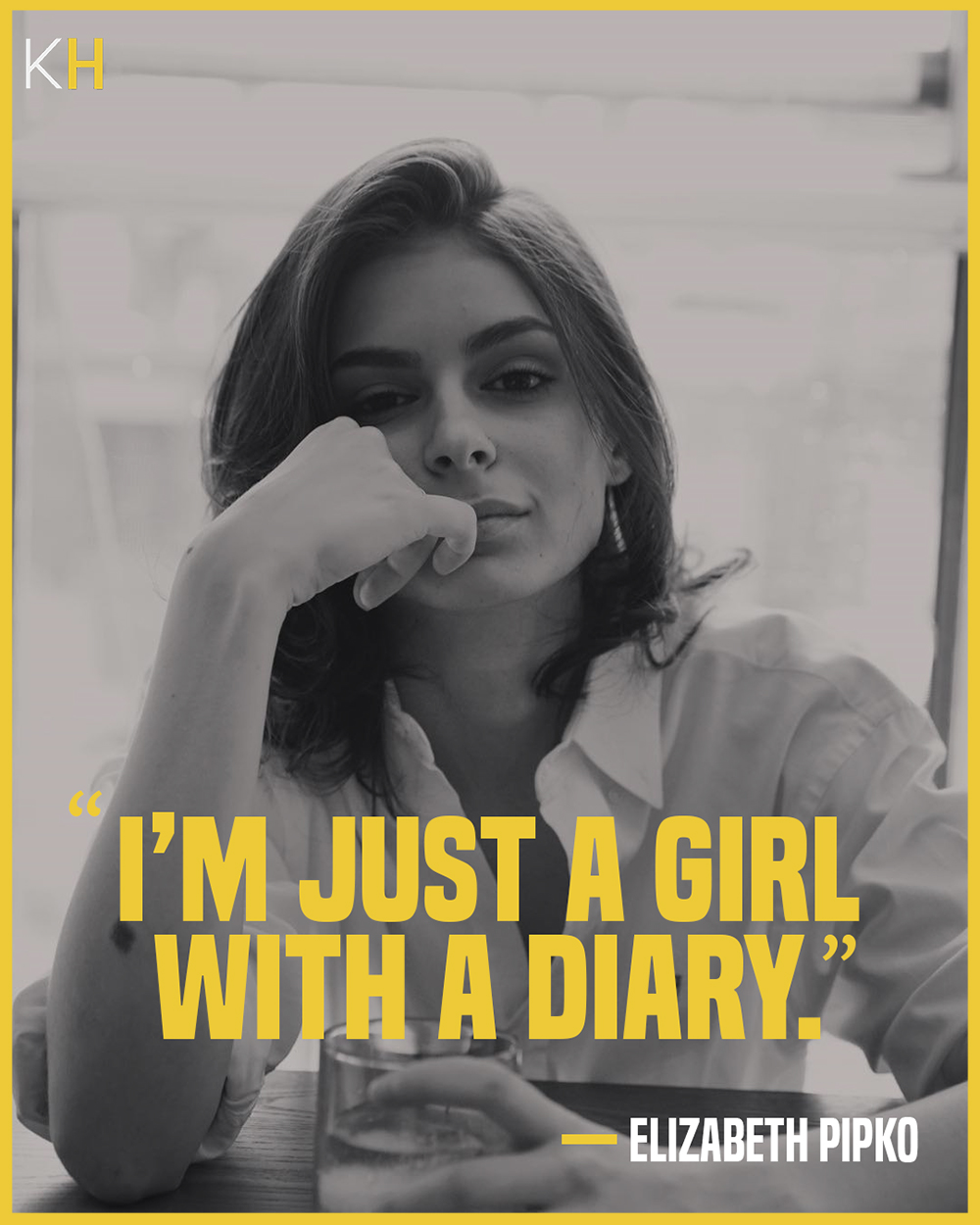 Elizabeth’s second book, About You, was released 6 years later. This time, Elizabeth’s muse was the same as her first, but left purposely ambiguous, allowing the reader to draw inferences of their own desires.

She describes herself as a tomboy in her younger years, putting up with bullying over her looks. It’s no wonder that when the founder of Vizcaya Swimwear, approached her over their #ImperfectlyPerfect campaign, Elizabeth was all for it.

Bonding over the fact that they’d both dealt with bullying in the past, they came up with the idea for the hashtag. Using social media the two hoped to encourage a positive body image for young women looking at the swimwear’s line that season.

“There are so many people on social media that there isn’t a high chance my social media will connect me with someone who wants to get me a job or something. But I think there’s a higher chance through a campaign, or talk of my skating injury that a young girl will see that and think ‘I’m coming back from an injury’ or ‘I shouldn’t be ashamed of this stretch mark.'”

Elizabeth has now modeled for the likes of DT Magazine, Maxim, and Esquire with more and more opportunities presenting themselves along her journey.

In experiencing everyday, regular life things like going to school, getting a job, hanging out with friends, or dating, Elizabeth realized that nothing made her feel the way skating did. She started re-training for figure skating a year and a half ago. 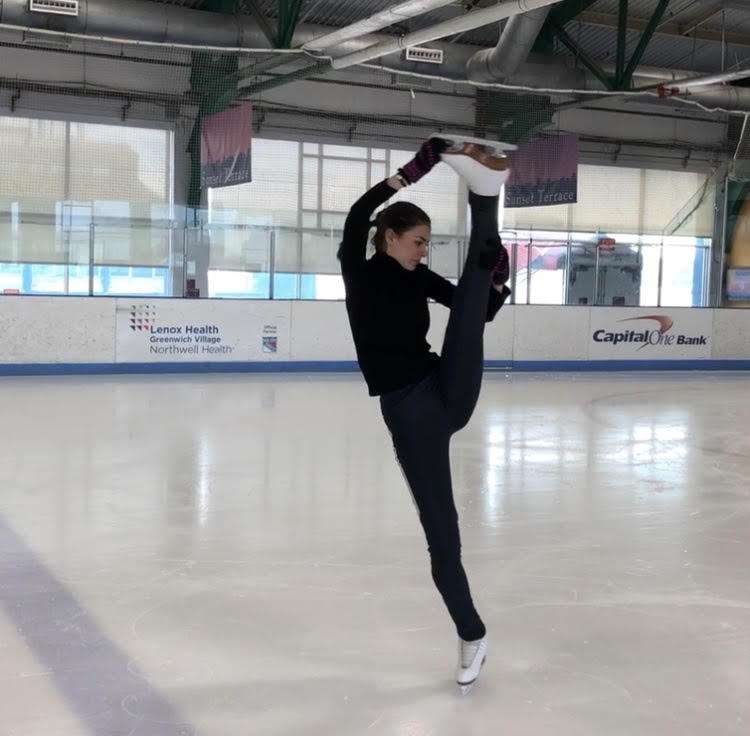 During her first couple sessions, she found herself too scared to jump because she was having flashbacks. Still every day, she pushed herself to work harder and renounced her love for figuring skating. Elizabeth continued,

“I’m literally obsessed with a sport. A) I’m going to have to retire eventually so I’m always going to have to say goodbye. B) I do this thing I love that breaks my bones. I’ve literally had a concussion, a head injury, I broke my femur, I hurt my ankle, my other ankle, I tore my ankle. I’ve broken every toe, my tailbone 4 times… And I keep going back.”

Though it’s difficult to believe in yourself at times, having confidence is the main key to keep it going, no matter what obstacles you’ve faced. As far as external opinions go, the only one that matters is your own.

“Throughout it all, ‘Never give up.’ Everyone says it, but it’s true. It feels really good to be proud of yourself. Do what you want to do and don’t listen to anybody else. There are so many people in my family who I love and still love that claim to love me but tell me not to skate. People who tell me, ‘This is stupid, what’s the point?’ The amount of happiness that it’s brought me that people would have taken away from me — not on purpose — but just by trying to give their opinion when in my heart I knew what I wanted to do. I could’ve been miserable. Only do what you feel in your heart and don’t surround yourself with anyone who tells you otherwise. Life is so short. Anyone who tells you not to do what you want to do, you don’t need that.”

On top of all that, Elizabeth also goes to the Harvard Extension School and is majoring in Law while balancing her modeling career.

For girls looking to get into the modeling industry, she sheds some wisdom through her own experiences on set. With her current and future modeling career at hand, she has plenty of advice to the next generation of girls just like her.

Especially for young models, she offers some of her own thoughts and experiences that she hopes others will learn from. Elizabeth stresses choosing your comfortability over a paycheck saying,

“Decide what you’re comfortable with before you start and don’t change your mind. There’s a lot of pressure at a photo shoot and a photographer says, ‘Would you do this topless,’ or ‘Would you shoot in this?’ In the moment it’s going to be really hard to decide because there’s going to be a lot of pressure, you’re going to want to please the client, so make sure you decide beforehand. Don’t do anything you’re not comfortable with, don’t do anything you wouldn’t be comfortable sending to mom and dad. Make sure that you’re okay with it, or you’re going to regret it.”

As for her future in figuring skating, Elizabeth hopes that one day she can coach full time. She shared the most important piece of advice she’s learned thus far, advice that can be applied throughout multiple career paths.

“Don’t be scared to fail. If someone fails in Basketball, you dropped the ball, whatever. If someone fails in figure skating, you’re a little girl by yourself on a giant ice rink, people watching, you’re on your butt, everybody knows. You can’t be afraid to fail. You have to prepare yourself to either laugh at yourself or be proud of yourself — whatever it takes. You can’t be afraid to fail, because you’re going to fail at skating. It’s slippery, it’s ice. Just be prepared. It’ll only make you stronger, just know it’s going to happen.”

Julia is a writer who enjoys topics that expand her mind. You can check out her personal development blog at juliaismail.com/blog.

Previous Article10 annoying ass things you deal with when you have visible tattoos
Next ArticleNow that Kodak Black is free, should he go to college? He thinks so.