Life has finally caught up with Bill Cosby.

Yesterday (Sept. 25), the man once universally recognized as “America’s Dad” was sentenced three to 10 years on three counts of aggravated indecent assault and fined $25,000 for the costs of prosecution.

Tuesday’s sentencing was the culmination of what had been an ongoing controversy ever since a clip of comedian Hannibal Buress calling Cosby out for rape went viral in 2014, resulting in dozens of women coming forward saying he drugged and sexually assaulted them.

Of the allegations that stuck, was that of Andrea Constand, who filed a civil suit against Cosby in March 2005.

The civil suit between Constand and Cosby ended in a non-disclosure agreement and $3.4 million dollar settlement but did bring about three second-degree felony counts of aggravated indecent assault due to revelations in Cosby’s 2005 deposition in the case which came to public and investigators’ attention when they were unsealed by a judge in 2015

This led to Cosby’s first criminal case in 2017, which resulted in a mistrial, then to his retrial which concluded Tuesday with a guilty verdict.

Cosby was charged with three second-degree felony counts of aggravated indecent assault and deemed a ‘sexually violent predator’ by the judge. Cosby is set to do his bid at the State Correctional Institution at Phoenix, a state prison.

For Constand, this is a sigh of relief and vindication; for the 60 plus women who say Cosby sexually assaulted them between the years of 1965 to 2008, this is some peace of mind; and for the countless women who have not come forward to hold their abusers accountable due to fear and other factors, this is hope.

Which is why you shouldn’t feel an ounce of remorse at all.

While Cosby has given countless actors and actresses their start — from Lisa Bonet to Raven Symone — it should be a stark reminder that no one is above the law and that one’s feats do not and will never overshadow conduct.

Sure, I mourn the idea of Cosby — as in the TV show that made me want to attend a black college and heightened the importance of a black family. But my mom is a rape survivor and I survived a rape attempt as a preteen. I have negative fucks about what happens to Cosby.

There are no real victors here. The victims were still victimized and Cosby still got what he wanted out of them. However, there is significance in closure, and more importantly, in hearing the voices of the abused.

Women need to know that there never is a bad time to speak up and that when they do they will be heard.

Cosby accuser Lili Bernard, an actress who said Cosby drugged and raped her, told CNN that Tuesday’s verdict was a “hallelujah moment” for her despite feeling “mixed emotions” over its length. “This is a momentous decision in the me-too era,” Bernard said. She added:

“It’s incredibly important. I do have mixed emotions. On the one hand I feel absolutely elated that justice was served. On the other hand I also feel disappointed because clearly the three-year minimum sentence does not adequately reflect the havoc this man, this rapist, has inflicted on so many women including myself.”

Cosby, who sexually assaulted Constand back in 2004, is the first tangible example of the power of the #Metoo movement. Others like Weinstein, Louis C.K and Kevin Spacey have merely lost jobs and power. Cosby has lost his life.

As a Philadelphian and fan of his shows and comedy, I can say that Bill Cosby deserves every ounce of that jail time. #dontdruggirlsmaybe #dontrapeperhaps

Hopefully, Cosby’s downfall creates a precedent that will hold all sexual abusers accountable no matter how long ago the act was committed.

Even now, as Supreme Court nominee Bret Kavanaugh goes before the Senate Judiciary Committee to testify against accusations of sexual assault that supposedly happened decades ago, we now know to hold the accuser to the utmost degree and to take these types of things seriously.

It’s just an uphill battle because you still have those who are romanticized by the idea of celebrity and who are willing to ignore the testimonies of the abused.

Songwriter, multi-instrumentalist and Grammy winner, Stevie Wonder, while holds that the sentencing is fair, still has a savory tone when it comes to Cosby. He said,

“You know what, I just pray for everybody, but even more, I pray for this nation – and it’s leader. I don’t like prisons… I respect the work that he’s done in his career as an artist, and he’s inspired a lot of people. And I just pray that God give him the mercy.”

And Cosby’s spokesperson, Andrew Wyatt, says his client and Brett Kavanaugh are victims of a “sex war”, adding that Cosby was subjected to “the most racist and sexist trial in the history of the United States.”

It’s sad that even after a guilty verdict there can be sympathy and excuses for the abuser and less support for the victims. It proves that there is much work still to be done.

Until then, Cosby will be remembered a lot differently than pudding pops and family examples. 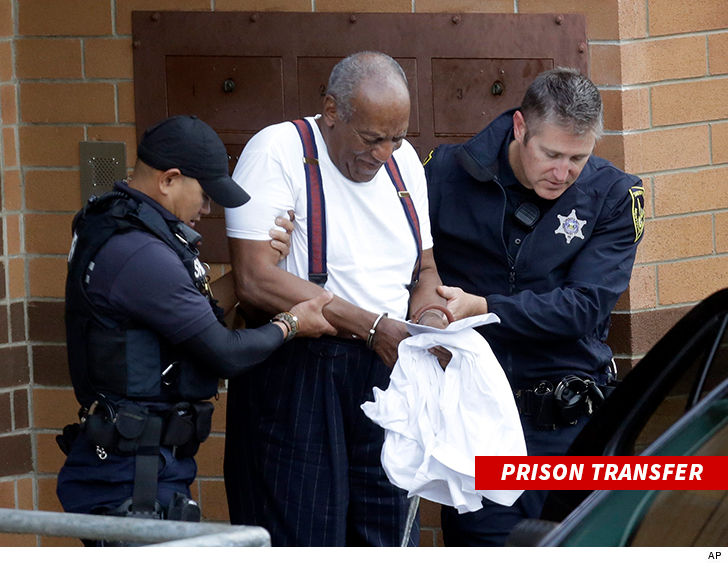 Previous ArticleGod’s Plan: 10 times Fatboy SSE proved that he’s a man of the people
Next ArticleHow 'Women of Color in Solidarity' is starting a global movement
MOST POPPIN’