The exchange of pink ribbons shows that healing is a community enterprise. October marked the arrival of Breast Cancer Awareness month, and grieving families are looking beyond themselves to find healing.

From sharing the loss of loved ones to the stories of women emerging victorious from their battle with the disease, the breast cancer community is healing pain within its ranks by spreading awareness and educating others on practices that could save lives.

Breast cancer is the most commonly diagnosed cancer and the second leading cause of death among women in the US, according to the latest report by the American Cancer Society. One in eight women will be diagnosed with breast cancer during their lifetime and 1 in 39 women will lose their lives to the disease.

Many families have lost loved ones to those statistics, leaving behind mourning relatives to pay tribute to the memories of those passing on.

However, those left behind are also treating their ordeals as cautionary lessons. A central tenet of breast cancer advocacy is the push for early diagnosis — persuading those susceptible to take the mammogram test.

The numbers back their efforts. According to the American Cancer Society, relative survival rates for women diagnosed with breast cancer are 91% at 5 years after diagnosis; 84% after 10 years; and 80% after 15 years.

The goal is to make sure that others at risk of breast cancer are diagnosed early to maximize their chances of survival. For family members who have gone through the experience of losing their loved ones, it’s an endeavor worth telling their stories for.

On the other side of the coin, positive experiences within the breast cancer community have also contributed to collective healing. Especially at a time where spirits are low in the wake of the pandemic, the success stories of cancer survivors cast a ray of hope to uplift and inspire.

One such survivor is MIT professor Regina Barzilay, who overcame and repudiated her breast cancer diagnosis in 2014 in full force to make strides in technology to save others from breast cancer.

Seeking answers as to why her own diagnosis couldn’t be found earlier, Barzilay completed an AI-based system in 2017 capable of breast cancer early detection by predicting whether a patient could develop the disease within five years.

Barzilay’s work landed her the AAAI’s inaugural 2021 Squirrel AI Award for Artificial Intelligence for the Benefit of Humanity, a $1 million honor awarding AI work with progressive benefits for society.

Climbing as a collective for Breast Cancer Awareness

Another survivor, writer, and attorney Kaye Steinsapir was diagnosed with stage three B invasive ductal carcinoma at the age of 39. As a breast cancer survivor and after overcoming her diagnosis, she has sought to share her experiences to help others who came to her aid during her struggles.

Steinsapir believes in the online community as a refuge for healing, having not just shared out her battle against cancer, but the tribulations of the loss of her daughter earlier this year as well. Her daughter, Molly had been put into the ICU after an accident that saw her suffer brain trauma when she reached out to Twitter for support.

“So many people shared stories of survival from traumatic brain injury,” Steinsapir told the New York Times.“The hope that all these strangers gave us was what sustained us. If we didn’t have that hope, I don’t know how we would have been able to do what we needed to do.”

As a cancer survivor, Steinsapir strives to be for others fighting breast cancer what the online strangers who had helped her through her daughter’s ordeal were to her.

I’ve always tried to reach back and help others. It really helped me to see and talk to people who were ahead of me who were on the other side of that mountain when I was trying to climb up. So I always reach back and try to pull people along.

With Breast Cancer Awareness Month in full force, Steinsapir’s experiences epitomize the very essence of how she and families impacted by breast cancer are healing: contributing and engaging with the lived experiences of others within a community.

Breast Cancer Awareness Month will last through the end of October. For information about early detection and other resources, click here. 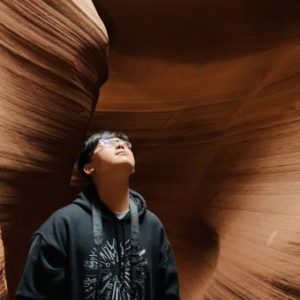 Previous ArticleWhy is Red Borneo Kratom for menstrual issues? Find out
Next ArticleWe love online nursing but is there a doctor in the house?
MOST POPPIN’