Silence is deafening: #TheShowMustBePaused is a boycott
By PAGE Magazine June 3, 2020

This weekend a social media activist movement arose, amid a national, and international protest for the anti-racism for Black Lives Matter which was founded in 2013 in response to the acquittal of Trayvon Martin’s murderer here in the United States.

Black Lives Matter is a global effort to build power to justice, healing, and freedom to Black people around the globe. Their mission is to eradicate white nationalism and the white supremacist mindset and intervene in violence against Black people and communities everywhere.

Tuesday, June 2nd, #TheShowMustBePaused initiative was implemented as an intentional disruption to normal business operations in observance of the racism and inequality that has existed in America from it’s earliest of days, transcending to today; “from the boardroom to the boulevard.”

Although TheShowMustBePaused is a considerable boycott to industry, this movement has been polarizing some and has created some confusion with the associated hashtag, #BlackOutTuesday. 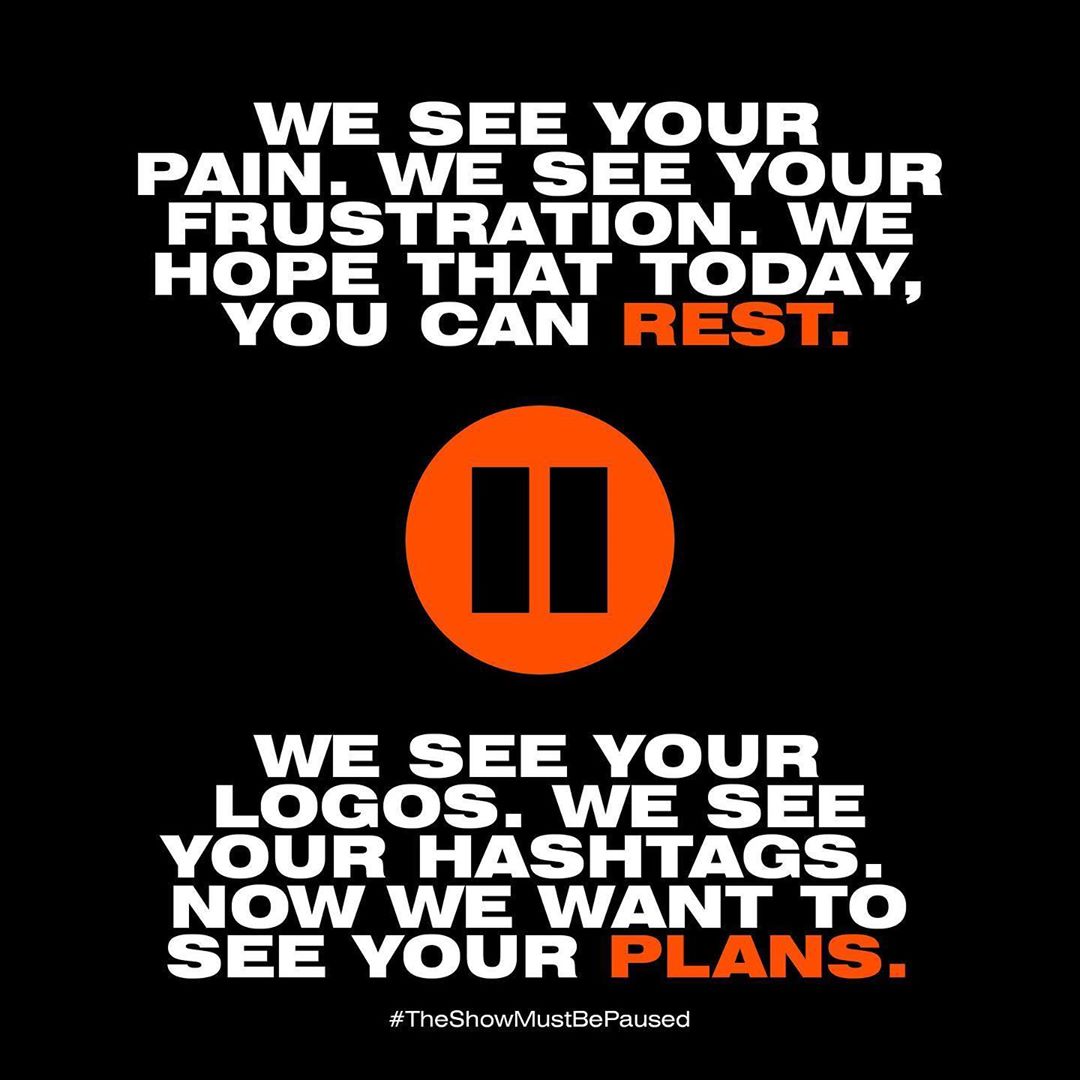 Founders of #TheShowMustBePaused, Jamila Thomas of Atlantic records and Brianna Agyemang of Platoon, announced this effort in solidarity with Black citizens who have suffered inequalities, and those who have been murdered by police, most recently, George Floyd, Breonna Taylor, Ahmaud Arbery and the many others.

As Black women in the multi-million dollar music industry, they have taken the day to seize in conducting any business as usual of any kind, from checking emails to releasing or recording any music, as a part of their mission “to hold the industry at large, including major corporations and their partners who benefit from the efforts, struggles and successes of Black people accountable.”

They used this time to heal and reflect through a conversation about the actions that need to be taken to support the Black community, millions of people began to post black tiles on their Instagram page to commemorate #TheShowMustBePaused.

As the black tile represented a moment of silence for those who posted it, others saw the effort as a distraction to the issue of #BlackLivesMatter…

Read the rest of this article on PAGE Magazine.

Previous ArticleJohn Boyega on the racist tone-deaf discussion on George Floyd's murder
Next ArticleProtesting in a pandemic: Here’s our guide to staying safe and smart
MOST POPPIN’