Will Black-Ops training keep Hoodie Melo in it for the love of basketball?
By PAGE Magazine August 29, 2019

Has anyone watched a Black-Ops run on Instagram lately? No, not COD! It’s an open-run basketball gym that professional basketball player Carmelo Anthony and pro trainer Chris Brickley founded – for the love of the game.

A love that is keeping Carmelo humble. But today, for the professional basketball player, Carmelo is struggling to find an NBA team who wants him to play the game he loves.

Granted, teams want players that they feel can take them far into the playoffs, Houston has opted out on Melo as a forward to help their team win a championship. 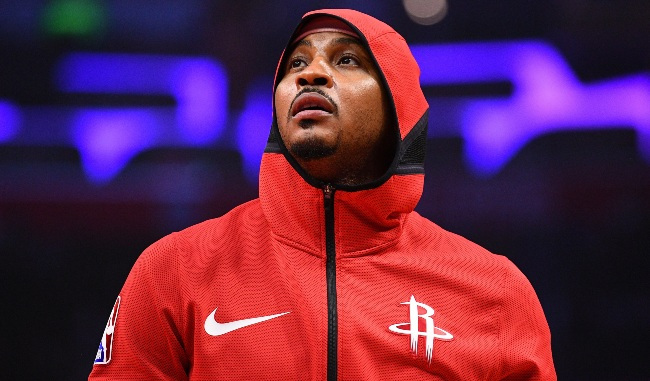 Stephen A. Smith recently interviewed Anthony and what he found, and myself is that Carmelo was seemingly blackballed by the Houston Rockets organization – if not the NBA.

Released by general manager Daryl Morey after 10 games (and $2.4 million), Melo was left to wonder “what (he) did” that he couldn’t “be apart of a 9-man rotation.” With no definitive reason, Anthony thought this may be “deeper the basketball.”

Anthony also stated his willingness to take an off-the-bench role which would be suitable for his age in today’s game.

Ironically, someone of his caliber, with his resume as a 10x All-Star, 6x All-NBA, 20,000+ points in the NBA (top 40), has bounced around the NBA in the past few seasons, going to the Knicks following Denver, then OKC, then Houston.

His jersey was the number one seller at one point while playing on the Knicks. This is someone that players have vouched for as a friend and a ‘locker-room’ guy whom everyone got along with. So it’s puzzling that he can’t find a spot on a team.

Carmelo Anthony was drafted 3rd in the 2003 NBA draft and was an immediate impact taking the worst team in the NBA to a playoff contender from 2004 – 2010.

From then he was at a steady pace to greatness with achievement after achievement and playoff appearances with the revived Denver Nuggets. The last player to garner achievements on the Nuggets was Alex English and Melo found time to break most of his records.

But, in 2006, Carmelo Anthony was offered a contract extension. And while seeking the bigger contract, “from a business standpoint”, Anthony wasn’t seeing the vision that NBA players LeBron James and Dwyane Wade had seen in efforts to unite as friends as well as teammates with hopes to win a championship together.

Anthony was “immature” in his decision making, he says. Lacking certain knowledge of the league and contracts, even clueless to the lockout, he only saw afterward that the landscape of the NBA was shifting. While James and Wade took 3-year contracts, foregoing the maximum contract offers, Carmelo Anthony wanted the most money possible as well as he was avid about playing in Denver.

Anthony wasn’t one to jump ship, having an “old school mentality” as Stephen A. Smith describes. When Anthony took a 5-year deal for $80 million, making claims of his immediate needs as a reason to, he may have set himself up for what we saw come after he took off the Nuggets uniform.

The Light at the End of the Tunnel

Initially, Anthony didn’t think to play with James and Wade was possible. Melo’s overlap in his contract essentially put him out of the bidding for playing with the two stars – we can only imagine.

In 2011 Melo demanded a trade to the Knicks where he was on a considerably just as good team as when he left the Nuggets.

Plagued by injury, the team never lived up to the hype, although making it to the sixth seed in the playoffs, with Amar’e Stoudemire and Chauncey Billups (also coming from Denver with Melo) injured. 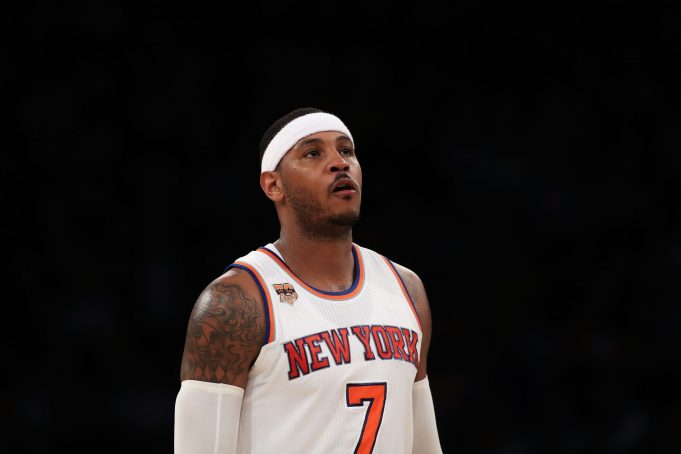 Hopes for better, the Knicks attempted to build around Carmelo, with the remaining Amar’e Stoudemire, Iman Shumpert, and Jeremy Lin (Linsanity-remember that), as well as Tyson Chandler.

Unfortunately, all those players sat out games due to injuries, through to the playoffs. Tyson missed the first playoff game for flu illness.

After a beef with team president at the time, Phil Jackson, Anthony demand a trade, and in 2017 he was off to Oklahoma City to play for the Thunder. But he did not stay. And this has been the narrative since.

Carmelo Anthony can still play and people want to see him play. His position is a small forward but he can transition into the traditional power forward as an option. He would put fans in the seats, for all you owners out there.

A fan favorite who should be apart of an NBA team, Carmelo Anthony can and should be offered a contract and I’m sure that team will get their money’s worth. Melo has been humbled and we have our fingers crossed, hoping to see him back on the court in uniform rather than a hoodie.

Previous ArticleStart the fall with WESLEE, the bi-coastal duo giving R&B a new sound
Next ArticleInside look: How the TIDAL A&R team taps emerging artists for the MIA Festival
MOST POPPIN’