When it comes to album roll-outs, artists have come up with all types of creative marketing schemes.

When Yeezus dropped, Kanye debuted the lead single “New Slaves” on buildings across NYC. Similarly, when Jay-Z’s 4:44 album came out, billboards with nothing but ‘4:44’ plastered on them popped up in across New York, providing no context, just stoking interest.

Blac Yongsta is a little different. He’s having a big booty give away. Yes, he’s literally paying for butt surgery for one lucky winner. In a collaborative effort with Dr. Miami, Blac Youngsta is offering a free booty to the lady with the best twerking video. 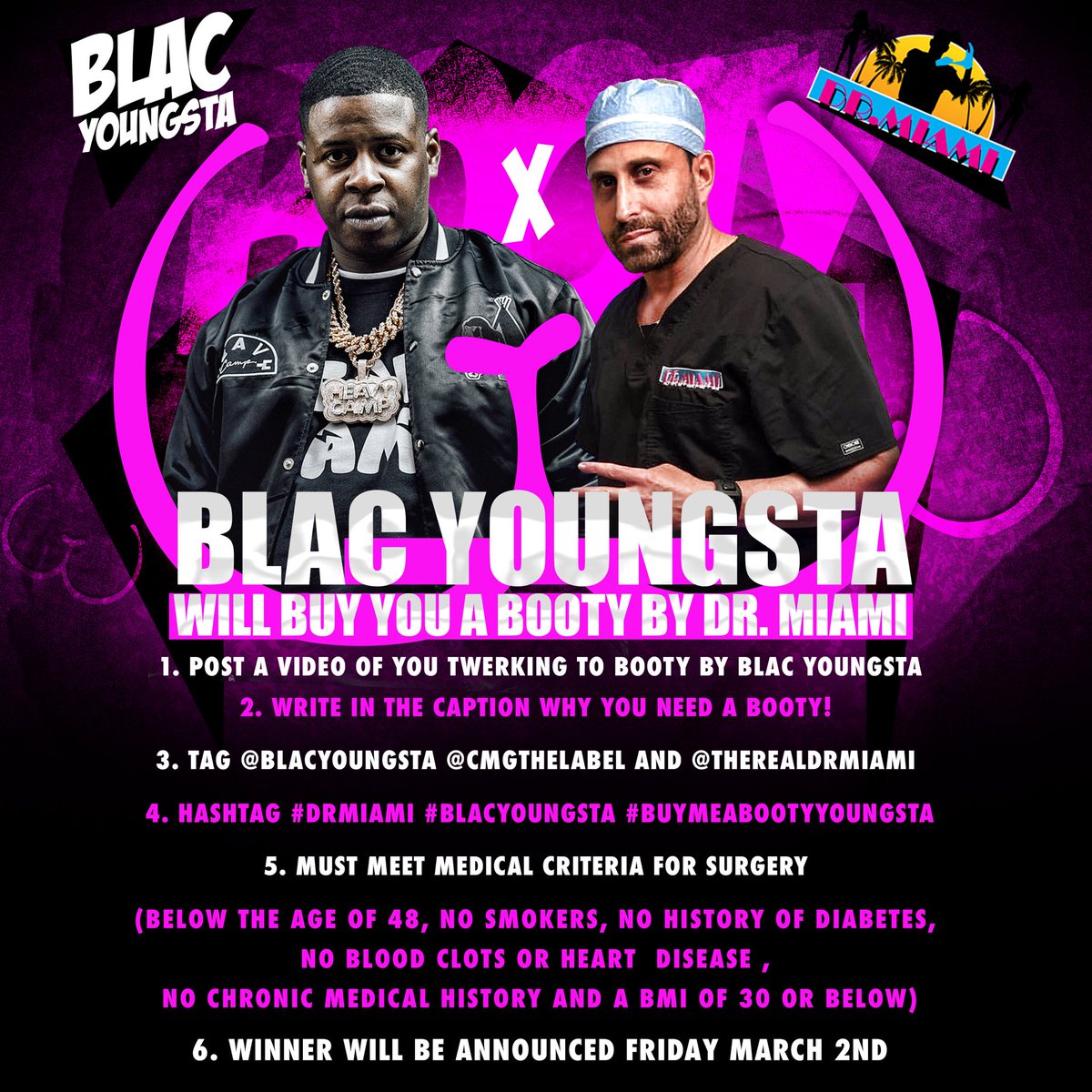 In an interview on Power 105.1’s The Breakfast Club, Youngsta goes into detail about the giveaway saying it was something that he had always wanted to do, and now that he has the song “Booty” he feels time is opportune.

“Booty” has been more successful than Blac Youngsta could have hoped for. The smash hit has become the unofficial strip club anthem and has been an incredible driving force for his debut studio album 223, which dropped today and the booty giveaway is adding to the interest.

To win the contest, you have to post a video twerking to his single “Booty”, write in why you need a new ass, tag the right people involved, and be medically cleared. The winner will be announced March 2nd.

Between his Instagram antics, personality, and the big booty giveaway, maybe Kanye and Jay should get their marketing techniques from Blac.

His new album features the likes of Travis Scott, Lil Yachty, French Montana, and a host of others and already has success with the “Booty” and “Hip Hopper”. Now, with women all over dancing to his album, I’m sure he’s going to receive more press than he would have otherwise.

All I know is that I’m interested in seeing who wins, as well as who enters to win.