Hypebeasts, sneakerheads, street wear kings and queens. Lend me your eyes and ears.

As an avid sneaker lover and a big fan of the NBA, it’s difficult not to be blown away by the heat on the feet of our favorite ballers in the league on a nightly basis. I grew up with an obsession for sneakers and have added quite a bit to my collection over the years.

Nike, Jumpman, Adidas, and more have only continued to make it easier for us all to empty our pockets for exclusive releases and retros. The sneaker game is never ending and the influence of these athletes is legit.

I sat down and thought about a handful of NBA ballers that have the illest collection of sneakers in the game, both on the court to off the court, listed in no particular order. Something tells me you’ll agree with most picks:

You might not know much about PJ unless you’re really into sneakers, the NBA, or his most recent team (the Rockets).

This dude has the illest collection of kicks and he’s not afraid to beat them on the court. You can catch him in a rare pair on a nightly basis.

Yeezys, Off-White Jordans, you name it… and he’s most likely laced them up for a game.

Tucker recently participated in a Complex Sneaker Shopping episode with Joe La Puma during a road trip for the Rockets.

He dropped a light $17K on kicks at Flight Club NYC.

CP3, one of the best PGs of our generation, and teammate of PJ Tucker’s, is also a big time sneaker head. He has his own sneaker as an illustrious member of Jordan brand but they aren’t the flyest in his collection.

What we will stress however is the insane amount of Air Jordan PE (Player Edition) that Paul owns.

He has an unbelievable collection of Jumpan kicks that’d make just about anyone jealous. Little Chris’ shoe game must be as serious as his pop’s.

Take a peek at CP3’s Ultimate Jordan Vault below:

Swaggy P is a bucket getter. Once he steps onto the court it’s hard to contain his shot.

Another part of his game that’s hard to contain? His sneakers.

Nick Young has always had a flare for the game with an insane sneaker collection to match. It’s even reported that Young has a separate house for his kicks.

He employs not one but two “shoe keepers” who oversee his 500-plus pairs of sneakers, a collection that includes Vans fitted with roller-skating wheels. Peep his collection:

Swaggy P has a tendency to flex his Yeezy collection, recently dawning the Yeezy Desert Rat 500 “Blush” for the Warriors.

He’s also rocked the Red Octobers as well as Yeezy’s 750 Boosts on the court. That’s how you earn the nickname Swaggy.

You surprised to see the King on this list?

LeBron’s sneaker catalog continues to grow with Nike to the point that they’ve started to retro his originals.

That’s right, the LeBron 1s have released in a few colorways again and everyone wants them. Peep DWade.

We’re certain Bron can get his hands on any pair he wants, but he normally sticks to his Nikes & Jordans.

His most recent model has been a hit and the All-Star rollout collaboration with Kith was a big success.

Of recent, we’ve also noticed Bron has a tendency to show off his sneaker game when the Cavaliers are sputtering. Stay tuned to your feed for his next IG Story flex to divert the haters from the Cavs current poor form and stay woke.

While DeMar has just recently become a household name amongst the NBA’s elite ballers, his sneaker collection has always been top class.

From Kobes to Foamposites, DeRozan’s game has progressively continued to match his skill. Take a peek at his favorite gems courtesy of Nick Kicks:

They’re DeRozan’s favorite type of sneaker to play in and most of his gameday Kobes contain a “Comp10” to keep him grounded.

It’s an ode to Compton, reminding him, and others, where he came from.

Well before his own signature sneaker with Jumpman you could catch Russ rocking the flyest Jordan PEs (Player Edition) in the entire NBA.

Take a peek at a few below:

With his intensity and charisma, it was only a matter of time before Russ locked in his own sneaker deal. Fittingly he stayed in the Jordan Brand family for his RW Why Not Zero.1 kicks.

They aren’t the most stylish model, but the fashionable Westbrook will take the creative direction to another level slowly but surely.

The reigning MVP can even make a pair of Air Monarchs look fly, so why not rock ’em?

Iggy holds his sneaker collection in the same regard as his game on the court: versatile. He’s always had a love for his kicks and echoes the fact that he chooses the sneakers he wants himself.

Iguodala isn’t much of a release roundup type of dude. He’d much rather own some exclusive PEs or a pair of kicks that have some meaning to him or in general. Peep his vast inventory of kicks below:

With a catalog of fly kicks of his own, Iguodala makes sure to bless his closest family and friends with pairs he doesn’t wear as often.

This allows him to continue adding to his collection to mix and match both on and off the court. The former NBA Finals MVP is killing the sneaker game! 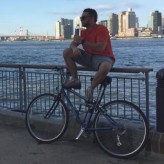