If we’d ask you way back in 2020 if you know Bella Poarch, you’d think of Tiktok right away. Now, Bella Poarch is for Dolls and “Build a Bitch” hit singer, content creator, and Tiktok sensation.

Bella Poarch and her traumatic childhood

Born in the Philippines in 1997, Bella Poarch was raised by her grandmother until age 3. She was later adopted by a bi-racial couple and was raised living on a farm.

At 13 years old, she immigrated to the United States with her adoptive family, leaving behind two older adoptive sisters. Little did she know how her life would completely change. Migrating to the US might seem like a dream but this wasn’t the case for Bella Poarch.

Bella described her childhood as a traumatic one for her and her brother. Both were forced to work on their farm in the wee hours of the day and not allowed to bathe before going to school.

She and her brother were also deprived of meals and sometimes hit whenever their father was not satisfied with the farm work they did.

Freedom found in the NAVY

Bella’s family lived with her aunt in San Francisco. At 17, Bella finally found her freedom by joining the NAVY just like her brother. She saw the NAVY as her only escape from her abusive family.

Poarch was stationed in Japan and she fell in love instantly with Japanese culture. Her time in the Navy also allowed her to finally trust people and be surrounded by people who genuinely cared for her.

Being the smallest in her team, Bella opened up about how her NAVY experiences empowered her and taught her that nothing was impossible despite her past, unsupportive family, and small size.

“It taught me that even if you’re the smallest person, you can do whatever you want. You can get through a lot of things.”

Bella shared how she cut off her adoptive parents but remains to be part of her brother’s life to this day.

In spite of Bella Poarch’s shy personality, her fame and work as a content creator have brought her closer to fellow Filipino-American content creators and many others.

Staying close with her fellow Tiktok content creators, friends, and her brother, her life couldn’t be more positive than ever.

As a Tiktok sensation

Bella Poarch is no stranger to the curiosity everyone had when it came to Tiktok and the buzz it was creating across social media. She joined Tiktok in the early months of 2020 and hasn’t stopped reigning the platform ever since.

Her TikTok video in August 2020 of her doing Millie B’s “M to the B” became the most popular TikTok of all time, with more than 58.7 Million likes as of this posting.

You might remember some of Bella Poarch’s first videos in the same format with the zoom feature and her cutesy facial expressions dancing to the tunes.

With the opportunities her Tiktok fame gave her, Bella pivoted this fame and young career towards her ultimate goal of becoming a singer. Telling her manager, Aryan Mahyar, about going to music, Bella and her team received laughter from record labels they talked to.

Thankfully, they were shut up by Bella Poarch’s ukulele covers of low-fi artist Shiloh Dynasty and the rest as they say is history.

Fighting against women stereotypes and female body stigma, Bella Poarch’s music doesn’t fall short of standing for girls and women who are breaking the gender role, body, and beauty expectations of society.

Whether it’s a message or snippets of her personal life, neither ever went missing from her music and official music videos.

One of her new singles, “Living Hell”, is described by Bella Poarch as her story about her real-life living hell during childhood, with the music video inspired by her experiences and her actual room back in the Philippines which had the color yellow.

Described as “dark pop” by Bella herself, her success story over a dark past is evident in her hits “Build a Bitch”, “Inferno” and now “Dolls”. Music and singing were her coping mechanism when she was young, now she’s using them to uplift other girls who look up to her.

“Looking at Beyoncé, she sang songs to uplift other people. Now, that’s what I want to do.”

Many have been said about people who became famous from Tiktok, both the good and the bad, and Bella Poarch is no stranger to the thousands of opinions on various social media.

But you have to admit, she makes her haters regret their hate and her fans excited and full of her light in every lyric, video, Tiktok, and just any Bella Poarch content.

If you got a kick out of her previous hits, stay tuned for Bella Poarch’s EP featuring Grims is out on August 12! 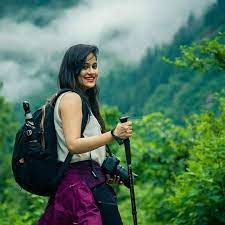 Previous ArticleWhat is Blackfishing? How to find out if you're a culture vulture
Next ArticleWho is Valkyrae? The gaming queen making the industry safer for women
MOST POPPIN’