As if 2017 couldn’t get whackier, photos of ‘The Last Jedi’s’ Laura Dern and former No. three NBA pick Baron Davis surfaced to the interwebs yesterday, making everyone collectively scratch their heads in confusion.

They’re cuffing heavy but already look like one of the happiest couples out there. 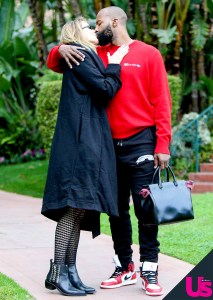 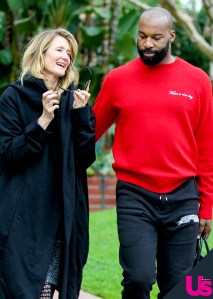 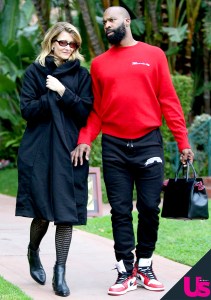 While the pictures were taken earlier this month, yesterday was the first time they were made public and, as you can imagine, people were up in arms.

DeMar DeRozan actually asked Laura Dern out before Baron Davis did, but she turned him down due to some bad experiences with Raptors in the past.

Tonight on All In: full hour-long special on Baron Davis and Laura Dern: The Couple America Needs Right Now

Good morning to no one,
except Laura Dern and Baron Davis pic.twitter.com/JumJbY9Dmr

It could be the she’s 50 and he’s 38 or that their professional lives differ, but for whichever reason it’s just hard seeing the two-time All Star and the Golden Globe winner together.

Yet, when you look deeper, they have a lot more in common than you’d think.

They both are from and live in California — Davis is from South Central LA and Dern Central Los Angeles — , they both have children from previous relationships and they’re both divorced.

Honestly, in 2017, that’s more than enough in common for two people to be together.

And while this may seem like a reach for Davis, Dern’s ex-husband is three-time Grammy winner Ben Harper and she was reportedly linked to Common last year.

is Laura Dern the white Erykah Badu? do it snap back like a Bernie Mac joke? pic.twitter.com/4470emaL0B

Yes, jokes will fly. The obvious age gap, as well as the rate in which it appears Dern is aging, are both sources of comedy right now.

Once the dust settles however, if they’re happy, they’re the ones who really determine the punchline.

Until then I’m going to try really hard to ease this imagination from my brain.

Previous ArticleRobot relationships will be a real thing soon, so get used to it
Next ArticleWho is Lil Skies? The PA rapper bringing back chill vibes to smoke to
MOST POPPIN’