Who is Nodis? 21 questions about his style, music, crush, and ex
PHOTO CRED: @nodismymusic
By PAGE Magazine July 29, 2020

Hailing from the D.C.-Maryland-Virginia area, the music artist Nodis is living life according to his vision.

Following in the footsteps of the music greats from his hometown, Pharrell, Timbaland, Missy Elliot, and The Clipse, Nodis is fusing pop sounds with a hip-hop flow.

Nodis found music at the tender age of 12-years-old. But at that time, in a city where there wasn’t much else for him to do, Nodis found drugs just as he discovered his own song.

A recovering drug abuser, he is humbled by his past and uses it to propel his music and life forward.

Making his way to Los Angeles, Nodis uses music to get his feelings across with the help of the Beat House LA label.

Speaking on his past relationships and toting his ambitious character, his music exemplifies a young man who is understanding of who he is and where he wants to go.

His style reflects his diversity in his music, and style isn’t a challenge for him but an opportunity to sartorial express himself like in his emotive music.

I hail from the land of Pharrell, Timbaland, Missy Elliot, The Clipse. 2 up 2 down. VA baby.

2. How have the past six months been for you with the quarantine and protests?

The world’s fucked up… I pray for better days, you know damn well I was out there protesting, fuck the police. 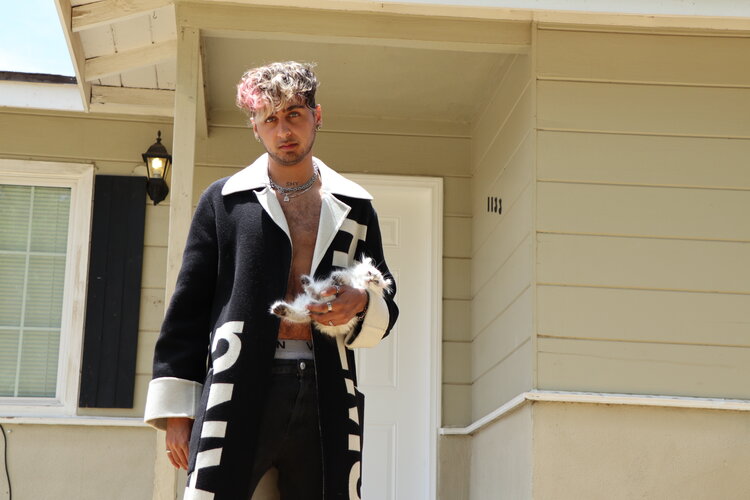 3. What was life like growing up in the DMV?

Well from ages 12 to 20 all I did was drugs, party, and bullshit since in VA there’s nothing to do but that and make music.

I started writing music when I was 12 cause I was getting high with all my older friends, they rapped, and I wanted to be better than them (which I was). 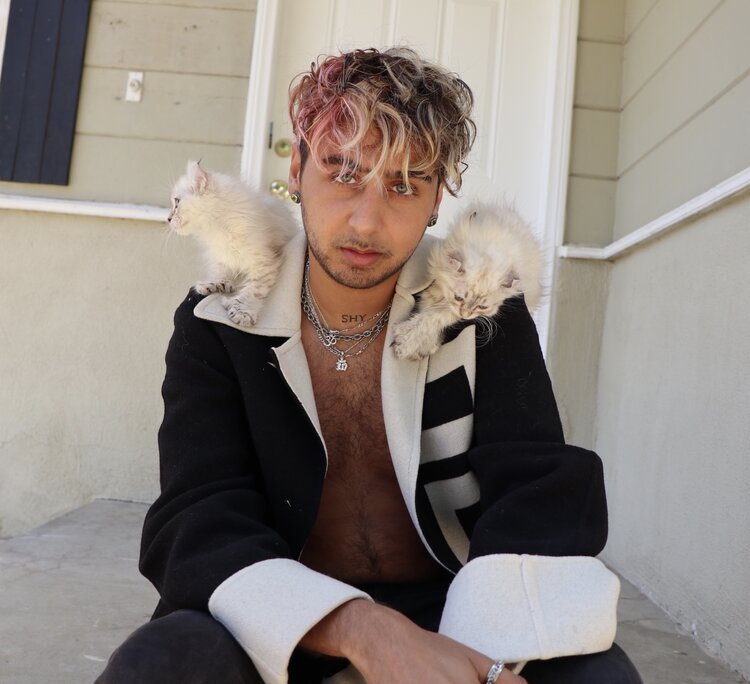 4. Are you a different person in LA compared to the DMV – usually old places hold certain stress?

“Nah no stress. The DMV has its own lingo, swag, and fashion and I love it.”

You got clothing brands like Solbiato in D.C. and everyone wears Helly Hansen jackets in the winter. People be saying “Fool” & “Endless” a lot.

Like, ‘Fool there’s about to be endless girls there I’m trying to tell you we got to float.’ I’m not about to let LA change me.”

5. Is Los Angeles the city everyone says it is? Especially now that you live there?

I put making music above sex.

If I never came here; I would never have access to unlimited studio time, I would of never of created “All About Cake.” I’d be stuck in VA, doing drugs, working at bum-fuck AT&T.

6. What was the starting point for making music and finding your fashion style to go with it?

I think I always had sauce.

I grew up skateboarding so I was rocking skinny jeans, girl jeans, all that tight fittin shit when I was like 9 or 10. I was always into weird shit.

7. What did pop music and rap do for your younger self and as you grew?

Well, my mom was a drummer in a punk band, so growing up she got me hip to all different types of shit… Earth-Wind & Fire, Smashing Pumpkins, Nirvana, NWA, 50 Cent… 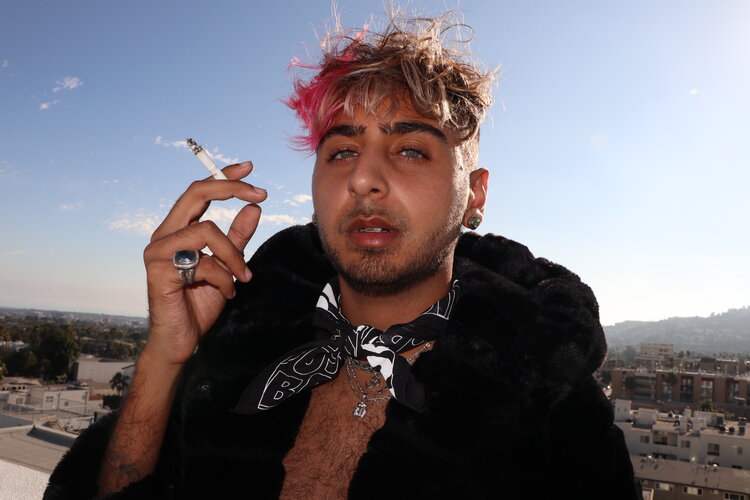 8. Which had more influence over you, pop music, or hip hop style?

Hip Hop for sure. 50 Cent – In Da Club was the first rap song I heard… I was hooked. I also remember really fuckin’ with Kanye’s – “Gold Digger,” then Lil Wayne’s Carter 3.

9. Who did you look up to growing up?

“Different skateboarders, for real… But when I was like 15 or 16 I started looking up to artists like A$AP Rocky, Schoolboy Q, TDE… Mac Miller. 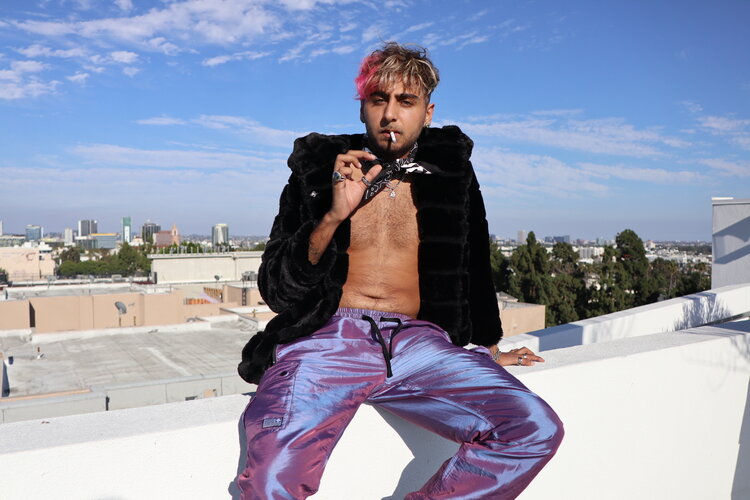 I heard the beat and I knew what I was going to do to it immediately. All my songs have some detail about my real-life scenarios.

Shit that people my age have experienced, details that girls and my friends will recognize.

‘It’s all good, it’s ok, she throws smack then she throws shade, where you at girl, on my way, snap me pics she my top 8, tell her friends that we best friends but yes I hit like yesterday’.

11. What fashion brands do you wish you could collaborate with and why?

Young & Reckless, The Hundreds, Thrasher, Pink Dolphin… Cause I was rocking there shit growing up and I still fuck with them, I think it’d be dope to collab with them.

Read the rest of this Q&A on PAGE magazine.