June3rd takes it to another level as he makes his way to “JEMENI”
PHOTO CRED: @june3rd
By Natalee Gilbert September 17, 2020

Florida-based, Los Angeles-native, June3rd, proves that there is power in speaking his truth.

Over genre-blending soundscapes, the musician uses full transparency to talk about his life, experiences with love, and accomplishments. Likewise, the singer-songwriter breaks the stigma about showing emotions, only proving that it’s okay to be vulnerable. In turn, June3rd hopes to resonate with those who are listening.

He describes himself as an introvert, a creative, loyal, and determined man who is persistent for the things he wants out of life.”When you listen to me, I want you to feel like you’ve been in the same situation before,” he explains.

“My sound is based on blatant honesty. I say a lot of things other artists don’t say. Everyone has feelings and a unique way of expressing them, so I look to be the voice for people who aren’t as sentimental but still want to get their points across without putting on a facade.” 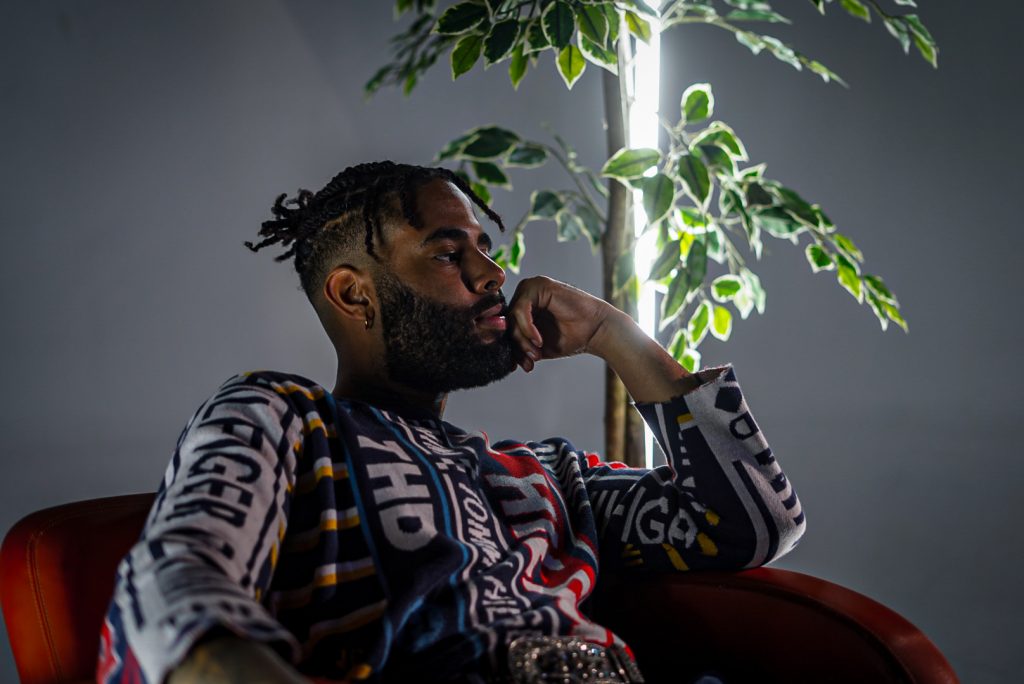 Vocally, he carries a mesmerizing falsetto range, which meshes well with a plethora of groove-worthy beats. Some might compare his crooning to the likes of The Weeknd and Trey Songz. His musical styling dabbles in trap, hip-hop, and alternative R&B.

Contrary to assumptions, June3rd’s pseudonym doesn’t signify a particular date. In actuality, the name pays respect towards his late grandfather. June’s end-goal was to keep his name alive.

“I got the name from my grandfather. His nickname was June. When he passed away, I wanted to keep the name alive, so I put a twist on it to be the June of the third generation,” he says.

After being introduced to icons like DMX and Boyz II Men, The Fugees, K-Ci & JoJo, and more by his father, June3rd began to admire different music styles.

And though he admits to being so bad with recording, it didn’t stop him from honing his craft. Over time, June3rd fell in love with getting better, and he hasn’t stopped creating bangers since. He’s inspired by himself.

“I doubt I would have been so passionate about music, as I am now if it were so easy at first,” he continues. “The challenges in finding out who I was as an artist made me fall in love with the process.”

Lights and good vibes keep June3rd motivated in the studio. Hearing the melodies also amps him up about the forthcoming records.

In 2016, he moved from Florida to Los Angeles and continued writing out of Eric Bellinger’s studio. He made his debut with the single “Thirsty,” which garnered 3.1 million Soundcloud plays as he further developed his sound’s staple.

Additionally, June3rd has collaborated with NBDY on his single, “Fraction,” and Gianni & Kyle on their track “hit my line.”

this life is something I would die for… 💸

Currently, June3rd is readying for the debut of his album JEMENI. The project is said to explore the mindset of someone struggling with commitment and relationships. It’s a tug of war between what they’re hoping for and what’s happening. They can either choose to give 100 percent to their love life or be single and face the consequences.

Even though June3rd is still adding some touches to JEMENI, he’s getting his fans excited for it by dropping visuals and teasing the songs’ snippets.

One track he enjoyed making was “Ocean Drive” because the creative process was a vibe. Likewise, he recommends listening to “Friends” in the car. As for theme songs, June3rd lists them all as the soundtrack to his life. The only difficulties he overcame while making JEMINI is finding out what’s missing.

Standout tracks include “Wait 4 It” and “1942,” which have already gained much traction, following their release.

“Wait 4 It” is a warm, upbeat R&B offering that carries 808 slides, wind percussions, soft harmonies, and a booming bassline.

Lyrically, “Wait 4 It” centers on a couple’s built-up excitement after not seeing each other for a long time. As the song continues, June3rd uses a velvety register to detail what the two will do through the late night and their lovemaking techniques.

“She gone use two hands, she ain’t saying grace,”  he delivers.

Elsewhere, he expresses his admiration for her, saying, “Got my full attention/She my new obsession.” He also would like to know how to keep her smiling. June3rd wrote the song alongside RIAA certified platinum writers/producers Dream Addix. “Wait 4 It” is accompanied by a visual that’s directed by Sony Boiz.

Each shot sees the musician having intimate moments with a beautiful woman he’s interested in. Once he arrives at her home, they caress each other in the bedroom, living room, and kitchen.

Generating over 100,000 streams in a few weeks on Spotify, “1942” sees June3rd boasting about his exclusive drip, jewelry, and latest successes. To add, the artist tells all about his charm, ways with women, and getting to the bag.

Deeper into “1942,” June3rd also warns smack-talkers, saying, “My nigga got the glizzy on his hip/just in case a nigga want to trip.” Sonically, the song carries an atmospheric R&B soundscape. The elements are a booming bass, hi-hats, wind percussion, kick-snares, and piano loops.

Between scenes, you’ll see the aftermath of a crazy party. Once one of June3rd’s friends show him a video of what happened, it seems like June3rd has no recollection of what happened. Following this, the music video gives a backstory of what went down that night.