5 activists advocating against the scars left from gentrification
PHOTO CRED: Photo by Bruno Figueiredo on Unsplash
By Carmen Foo October 25, 2021

As gentrification continues to plague communities of color we have to wonder who are the activists advocating against gentrification?

Gentrification has always been very much a prevalent issue surrounding communities. Its impact targets communities that obtain significant cultural identities that are vulnerable.

Here are some activists and organizations that have kept communities together and have fought against the harsh impacts of gentrification in their communities.

1. Corky Lee‘s activism against gentrification lives on through photography

His photos have revealed the effects that Asians in America have dealt with through civil rights protests and racist immigration legislation.

These intimate photographs have portrayed real-life hardships within the Asian community living in America. Challenging the universal notions of photography, Lee is the definition of photographic justice.

The original photo commemorating the completion of the first transcontinental railroad in 1869 did not include Chinese laborers.

Visualizations of minority struggles create impacts to community organizing because it goes against ideas such as the model minority myth. His work represents communities that continue to spark conversations that are important in going against situations such as gentrification.

His photographs reveal the severeness of gentrification, and the pain that it has left with the Asian and Asian American communities.

Lee passed away in January of 2021 due to COVID-19, however, his work ensures not only a photo but a story that serves justice.

2. Community Movement Builders (CMB) have one goal in mind

CMB goes against operations that hurt communities such as xenophobia, capitalism, and classism. Their passion is to help create a world that is free of oppression ridding all harsh impacts towards communities.

The fight for the immediate end of gentrification to create a safe path to affordable housing is one of their many exercises against gentrification. Their emphasis on improving and investing in community development that lasts is significant in achieving their goal.

Sociologist and professor, Kai Wen Yang has been an activist against gentrification through extensive research and background analysis.He shares his work at international conferences on topics such as systems and capitalism.

His work with displacement and immigration has been seen from advocating for workers’ rights by using organizations such as Aint I a Woman, a platform that advocates for women of color on anti-sweatshop activism.

Yang has fought for securing livelihoods and stability against gentrification within communities and through education systems.

Wong is a Chinese American who was born and raised in Flushing, Queens, New York City is an Assistant Professor at Rutger University.

Her specialty is in political science that is specifically tied to the Asian diaspora and the urban immigrant experience. Wong’s work is tied within the community of Manhattan’s Chinatown by focussing on intergenerational resistance towards gentrification.

She uses ethnography, participatory mapping, archival research, and works with people who have helped build the true colors of Chinatown.

The impact to her community, and to many who call Chinatown their home from home has made big differences in tying down culture. People living within Chinatown have been harshly affected through business and housing aspects due to gentrification.

The heart and soul of Chinatown are from its people, and to strip away these cultures from gentrification is a shame. Wong’s impact strengthens and links the soul of Chinatown. Take a look at her website on her work and plans for the community.

5. Tom Angotti is an activist against gentrification through urban planning

Angotti, also a professor, targets gentrification on the aspects of urban planning. He founded the Center for Community Planning and Development which is a platform that promotes knowledge and innovative practices in community development.

It has formed projects that address affordable housing, and community economic development that is against gentrification.

His website displays the different impacts and perspectives of gentrification through statistics and facts that reveal the brutal impact on communities.

Take a look at his article about the high rent increases within real estate properties that have caused evictions and buyouts. 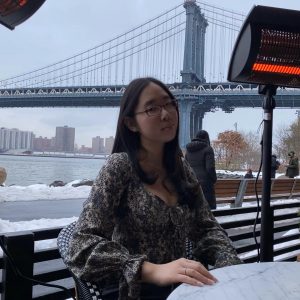 Previous ArticleWhat does an HBCU homecoming sound like? TIDAL passes the aux
Next ArticleWhy is Red Borneo Kratom for menstrual issues? Find out
MOST POPPIN’