The growth of 21 Savage: Why his new album gives hip-hop hope

21 Savage’s second studio album, I Am > I Was finally arrived this past weekend (Dec 21st) and is already stirring conversation.

Words like “growth,” “surprising,” and “tender” are being used to describe 21’s sophomore project and some are already considering it as an album of the year candidate despite only being out for a week.

First week sales aren’t in but, already, responses have been overwhelmingly positive, especially to his artistry and skill-set, which is surprising given he was deemed a “mumble rapper” upon first hitting the scene.  In fact, it’s safe to say he was known for the meme than he was for actually rapping at one point! 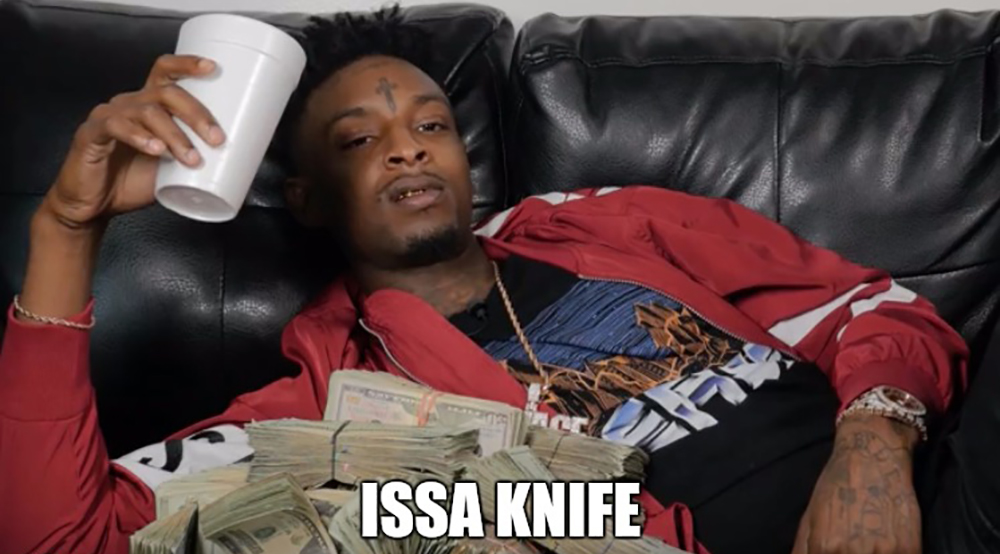 Still, praise is nothing new to 21 Savage.

Ever since the uncle of his late friend gave him money for studio time he was able to get off the streets, which, in turn, led to early releases like The Slaughter Tape [2015] that turned him into an underground legend in Atlanta.

He was apart of the 2016 XXL Freshman class, got three double platinum-selling songs (“Bank Account,” “X,” and “No Heart”), two gold-certified projects (Issa Album, Savage Mode) and a chart-topping song (his feature on Post Malone’s “Rockstar,” which went No. 1 on the Billboard Hot 100 chart for eight weeks).

Besides the street legend that proceeds him, he’s incredibly marketable and always manages to remain relevant, and on his own terms; whether by going viral in an interview or by adding his signature sound to a feature.

That’s what makes the reception I Am > I Was significant. For an artist to already have the success 21 has, still find ways to continue to grow, means there was a clear leap in development.

He tapped into something deeper when he really didn’t have to and while the project still had its fair share of violence, what you can tell from the moment you listen to the first second of the track one, is that 21 actually had something to say.

And you can tell by who recruited that he meant business.

Out now let’s change the world >

“Bank Account” is arguably 21’s biggest solo hit and still a club favorite. The rest of his previous project, Issa Album, is a portrayal of what people love the most about 21 — his traumatic past. I Am > I Was goes way deeper.

What critics and listeners could possibly be picking up when they hear Savage’s new album is an ongoing change that’s been occurring since leaving his former life that’s now transferring over to this music.

drop a 🗡 if you ready for my new music 😎

In a conversation with XXL earlier past year, he spoke on fatherhood and how he’s shooting for being more than just a role model saying,

“Role model, as far as my kids, I try to be more like a superhero than a role model ’cause I don’t want them to go through what I went through like, growing up and stuff. So, I spoil the hell out of my kids. They say you don’t ’posed to, but they come over here, they play video games ’til five in the morning. They do what the hell they want to do.”

Dad’s house is lit. Father to three children — Kamari, 5. Ashaad, 3; and Rhian, 3 — it could be spending time with them that has made this new “tender” 21. After what he’s been through it was only a matter of time before 21 began to evolve.

“Keep da money, cars, fame and jewelry, and just give me all the happiness, I’ll be good forever… I been shot, stabbed, lied to, cheated on, hated on, betrayed, held back, left out, counted out, locked up, broke, rich, homeless, and everything else you can think.”

21’s newfound maturity could be that because he’s been practicing the West African Ifá religion passed down from his Haitian and Dominican family or possibly because he spends most of his time with his kids.

He’s also been working to acquire a pilot’s license (he’s been infatuated with planes since a kid), so who knows where this non-dark side really stems from. Either way, I Am > I Was captures 21’s human side much as it does the Savage side.

The most important revelation from 21’s new album, however, above developing storytelling and penmanship to his arsenal, is proof that artists in today’s generation can still develop and grow. 21’s old stuff was great, but artist development is a skill set that only a few have mastered. It’s what keeps Jay-Z relevant and what we can only hope younger artists want to aspire to achieve.

While you cannot condemn the Lil Yachty’s, Famous Dex’s or Rich the Kid’s of the world, you also want to hold them accountable to grow as well. You don’t want artists to plateau, and 21 has done all but that.

21 has set a precedent that we ought to extend to every SoundCloud or perceived mumble rapper that comes up next. Growth and maturation are possible in hip-hop and 21 Savage is the latest proof.

Previous ArticleIs freelancing really the wave? Why the gig economy isn't what it seems
Next Article8 times artificial intelligence proved it's already smarter than humans
MOST POPPIN’