With the waves of sneakers still rolling out, Kanye West has previewed his version of the infamous Croc shoe with Yeezy-Esq features.

The Yeezy foam runner was unveiled by @yeezymafia via @thefacemagazine with a pair sexually ambiguous models on an R 1200 RT BMW motorcycle, sporting some of the Yeezy brand basics that complement the art direction; powder blue sweatsuit for the guy, nude bodysuit for the girl.

But, getting the most attention was the fact that the people had a hard time understanding Ye’s concept for the runner. 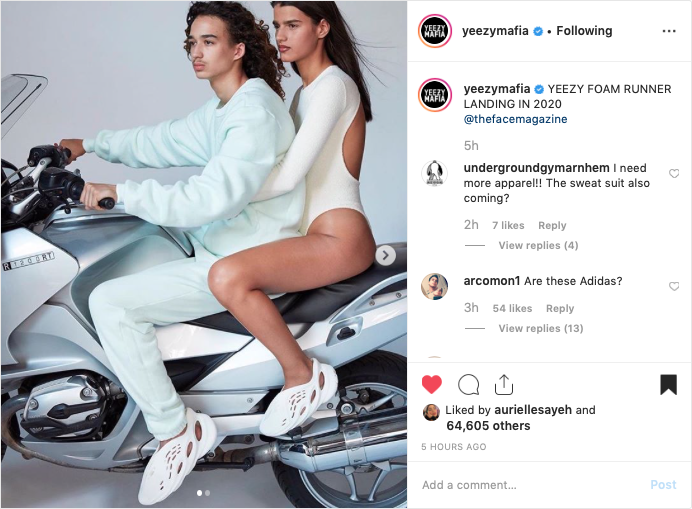 Where are you Yeezy?

In the comments was foul language degrading the shoes for their alienated look and Yeezy fans were confused if the kicks were even made by Adidas. One person even went ahead and said they just seemed to be overpriced Crocs.

With Yeezy Season, and other brands that have crafted such style, forging the Dad Fashion wave, Yeezy boost sneakers have become wildly successful over the years, and the “dad shoes” have turned the sleek Yeezy look on its head.

The comments tend to pick as you read along — if Kanye wanted people to talk about him, they are talking honestly about what he has done with these sneakers. 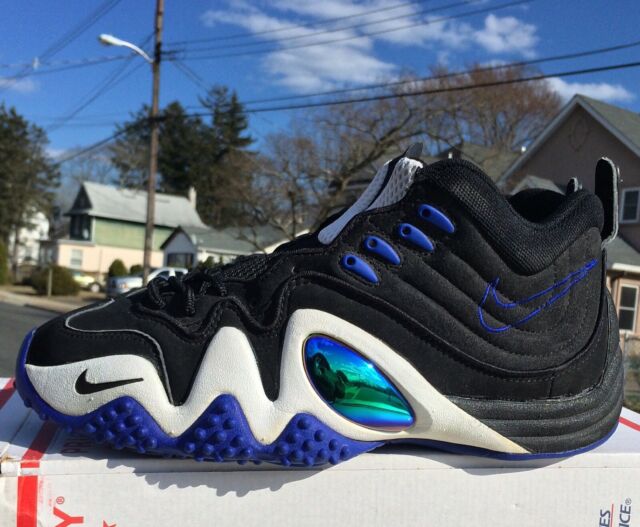 To me, they look like the skeleton of the 1997 Jason Kidd Nike Air Zoom Flight Five V Uptempo Force Max. With the DNA of crocs, these shoes are polarizing within the hypebeast community.

I’m sure people will buy these for whatever reason, but to become as popular as the Waverunners or even “any-number ‘50s” would garner Kanye as an innovator of style to the masses. 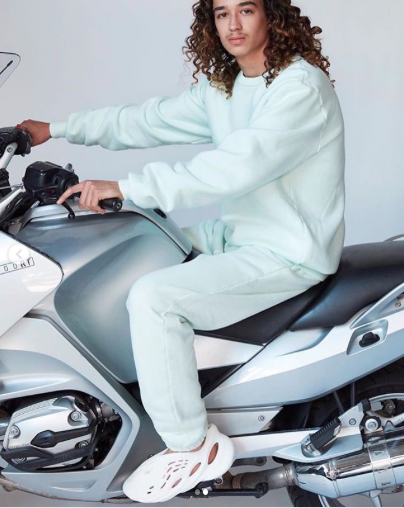 I don’t imagine wearing Crocs like I wear, say, Birkenstocks. Also, seeing Kanye’s style go from hyper to anti-anti, these Yeezy Runners are met with the same energy from his fans.

We don’t need to understand the shoe as much as we do Kanye and as fashion is interpreted, the comments don’t do any service to those who see a spot for these on their shoe racks or box stacks.

If you’re into having wind between your toes when running, partying, or just kicking it as a regs hypebeast person, and want to be uniquely stylish doing it, these might be the shoes for you. They are dropping in 2020 so keep a lookout for the space-age designed runner from the Yeezy team.

YEEZY FOAM RUNNER LANDING IN 2020 Photo by @roeethridge for @thefacemagazine

Previous ArticleLorene Scafaria's 'Hustlers' is the empowering flick we all need right now
Next ArticleCuddle up fam: Will cuffing season defeat the Hot Girl Summer?
MOST POPPIN’